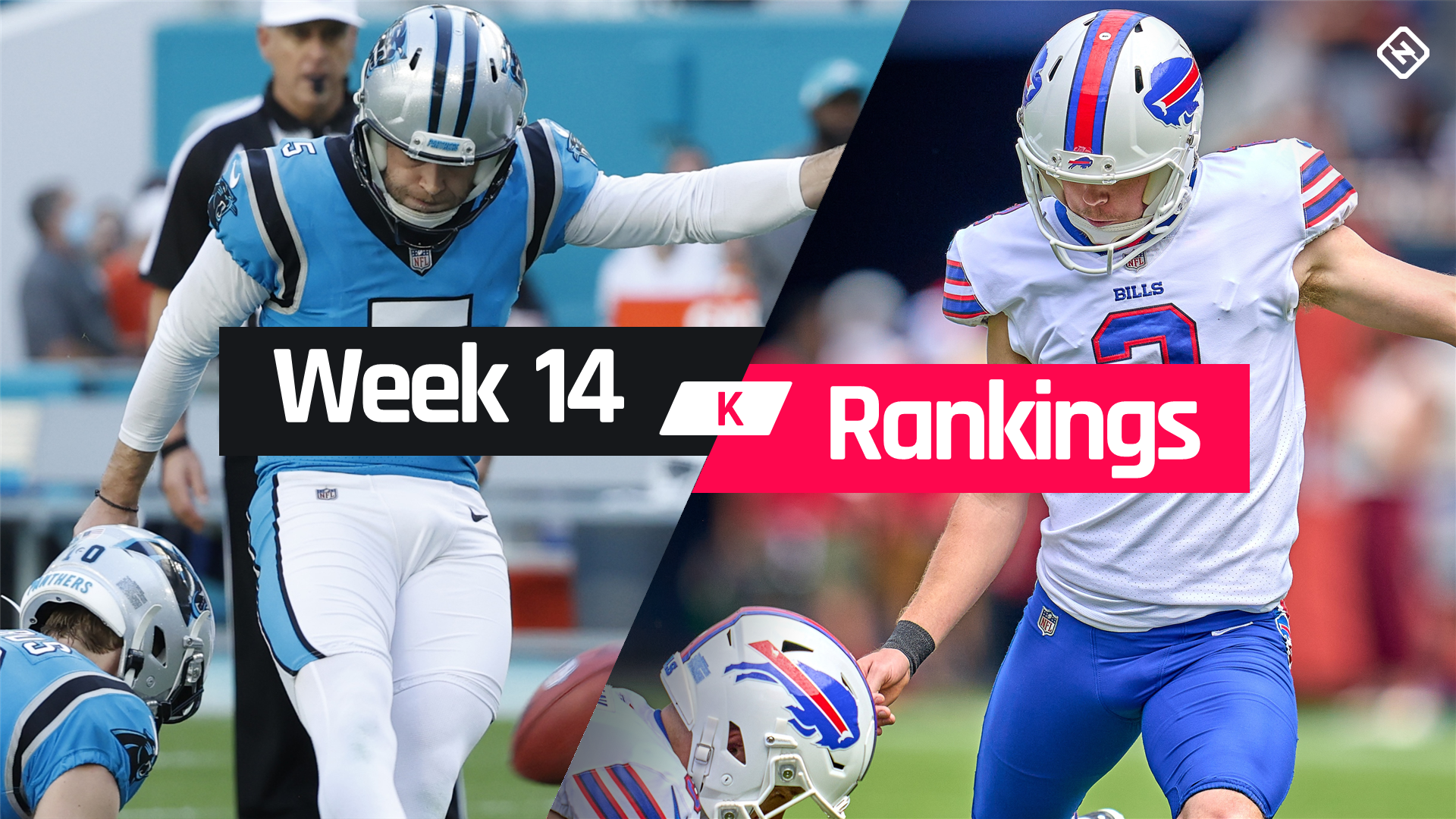 You made it — the last week of the fantasy football regular season. If you’re headed to your playoffs, then congratulations. If you’re not…then why the hell are you wasting your time reading our Week 14 fantasy kicker rankings? There has to be better things in life you could be doing right now. We’ll assume if you’re still reading, then you have your eyes on the big prize.

If that’s the case, then every lineup decision, even kicker, is important. Unfortunately, kicker is probably the most difficult position for which to plan, so we can only help you so much. Heading into this week, several players stand out based on matchups, including lower-owned guys like Brett Maher (@ Jets), Brandon McManus (vs. Lions), Mason Crosby (vs. Bears), and Graham Gano (vs. Chargers). Unfortunately, none get the benefit of playing indoors this week (though McManus gets a slight bump being in Denver’s thin air). If you’re looking for a favorable, indoor matchup, Jason Meyers (@ Texans) is your best bet.

Fortunately, there are several highly owned kickers with top matchups. Chris Boswell (@ Vikings) and Greg Joseph (vs. Steelers) could give their owners nice starts to the week (with no weather concerns), and Harrison Butker (vs. Raiders) is in a good spot, too.

Of course, as we also caution, you shouldn’t go overboard looking at matchup stats with kickers. Guys like Matt Prater (vs. Rams), Tyler Bass (@ Buccaneers), Matt Gay (@ Cardinals), Zane Gonzalez (vs. Falcons), and Ryan Succop (vs. Bills) have been steady all year and are still in play this week despite mediocre matchups. Prater and Gay have the advantage of kicking indoors, too, and at this point in the season, that could be worth a lot.

Ultimately, kicker remains a wild card spot every week. Most fantasy owners are just sticking with the guys they’ve had all or most of the season, and that’s probably the way to go. Unless there are legitimate worries about weather or a team’s offense, any kicker could have a big game in any given week.

Note: We’ll update these kicker rankings as needed throughout the week, so check back for the latest player movement.

One thought on “Fantasy Kicker Rankings Week 14: Who to start, sit at kicker in fantasy football”