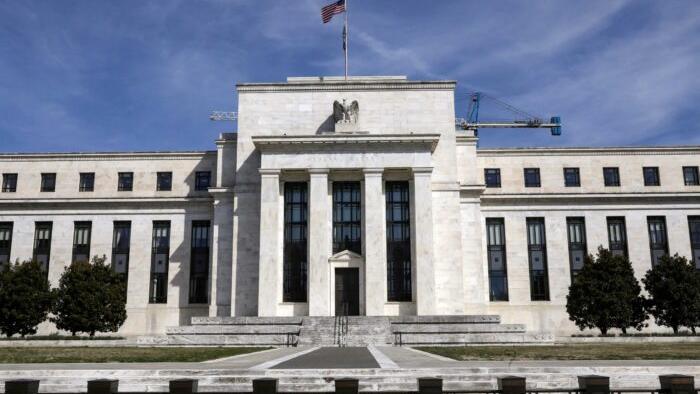 
Authored by Steven Van Metre via The Epoch Times,

Last week, the Fed was handed an unexpected gift as first-time jobless claims fell to the lowest level since 1969, which gives the Federal Reserve the green light to continue tapering its $120 billion monthly purchases of U.S. Treasury and mortgage-backed securities. Given the Fed’s dual mandate of maximum employment and stable prices, low unemployment claims along with a low unemployment rate allow the Fed to focus on combating inflation.

To fight inflation, the Fed only has two policy tools. The Fed can raise the federal funds rate, which is currently at 0 percent, and it can taper or reduce the size of its balance sheet. While those two tools are good at fighting monetary inflation, or rising prices associated with money printing, neither are useful for fighting supply-chain inflation.

The Fed isn’t concerned about how inflation manifests itself but only its ability to fight inflation. At the Federal Open Market Committee’s Nov. 3 press conference, Fed Chair Jerome Powell announced the committee has decided it was appropriate to reduce its asset purchases.

For the Fed, the need to slow the rate of inflation is a matter of maintaining credibility. Congress has assigned the role of maintaining stable prices to the Fed, which has determined that 2 percent annualized inflation is a reasonable target. With the Consumer Price Index rising at a rate of 6.2 percent on a seasonally adjusted rate in October, there are serious political ramifications for Congress should the Fed be unable to control inflation.

Politicians are nervous about the upcoming November 2022 midterm elections as voters tend to have a negative reaction to inflation—particularly when wages are running below the rate of inflation, which they currently are. As of October, total private average hourly earnings of all employees rose at an annualized rate of 4.9 percent, falling well short of the annualized increase in consumer prices.

The problem for politicians is that voters tend to place the blame on those in power by voting them out of office. With President Joe Biden’s renomination of Powell to chair the Fed for another term, he’s placing his party’s future on Powell’s ability to control inflation. While Powell will slow the rate of inflation, the outcome isn’t one either political party wants.

Historically, the M2 Money Supply, which includes cash, checking deposits, and easily convertible short-term money, grows at an annualized rate of approximately 6 percent per year. At its height during the pandemic, the M2 money supply rose more than 27 percent annualized and as of October has slowed to 13 percent annualized.

As the Fed reduces its asset purchases, which require an increase in commercial bank deposits, the growth rate of the money supply will fall below its trend rate of 6 percent per year. With less money being created by the financial system, consumers will be unable to afford higher prices. By rejecting higher prices through lower consumption, consumer prices will fall.

In the short term, due to continued supply-chain disruptions, consumer prices are likely to stay elevated. Food, energy, and rents remain high, which will have a direct impact on cash-strapped consumer budgets. Consumers will be forced to reduce their discretionary spending as a larger percentage of their budgets gets allocated to food, energy, and rents.

This is a similar story to that which led up to the Great Financial Crisis, where consumer price inflation outpaced wage growth and the growth rate of the money supply slowed. Consumers then were unable to afford higher prices, which in turn led to a reduction in consumption along with the inability to keep the red-hot real estate market rising. What followed was a financial crisis that nearly destroyed the global financial markets.

While the Fed will be focused on fighting inflation by reducing its asset purchases in the months to come, Powell and his committee seem unaware of how they’re keeping the economy afloat. As the Fed reduces its asset purchases, the growth rate of the money supply will fall below trend, and the economy will likely find itself mired in another financial crisis.

[ZH: Do not forget that the market is already expecting a major policy mistake (or flip-flop), pricing-in a rate-cut between 2023 and 2025…]

Just like the Great Financial Crisis triggered a deflationary crash, the next financial crisis will do the same. While many politicians and the Fed are worried about inflation, as long as the Fed continues to reduce its asset purchases, inflation will be the least of its concerns.

In the meantime, the Fed has the green light to proceed, and you can expect it to until something breaks.