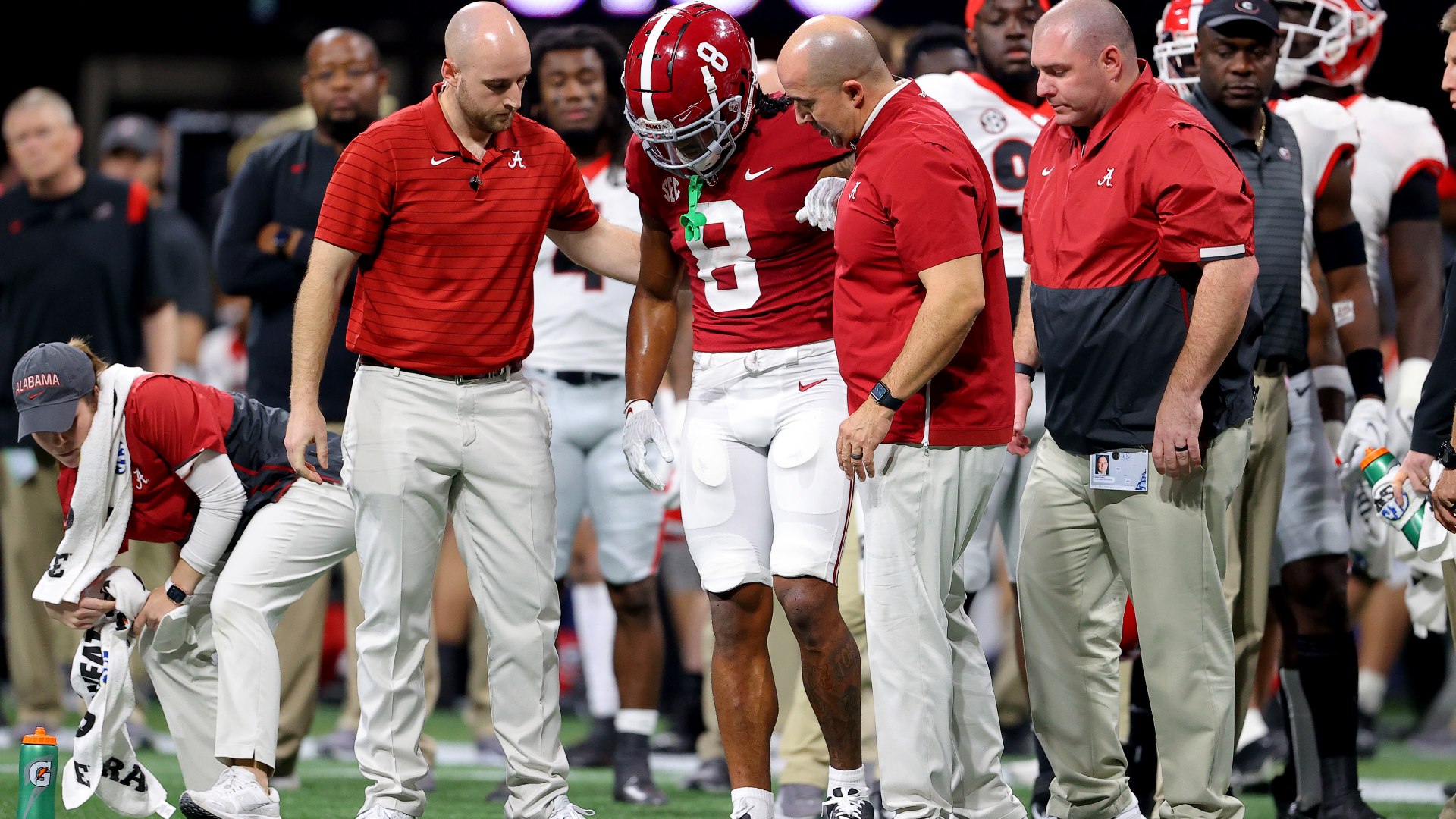 Metchie, who was second on the team in receiving yards and first in receptions coming into the game, suffered what coach Nick Saban called “a leg injury” with 56 seconds remaining in the first half against Georgia while running a route. It was announced after halftime that Metchie wouldn’t return.

Metchie was down on the field after running his route. Trainers attended to him before he walked off the field gingerly under his own power.

As he Metchie made his way to the locker room, the Alabama fans at Mercedes-Benz Stadium in Atlanta showed their support for him.

No. 3 Alabama led No. 1 Georgia 24-17 when Metchie was hurt. It is looking to repeat as the College Football Playoff national champion.