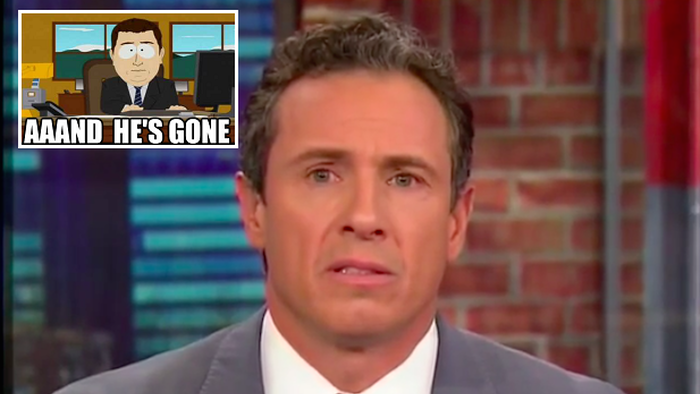 
CNN star anchor Chris Cuomo was fired on Saturday, just days after the network suspended him amid an internal investigation into his efforts to help his brother, former Governor Andrew Cuomo, fight a sexual harassment scandal.

“Chris Cuomo was suspended earlier this week pending further evaluation of new information that came to light about his involvement with his brother’s defense,” read a Saturday statement from CNN. “We retained a respected law firm to conduct the review, and have terminated him, effective immediately. While in the process of that review, additional information has come to light. Despite the termination, we will investigate as appropriate.”

As the New York Times reports, the announcement is a ‘stunning downfall’ for the network’s top-rated anchor who had – up until last month – enjoyed the support of CNN president Jeff Zucker. He notably faced no discipline for strategizing with his brother’s political aides – ‘a breach of basic journalistic norms.’

Brian Stelter of CNN‘s “Reliable Sources” predicted Cuomo would be back in January. Whoops.

Brian Stelter, CNN’s chief media correspondent, said he believes it is possible that Chris Cuomo will be back on air in January.https://t.co/NQhLpmz2CP

Chris Cuomo’s undoing came after the NY Attorney General released a batch of testimony and text messages on Nov. 29 which revealed Cuomo had played a far more intimate and direct role in his brother’s damage control.

In May, CNN anchor Jake Tapper spoke out publicly against the Cuomo brothers – saying that his colleague had “put us in a bad spot,” adding “I cannot imagine a world in which anybody in journalism thinks that that was appropriate.”

Rabobank: There Are So Many False Flags Being Waved It Looks Like A Semaphore Competition

The C.D.C. concedes that cloth masks do not protect against the virus as effectively as other masks.