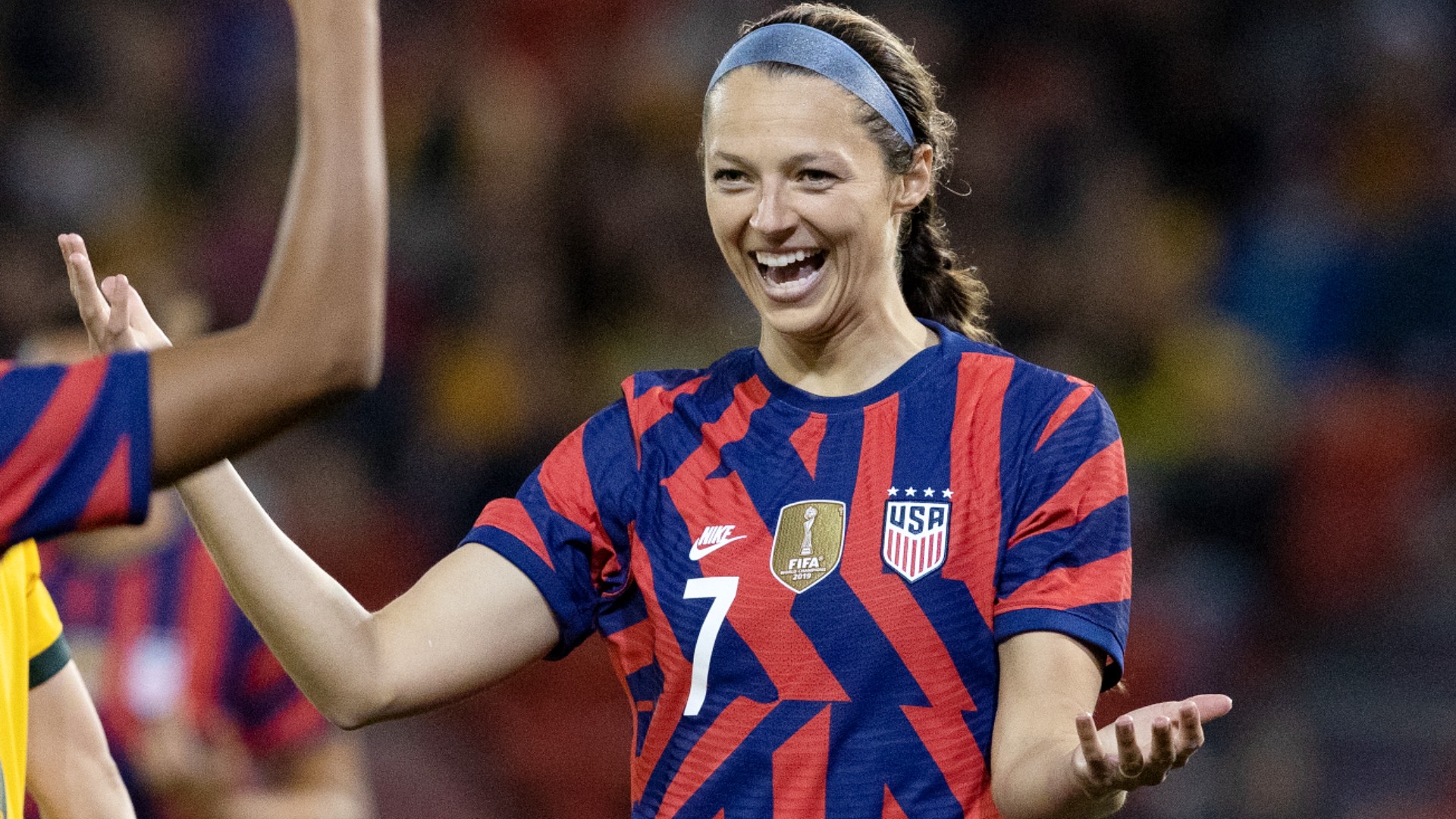 
The United States Women’s National Team didn’t have much to prove in a couple of friendly matches contested against Australia three months after the Olympics and 20 months ahead of the 2023 FIFA Women’s World Cup, but the players who want to be a part of the USWNT had plenty.

Coach Vlatko Andonovski took only two players over 30 on the trip Down Under and only six with more than 25 international appearances. He deployed young veterans Lindsey Horan and Rose Lavelle at the center of midfield to drive the attack, but most everyone on the field carried little international experience into the two games.

And the kids were a smash.

MORE: Fresh faces kick off new era with a win in Australia

The USWNT drew Australia 1-1 early Tuesday — the Australia goal coming on a fortunate deflection — after earning a 3-0 victory three days earlier. Andonovski said he believed the Americans controlled play in both games.

They created and finished more opportunities. They were not dominant, but playing in front of large crowds on the road with mostly newcomers, that should not have been expected.

There was plenty to take away from the two games, most of it positive:

Get ready for a goalkeeper battle

World Cup hero Alyssa Naeher missed the stretch run of the NWSL season — and the Chicago Red Stars’ appearance in the championship game — because of the knee injury that occurred in the Olympics. Maybe she wouldn’t have made this trip, anyway, given the emphasis on youth.

But Naeher learned in the past week, as many who follow the USWNT, that 25-year-old Casey Murphy might be a serious challenger to start in goal at the next World Cup.

DECOURCY: Why Spirit’s NWSL title was most remarkable in U.S. sports

Casey Murphy of the North Carolina Courage (below) was brilliant in the two games, making eight saves in earning a shutout in her first-ever start, then coming up with a fingertip stop in the 20th minute off a sizzling volley from promising Australian teenager Kyra Cooney-Cross.

The shot came after a corner kick was cleared and recovered at the top of the box by Cooney-Cross, and it should have been a goal. But Murphy leaped to her right, extended her arm and got just enough of her glove on the ball that it deflected off the post and away from danger.

The only shot that beat Murphy was in the 87th minute of the 1-1 draw, and it was on a wild deflection off teammate Becky Sauerbrunn that sent the ball rocketing toward the far post. No ‘keeper anywhere could have saved it.

Murphy led the NWSL in saves and posted 11 shutouts. She has a future with the USWNT — and could be the future at her position.

With Carli Lloyd’s retirement in October, the USWNT was suddenly thin at center forward. There’s enough skill in the attacking corps for the for Andonovski to entertain using a false nine, but a 4-3-3 formation most often works best when the player in the middle can hold the ball, distribute it and also be proficient at finishing chances.

Ashley Hatch did all of that in her two games in Australia, scoring within the first minute of the team’s 3-0 victory on Friday and then scoring on a calm, subtle shot in the fourth minute Tuesday.

MORE: How USMNT can qualify to men’s World Cup

Hatch is a new player on this team, but not a young player. The 25-year-old enjoyed a breakthrough, championship season with the Washington Spirit in 2021, winning the league’s Golden Boot award with 11 goals in 20 games.

Her strike in Tuesday’s game was the work of someone fully confident in her ability. It was the product of a sequence that began with an Australia turnover, was fueled by a smooth pass from right winger Midge Purce who tracked a ball near the end line and patiently held it until Hatch ran into the box. Moving quickly forward to get to the ball, Hatch could have allowed her momentum to result in a shot blasted over the crossbar. Instead, she deftly rolled the ball toward the far post, out of reach of the ‘keeper.

A new option at left back

When Emily Fox barely was out of her teens and still a student at North Carolina, she earned her first two caps in U.S. friendlies a little more than six months ahead of the 2019 World Cup. But as prep for that tournament got serious, she wasn’t ready to play a role. And then COVID-19 fouled up most of 2020 and, before you knew it, Fox had gone two full years with only a single cap.

Meanwhile, regular USWNT left back Crystal Dunn has been eager to move further upfield and play the attacking role she customarily does with her club. But with no obvious replacement at left back and Megan Rapinoe and Christen Press available to play left wing — and with Dunn most often playing brilliantly, save for a relatively disappointing Olympics — it hasn’t made sense to move her.

Only a pro for one season with Racing Louisville, Fox showed against Australia the ability to cover ground, to be flexible in attack and to recover quickly to defend, all strengths Dunn brought to the position. Fox owned veteran Australia winger Hayley Raso, allowing nothing dangerous to develop from her side of the field. When moving forward, Fox (below) showed speed and aggression and faltered only because of a tendency to put too much emphasis on her passes.

Andonovski called Fox’s performance “incredible”, noting her lack of experience did not impact her ability to effect the game. “I think she showed how much potential she has, or how good she can be.”

Rapinoe will be 38 during the next FIFA Women’s World Cup. If she still wants to play by then, it would be in a role similar to Lloyd’s in 2019 or Abby Wambach in 2015. The left wing position should be Dunn’s. And Fox looked this past week like the player to fill her position in the back.

Not only was Andi Sullivan (above) the centerpiece of the Spirit’s NWSL Championship victory, she showed in these two USWNT games —  particularly in the opener — that Andonovski’s one obvious blunder since taking over the USWNT was not to give her a true shot to fill in for Julie Ertz in central midfield in Tokyo.

Sullivan is not the player Ertz is — but given her injury problems, neither was Ertz in the spring and summer. Instead of giving Sullivan a chance to fill that void while Ertz healed, Andonovski tried to force Lindsey Horan into a defensive midfield role she did not fit. When the USWNT got to Tokyo, he rushed Ertz into the lineup on minimal preparation. And it didn’t work.

Sullivan had too many moments in the second game where she opted for safe, backward passes when there were options ahead of her. But she generally was outstanding. Australia did not score until she was removed from Tuesday’s game for an extra defender.