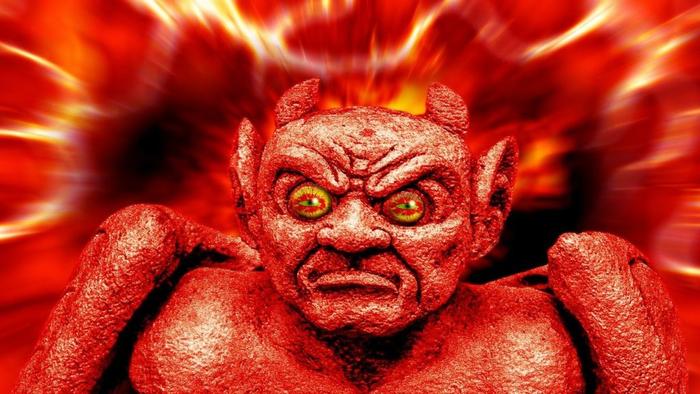 On Monday, President Joe Biden reappointed Jerome Powell to head up the Federal Reserve and nominated Lael Brainard to serve as the vice-chair. In his podcast, Peter Schiff talked about Biden’s decision, the markets’ reaction and what the Fed will (or will not) do moving forward. Ultimately, Peter said the devil you know is still a devil.

Peter predicted Biden would stick with Powell. He said there was no political upside for him to do otherwise.

If something happened, something goes wrong, which something is going to go wrong most likely — so, it’s going got hit the fan — and if it hit the fan with Brainard at the helm, well, Biden would own it. People could say, ‘Oh, the reason the economy went off a cliff, the reason that inflation is running out of control, it’s all because you put Brainard in as Fed chairman.’ Whereas, if everything falls apart under Powell’s watch, well, Biden can simply say, ‘It’s not my fault. Powell was Trump’s guy. I just left him in power because he was already there and there was bipartisan support.’”

If things go well under Powell, Biden can take credit, saying, “Hey, I renominated him.”

Peter said the crazy thing about the announcement, which was entirely predictable, was the market reaction. In the two days after the announcement, gold sold off by over $60 dollars and fell back below $1,800 an ounce. Silver took an even bigger hit, down about $1.25. Meanwhile, there was a big rally in the dollar index and bond yields went up. Peter said it makes no sense.

All of a sudden, Powell, the guy who’s been there the entire time, almost four years, the architect of this reckless monetary policy, zero percent interest rates, huge quantitative easing, inflation is transitory, there’s nothing to worry about — the same guy who brought us to this inflation party — we’re going out with the same guy again and everybody now is celebrating that somehow this massive dove has become a hawk. All of a sudden, everybody is excited that Powell is going to fight inflation in his second term.”

What makes people think Powell is suddenly going to become an inflation warrior? He hasn’t fought it at all up to this point.

He spent his first term lighting inflation fires. Why anybody believes he’s going to put out those fires in his second term is beyond me.”

The reaction in the gold market was particularly puzzling. Just a couple of days ago, people were buying gold because they were worried about inflation. The yellow metal pushed above $1,850 after October CPI came in much hotter than expected.

Sure, Brainard would have likely directed a slightly looser monetary policy than Powell. But she’s not that much more dovish than Powell.

Powell’s not a hawk. And so, simply because we didn’t replace one dove with an even bigger dove doesn’t mean the dove that’s still there is going to turn into a hawk and suddenly start fighting inflation. He’s not.”

If anything, the makeup of the FOMC will be even more dovish now than it was before with Brainard serving as vice-chair.

If you were worried about inflation and the current FOMC, you should be even more worried, or slightly more worried as a result of this change than you are right now. Yet the market is acting as if everything has changed and we’re going to have this tough on inflation Fed.”

After the announcement, Biden, Powell and Brainard spoke to the press. All three talked about fighting inflation. Peter said he thinks the articulation of that commitment got everybody thinking that the central bank is now serious about the inflation problem. None of this makes sense

Politically, they have to say they’re against inflation because inflation is all over the news. It’s what everybody is complaining about. So, even if they have no intention of doing anything about it, they have to at least create the pretense that that’s what they’re going to do. So, you wouldn’t expect anything less. But even if, as a result of this tough talk on inflation, they actually do taper a little bit quicker and raise rates a little bit sooner, who cares? Because even a quicker pace is meaningless in the face of what’s going on.”

Even using the government numbers, inflation is running at around 7%. It would likely be double that using real numbers.

In order to rein in this inflation in the 1970s, or by 1980, rates had to go to 20%. All we’re talking about is a couple of rate hikes. We won’t even raise rates up to 1%. So, why should this make any difference to an inflation rate this high? If you could fight inflation with 1% interest rates, well, why didn’t we do that in the 1970s? It’s because you can’t — especially when inflation is already as bad as it is right now. And by the way, it will be even worse by the middle of 2022 when they finally get around to supposedly raising interest rates — if they actually do it.”

Meanwhile, during the taper, the Fed will still be doing quantitative easing. That, by definition, is creating even more inflation.

You can’t put out a fire by pouring less gasoline on it. Because any gasoline you pour on the fire is going to make it bigger. That’s all the Fed is claiming it’s going to do.”

To truly fight inflation, the Fed actually needs to tighten. It needs to shrink its balance sheet and shrink the money supply. It’s not talking about doing that.

On top of that, Biden needs the Fed to keep inflating and monetizing the deficits in order to pay for all of his massive spending plans.

If the Fed tapers to zero, there’s no way the private sector would finance all these deficits without the help of the Fed. I don’t know why no one has put two and two together — that what the Fed is promising is impossible.”