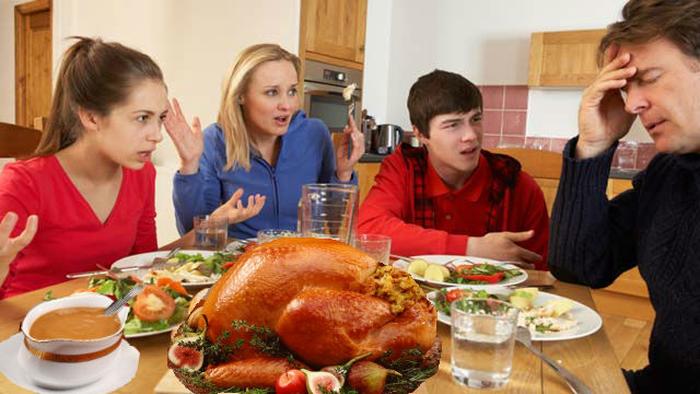 
Tens of millions of Americans plan to travel for the Thanksgiving holiday and will be greeted with some of the highest fuel costs in a decade.

New data from travel company AAA estimates 48.3 million Americans will travel by automobile this year, up 8% from last year but down 3% from pre-COVID levels. With the national average for gasoline hovering around $3.40 per gallon, the highest level for any Thanksgiving since 2012, many will be furious as they fill up at the pump.

It’s not just gasoline and diesel inflation that depletes millions of Americans’ wallets as real wage growth turns negative. They will also be met with soaring food inflation that will make Thanksgiving one of the costliest ever.

The US Misery Index (which tracks the combination of inflation and unemployment rates) is at its highest for Thanksgiving since 2011.

This holiday season’s inflationary environment has resulted in a plunge in the University Of Michigan’s Sentiment survey for consumers, printing at the lowest since 2011.

Buying Attitudes all collapsed in November to record lows as inflation becomes a significant headwind for consumers.

To get ahead of the inflationary environment and comfort consumers, the Federal Reserve and Biden administration has been working overtime. The Fed recently told Americans to eat plants instead of Turkey to save on food costs. Meanwhile, President Biden has made a desperate attempt to arrest soaring fuel prices by announcing a release of the SPR, which has already been an ‘epic fail.’ Goldman’s commodities team mocked Biden’s tiny SPR release and said crude prices are headed higher.

We suspect one conversation people will have at the table on Thursday will not just be about stocks and cryptos and housing but also soaring inflation that has impacted everyone this year. This could be the most miserable Thanksgiving ever.