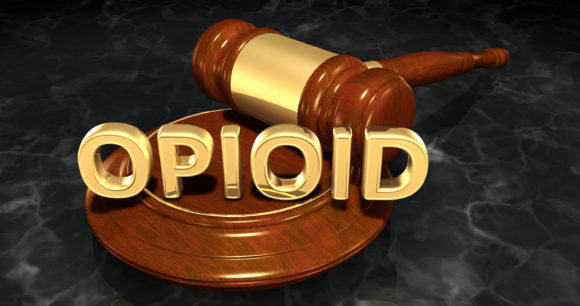 The federal-court panel backed claims by northeast Ohio’s Trumbull and Lake Counties that the pharmacy chains failed to create legally mandated monitoring systems to detect illegitimate opioid prescriptions. The counties are seeking reimbursement for the costs of dealing with addictions and fatal overdoses. Similar suits are pending against drugmakers and distributors. A judge will hear arguments in May about the counties’ compensation claims.

The two Ohio municipalities want the pharmacy owners to pay a combined $2.4 billion to replenish depleted budgets for drug treatment, social services and police, with $1.3 billion for Trumbull and $1.1 billion for Lake, according to people familiar with their demands.

Walmart and other pharmacy operators argued the municipalities couldn’t prove they created a so-called “public nuisance” through lax prescription oversight when the scripts were written by licensed doctors. They also touted their systems designed to help pharmacists track patients’ visits, making it easier to spot red flags among prescriptions.

It’s the first jury verdict in the sprawling, four-year opioid litigation. Municipalities across the nation have accused opioid makers, distributors and sellers of downplaying the painkillers’ addiction risks and sacrificing patient safety for billions in profits. The jurors in Cleveland deliberated for more than five days before returning the unanimous verdict on Tuesday.

“The jury’s decision sounds a bell that should be heard by pharmacy companies around the country,” Mark Lanier, the Ohio counties’ lead lawyer, said after the verdict was announced. “Laws regarding proper monitoring of prescription drugs are be taken seriously and not ignored or downplayed.”

The companies all said they would appeal the verdict. “We look forward to the appeals court review of this case, including the misapplication of public nuisance law,” Mike DeAngelis, a CVS spokesman, said in an emailed statement. “The facts and law do not support the verdict,” Walgreen’s Fraser Engelman added.

“We will appeal this flawed verdict, which is a reflection of a trial that was engineered to favor the plaintiffs’ attorneys and was riddled with remarkable legal and factual mistakes,” Randy Hargrove, a Walmart spokesman, said in an emailed statement.

Ohio is one of the states ravaged by the opioid crisis, which has killed almost 500,000 Americans over two decades. Trumbull and Lake Counties allege they were flooded with 140 million pills over a six-year period starting in 2006.

The Cleveland verdict follows recent wins in opioid cases for the pharmaceutical industry. A judge in California earlier this month threw out four municipalities’ claims that Johnson & Johnson, Teva Pharmaceutical Industries Ltd. and other opioid makers created a public nuisance by flooding the state with the painkillers.

Earlier this month, the Oklahoma Supreme Court threw out a $465 million award to the state over what the Oklahoma Attorney General’s office alleged were misleading opioid marketing campaigns. City and county officials in West Virginia are awaiting a federal judge’s ruling in a public-nuisance case against McKesson Corp., Cardinal Health Inc. and AmerisourceBergen

The Cleveland case also was the first jury trial to emerge from the more than 4,000 opioid suits consolidated before U.S. District Judge Dan Polster, who has encouraged a national resolution to all claims. While some local deals have been reached to avoid trials, Polster criticized pharmacy providers in the past for failing come up with a broader settlement.

Holly Froum, a Bloomberg Intelligence analyst following the opioid litigation, said Tuesday the drug industry faces about $50 billion in exposure from state and local government suits over the painkillers. Of that total, the pharmacies would wind up paying “around $10 billion or less,” she said in an interview.

To drive home arguments the companies turned a blind eye to suspicious opioid prescriptions, Lanier used props such as baking sifters and a bridge constructed out of Legos to persuade the panel to hold the pharmacy operators responsible for their opioid miscues.

“These three pharmacies won’t admit they did anything wrong,” he said in closing arguments. “Not one of these pharmacies are charities. They are all for-profit entities. They make money off every pill they sell,” he noted. “And if they don’t want to do the work right to sell these pills, they should be held accountable.”