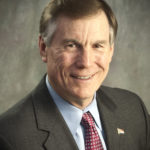 
North Carolina homeowners will see insurance premiums climb an average of 7.9% next year, but that’s much less of an increase that a state rating bureau had requested, the state insurance commissioner announced.

The North Carolina Rate Bureau had proposed a 24.5% homeowners insurance average rate increase, to take effect for new and renewing policies on June 1, 2022. But Commissioner Mike Causey had negotiated with bureau for months and postponed rate hearings about it. A hearing set for Jan. 3 has now been canceled, Causey’s office said.

The rates will remain in effect until 2024.

“I am happy to announce that North Carolina Homeowners will save over $751 million in premium payments compared to what the NCRB had requested,” Causey said. “I am also glad the Department of Insurance has avoided a lengthy administrative legal battle which could have cost consumers time and money.”

Some counties, including coastal and urban areas, will see higher rates than other parts of the state. A chart, available here, shows the increases for each county.