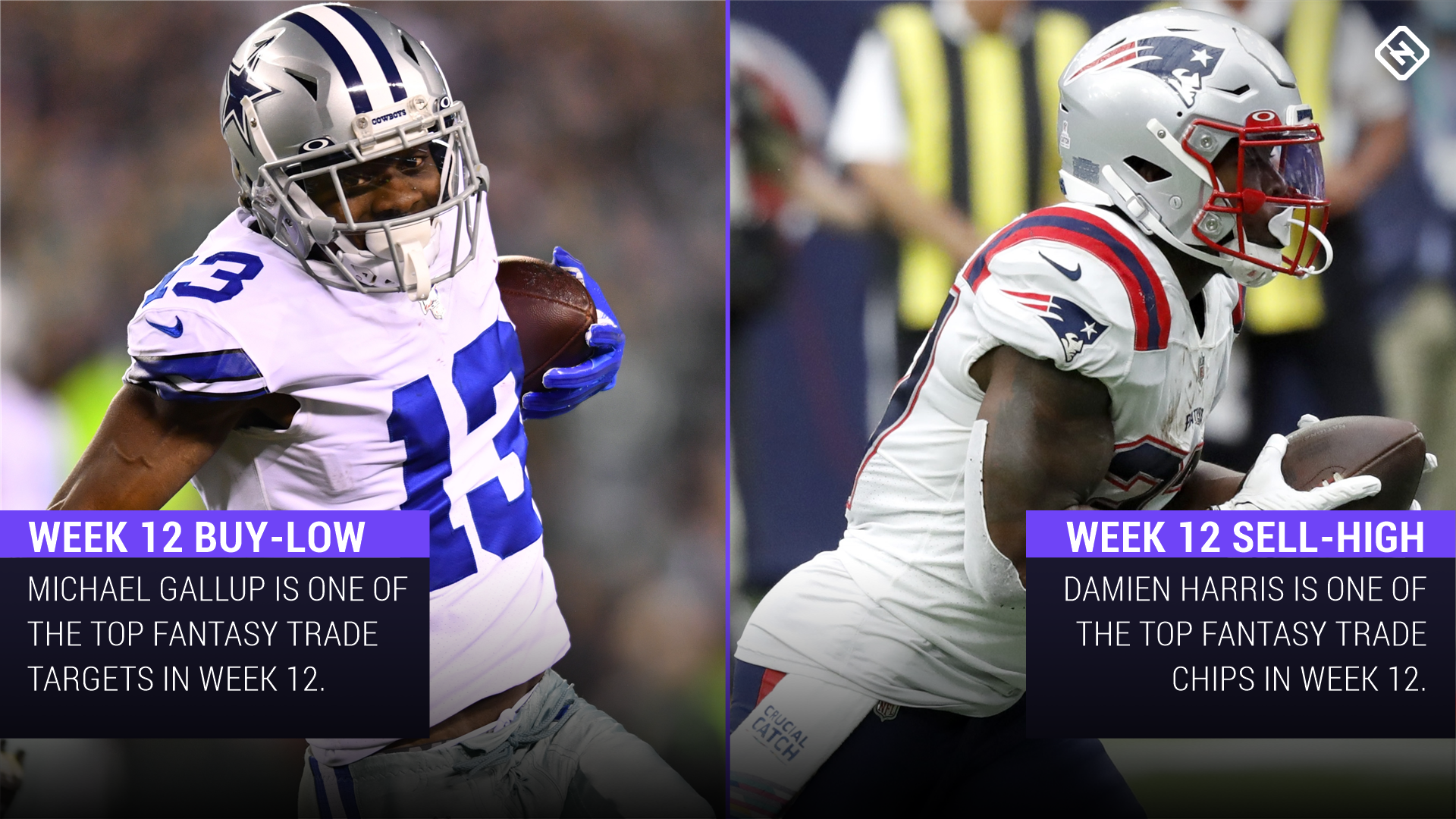 The trade deadline has passed in some fantasy football leagues, but plenty are still open for business. If you can still make deals in your league, there isn’t time to waste. The majority of byes have passed, and while injuries can still strike at any time, you should know which areas of your roster need the most attention. It’s never easy finding the perfect trade targets or trade partner, but either way, we’re coming up on last call to buy low and sell high. FantasyPros is here to help with tips and trade advice in their Week 12 Stock Watch that includes Michael Gallup, Michael Pittman, Dallas Goedert, Damien Harris, Miles Sanders, and Brandon Aiyuk, among others.

The Cardinals and Chiefs (Week 12), Panthers, Browns, Packers, and Titans (Week 13), and Colts Dolphins, Patriots, and Eagles (Week 14) still have byes to go, but everyone else has taken their mandatory week off. If you’re fighting for a playoff spot, you probably want to avoid targeting players from those teams. If your playoff spot is all but secured, you might be able to get extra value on those players. Few owners can afford being without a regular starter at this point in the season, and the desperation for live bodies might cause them to sell a player for 75 cents on the dollar.

Remember that trade values can change quickly in fantasy football, so don’t get too locked in on a specific target. Change your thinking as the trends change, but don’t be afraid to strike if you have a good offer on the table, even this early in the season. — Matt Lutovsky

Dallas Goedert, TE, Eagles. Goedert has yet to fully pop in the box score, but his underlying usage has been fantastic since the Zach Ertz trade. On Sunday against the Saints, he caught five-of-eight targets for 62 yard and had a 33-percent target share. The Eagles have transformed into a run-heavy offense over the past month, which limits Goedert’s ultimate upside. Still, the profile is that of a mid-tier TE1.

Michael Pittman, WR, Colts. Pittman caught just two-of-five targets for 23 yards in Week 11. However, he simply wasn’t needed, as the Colts rode Jonathan Taylor to an upset victory over the Bills. Pittman will be leaned on more heavily when Indy is forced to throw more. He has fully broken out in his sophomore campaign and qualifies as a “buy low” entering Week 12.

Michael Gallup, WR, Cowboys. Both Amari Cooper (COVID) and CeeDee Lamb (concussion) either out or highly questionable for Thursday’s game against the Raiders. Gallup is suddenly the top receiving option in a Dak Prescott-led offense. Week 11 was rough, but we’re chasing volume here.

Damien Harris, RB, Patriots. The 24-year-old bruiser returned from a concussion on Thursday night to rush 10 times for 56 yards, adding one reception for a gain of nine through the air. Harris looked good running the ball, but film watchers could make a case that rookie Rhamondre Stevenson looked even better. The first-year RB handled two more carries than Harris as the duo basically rotated series for most of the night. Stevenson isn’t fully taking over this backfield, but we can reasonably expect that he’ll remain involved down the stretch. Harris no longer has a vice grip on early-down carries with the Patriots, but he still has inflated value because of his five-game touchdown streak leading up to last Thursday’s game.

Miles Sanders, Eagles. Sanders rushed 16 times for 94 yards against the Saints on Sunday, as the Eagles once again rode a strong rushing attack to victory. It was a nice performance in his first game since returning from IR. Sanders was splitting carries with Jordan Howard before the latter exited the game with a knee injury. Sanders served as Philadelphia’s lead runner from that point on. His workload would increase if Howard can’t play in Week 12.

Brandon Aiyuk, WR, 49ers. With the caveat that it came against the Jaguars, Aiyuk was remarkably efficient in Week 11. He hauled in all seven targets for 85 yards and a touchdown. This was the third time in four games that Aiyuk saw at least seven targets. He’s once again operating as a full-time player in Kyle Shanahan’s offense. That makes him a borderline WR2/3 for the remainder of 2021, so don’t consider him a sell-high. If you still roster Aiyuk, consider his recent performance to be sustainable.