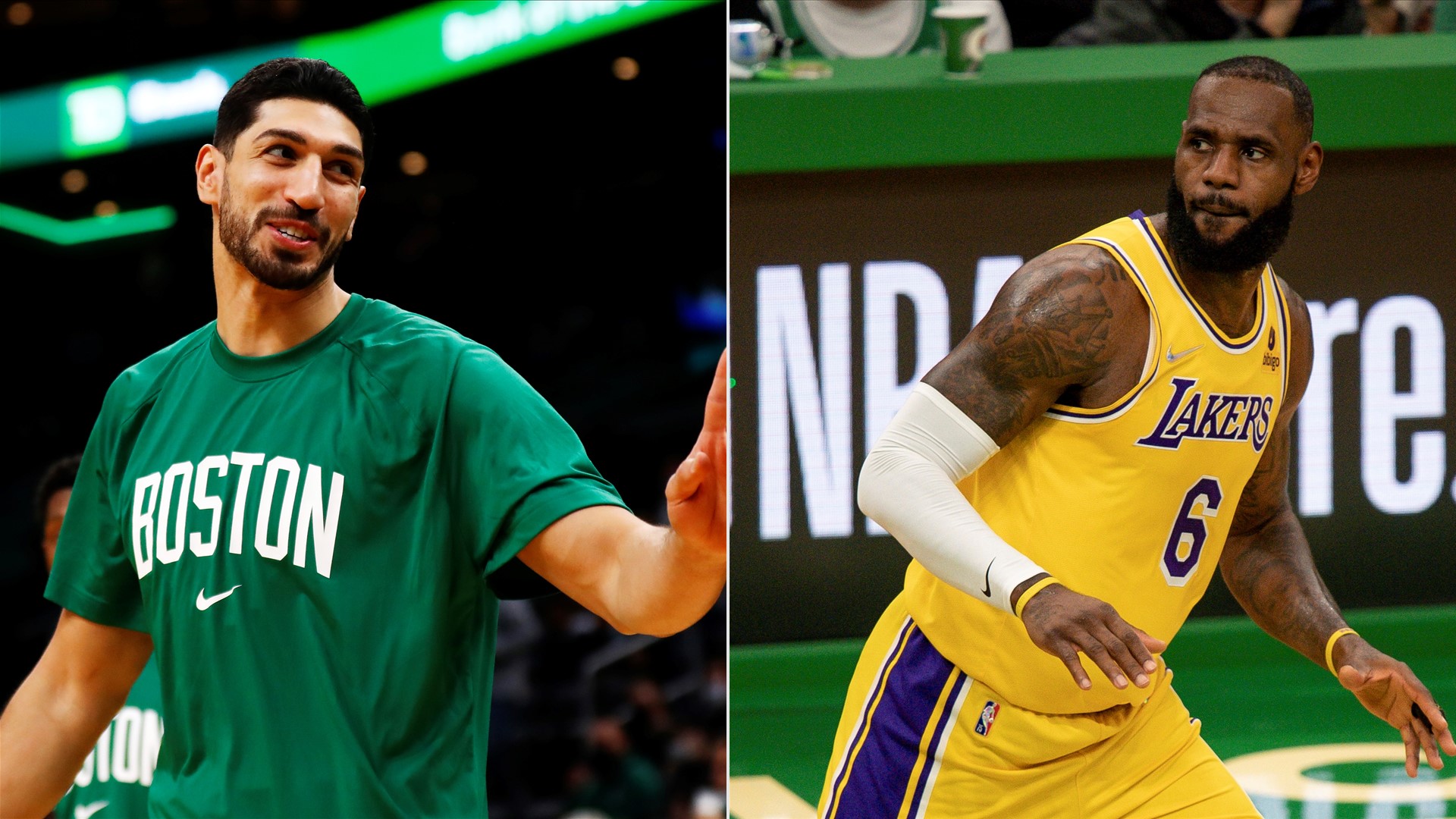 Kanter, who has been vocal about a number of social issues, has recently dedicated his Twitter feed to speaking out against the Chinese government and Nike, including major endorsers like James and Michael Jordan.

MORE: How did LeBron look in his return from injury?

This season, Kanter has also spoken out via imagery and messages on custom sneakers worn during games. His latest custom shoes took aim at James specifically.

Ahead of the Celtics’ meeting with the Lakers, Kanter shared images of the custom shoes he would be wearing for the game. The sneakers featured James’ likeness along with other imagery. In the tweet itself, which tagged James and Nike, Kanter wrote “Money over Morals for the ‘King.'”

Money over Morals for the “King” 👑

Sad & disgusting how these athletes pretend they care about social justice

They really do “shut up & dribble” when Big Boss 🇨🇳 says so

Did you educate yourself about the slave labor that made your shoes or is that not part of your research? pic.twitter.com/YUA8rGYeoZ

Following the Lakers’ 130-108 loss at TD Garden, James was asked about Kanter’s usage of his likeness.

“If you know me, I don’t really give too many people my energy, and he’s definitely not someone I will give my energy to,” James said of Kanter. “[He’s] trying to use my name to create an opportunity for himself.”

James continued, adding that Kanter has “always kind of had a word or two to say in my direction, and as a man, if you’ve got an issue with someone, you really come up to them. He had his opportunity tonight. I [had] seen him in the hallway. He walked right by me.”

LeBron on Enes Kanter: “He’s trying to use my name to create an opportunity for himself…As a man, if you’ve got an issue with somebody, you come up to him. He had his opportunity tonight. I seen him in the hallway & he walked right by me.pic.twitter.com/KYDh5o6AMA

While not in the hallway, Bleacher Report’s A. Sherrod Blakely shared a pregame video of Kanter walking past James on the court during a pregame workout.

Moments after LeBron James walks on to the floor to warm up, right behind him is Enes Kanter who has on more than one occasion, called out LBJ for not speaking out more on social injustices outside the US. #ackward pic.twitter.com/l8lBkXcJvN

It’s hard to pinpoint the beginning of the ongoing feud between James and Kanter, but one of the first notable run-ins occurred when James was still with the Cavaliers and Kanter was with the Knicks. Kanter took exception to James’ comments that the Knicks should have selected Dennis Smith Jr. instead of Frank Ntilikina.

The next night, James, Ntilikina and Kanter were at the center of a brief mid-game dust-up.

In addition to criticisms of his relationship with Nike, Kanter appeared on CNN in October and criticized James for his refusal to become a public advocate for the COVID-19 vaccine.

The Celtics and Lakers will meet for a second and final time this season on Tuesday, Dec. 7.