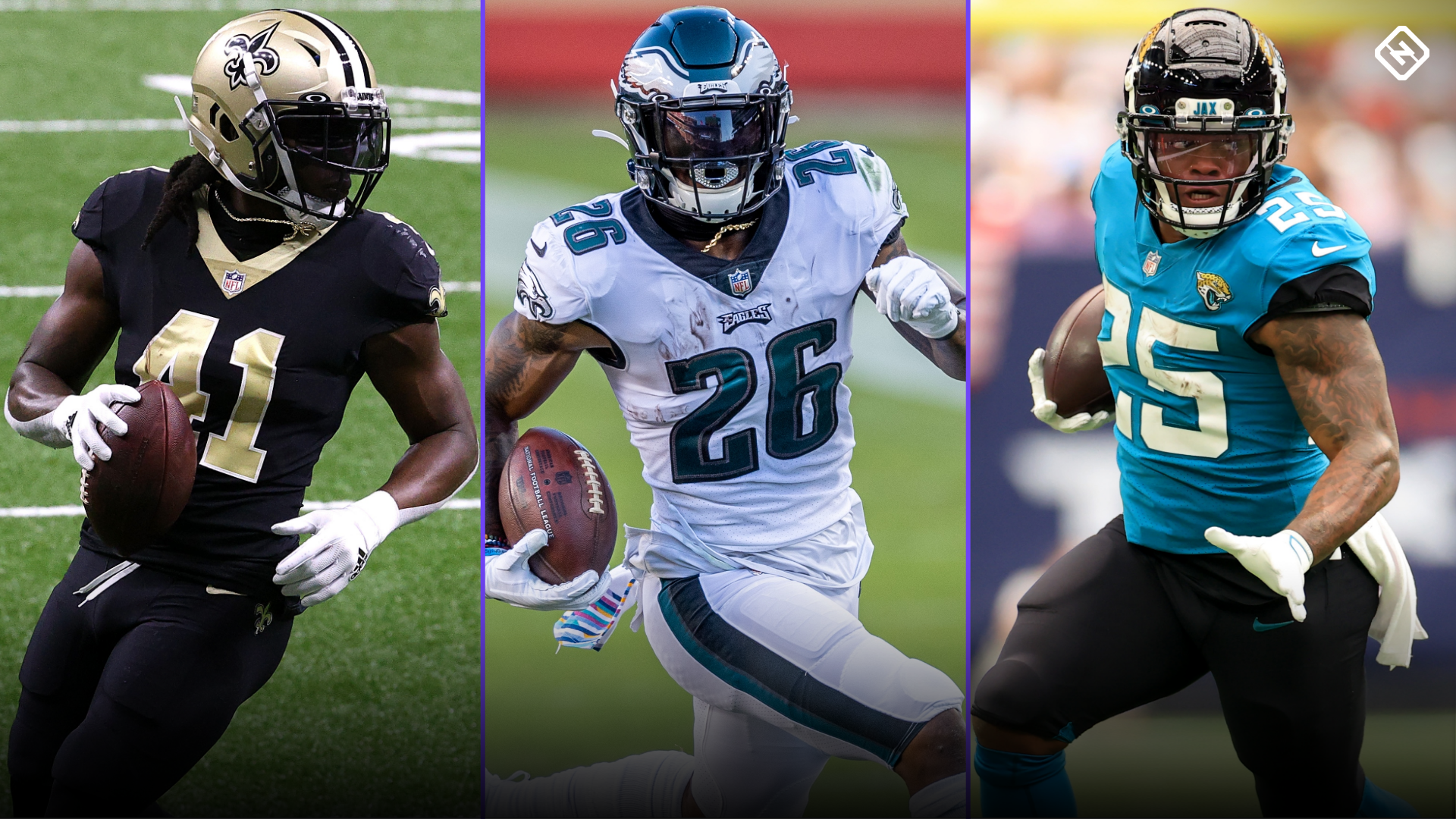 Alvin Kamara, Miles Sanders, James Robinson, and Clyde Edwards-Helaire are some key RBs who will be in the forefront of Week 11 fantasy start ’em, sit ’em calls based on their respective injury statuses. We’ll dive into the latest news and updates on each below.

Kamara (knee) got a limited practice session on Wednesday, which is already an improvement from last week considering he didn’t practice at all. That said, he should be on track to play against Philadelphia, but nothing is official.

Philly gives up the eight-most fantasy points per game to RBs, so if Kamara is in, we’re not worried about the perceived risk he will carry. As one of the premier pass-catching backs in the league, we rank him as the RB5 in PPR and RB9 in standard leagues. Mark Ingram will take some of his touches, but Kamara has always done a lot of his damage with efficiency and through the air.

Sanders (ankle) has been designated to return from IR, but the Eagles don’t have to give an update on his status until he’s officially off the injured reserve list. However, he’s probably more likely to miss Week 11 than to play, but if he does return, there’s no way we can expect a full workload. Jordan Howard, Boston Scott, and Kenneth Gainwell have been productive when called upon, and this will probably be a committee when Sanders returns.

We currently don’t have Sanders in our rankings, but if he does play against the third-best defense against fantasy RBs (New Orleans), he’s best suited for the bench, at least for this week.

Robinson (heel, knee) missed practice Wednesday and figures to be “questionable” heading into Week 11. He missed Week 9 with a heel injury, but the knee injury is a new development. That said, we’ll have to stay tuned on his status.

The 49ers are a middle-of-the-pack defense against fantasy RBs, and Robinson’s workload is strong enough to rank him as the RB14 in PPR and RB16 in standard leagues. If Carlos Hyde gets the start, he’ll rank as a low-end RB2.

Despite recent reports, CEH (knee) is trending toward playing against the Cowboys, Andy Reid now said there’s a chance he isn’t activated from IR. Considering the Chiefs have a Week 12, it makes some sense if they have any lingering questions about Edwards-Helaire’s health.

CEH ranks as our RB22 in standard leagues and RB23 in PPR leagues if he does play. Darrel Williams has simply outproduced him, so it’s tough to think he’d immediately get a workhorse role coming off of the injury. Williams would rank in a similar spot if he can’t go.