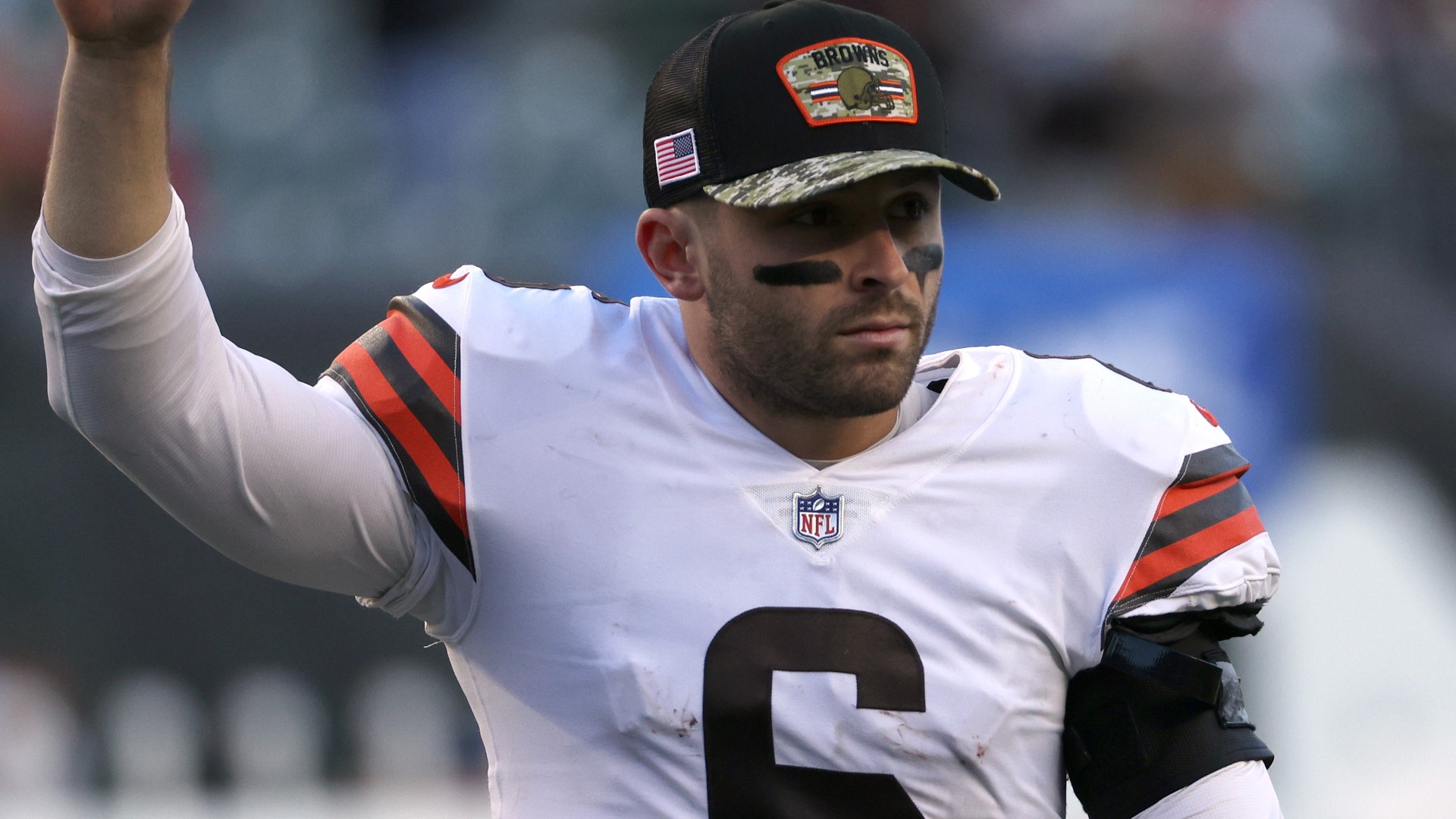 Baker Mayfield is off the field.

In the third quarter of the Browns-Patriots matchup, the Cleveland passer took a big hit from Patriots defender Matthew Judon, which would knock him out of the game.

Mayfield walked off the field and entered the blue medical tent to speak with Cleveland trainers, would later exit the tent, and patrol the sidelines and speak with other teammates afterward. Case Keenum replaced the injured QB.

Cleveland would officially list Mayfield as “questionable” to return with a knee injury.

Browns’ QB Baker Mayfield is questionable to return due to a knee injury.

Mayfield was having a day to forget in Week 10, going 11-of-21 passing for 73 yards, a touchdown and an interception vs. the Patriots. The Patriots owned a 31-7 lead over the Browns at the time of the injury.

Mayfield, entering the fifth year as Browns starter in 2022, is in an injury-riddled 2021 season. The Browns quarterback is already dealing with a completely torn labrum in his left shoulder, but didn’t seem to be favoring it on the hit. He landed on his right shoulder on the play.

The Browns have already dealt with injuries to Jarvis Landry, Nick Chubb and Kareem Hunt earlier in the year, with Chubb returning to the field recently. They also waived wideout Odell Beckham Jr., who would later sign with the Rams.

Keenum is in his second year with the Browns, reuniting with head coach Kevin Stefanski, alongside they worked together in Minnesota.