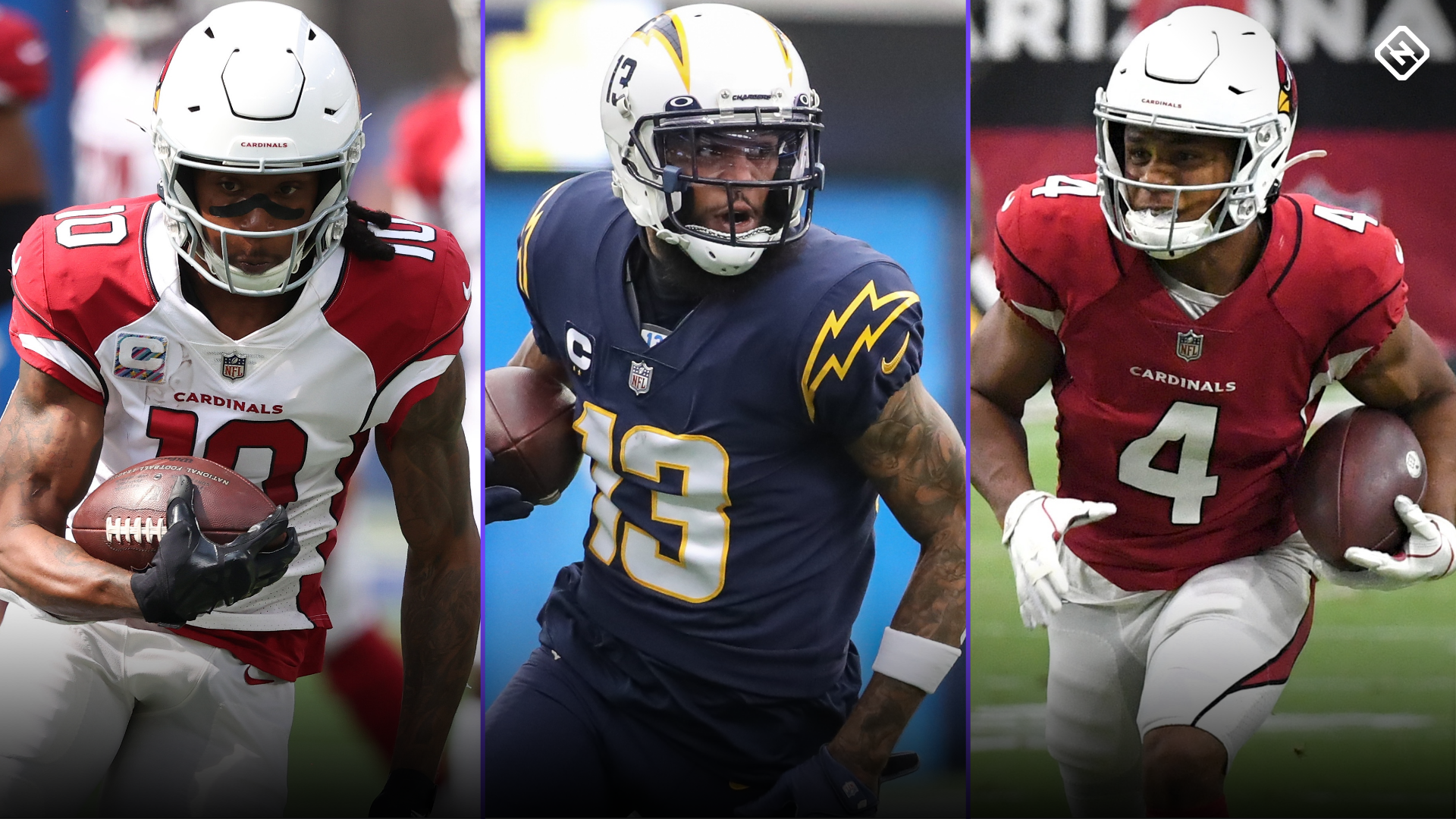 Wide receiver is typically a deep position in fantasy football, but with key guys like Antonio Brown and Chase Claypool already ruled out for Week 10 and early-game WRs like Chris Godwin, Julio Jones, and Corey Davis “questionable,” it’s not easy locking in fantasy start ’em, sit ’em decisions. Things get even more difficult when you factor in ailing late-game guys, such as DeAndre Hopkins, Keenan Allen, and Rondale Moore, all of whom figure to be game-time decisions. We’ll be here throughout the day Sunday with the latest updates on the latter group ahead of your lineup decisions.

Hopkins (hamstring) once again failed to get in any practices throughout the week, and he’ll be a true game-time decision for Sunday’s late-afternoon game against the Panthers.

Despite barely playing the past two games and being held out of practice for almost a month, Hopkins could still be active, as he’s been before. If he’s playing, it’s tough to sit him, but his value is very much in question. We don’t know how many snaps he’ll see, and if Kyler Murray (ankle) is also out, the Cardinals’ offense could be more ground oriented. We’d still recommend starting Hopkins, but don’t expect typical D-Hop production. If Hopkins is out, Christian Kirk and A.J. Green would get nice bumps in value.

Allen (knee) got in limited practices on Thursday and Friday, and despite being “questionable” for Sunday’s late-afternoon game against Minnesota, he’s fully expected to play.

As long as he’s out there, Allen is a must-start. If he is a surprise scratch, expect more targets for guys like Jalen Guyton, Joshua Palmer, and Jared Cook, but it would be hard to start any given the uncertainty.

Moore (neck, concussion) was able to get in a limited practice on Friday, but his availability will come down to whether he clears concussion protocol and the Cardinals think he’s adequately prepared to face the Panthers.

Moore hasn’t done much in recent weeks, so even if he’s active, he’s not a recommended fantasy play in most leagues. The Cardinals’ offense is dealing with all kinds of injuries to key players, so even though Moore could have additional opportunities, he’s too much of a wild card to trust.