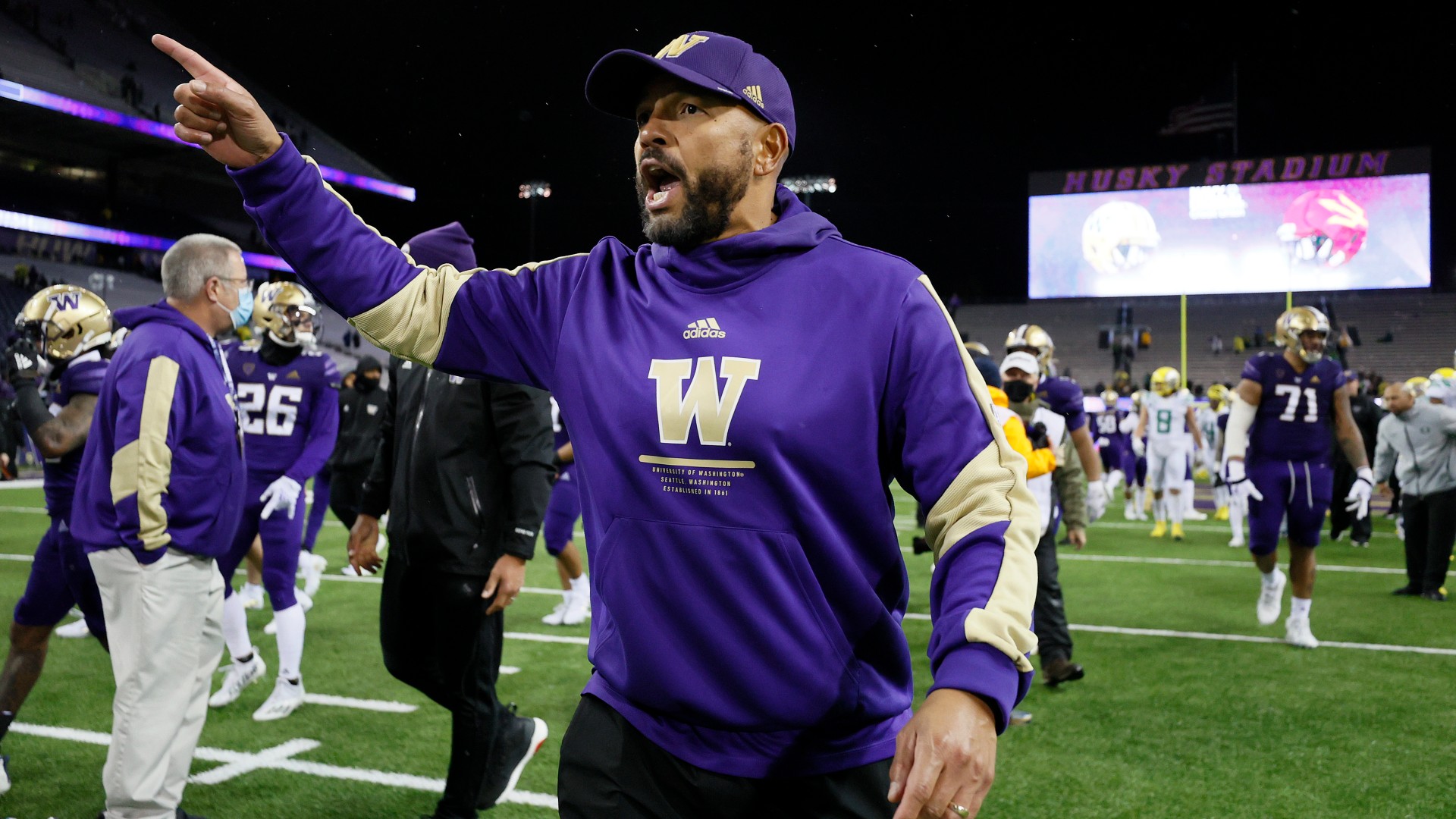 Washington has announced a suspension of head coach Jimmy Lake after an incident on the sideline Saturday between the coach and redshirt freshman linebacker Ruperake Fuavai.

During the first half of the Huskies’ game against Oregon, Lake was seen on video slapping Fuavai on the side of the helmet and shoving him after an altercation between Fuavai and Oregon wide receiver Jaylon Redd.

According to Athlon Sports’ Bryan Fischer, Washington athletic director Jen Cohen announced in a statement that Lake would be suspended without pay for the team’s upcoming game against Arizona State.

“Our staff has spent the last 24-plus hours reviewing video of the incident, as well as speaking with Coach Lake, the involved student-athlete and several other student-athletes and members of the staff, and I have made the decision to suspend Coach Lake for next Saturday’s game against Arizona State,” Washington athletic director Jen Cohen said in the statement. “President Cauce, our Faculty Athletics Representative, Alexes Harris, and members of our executive staff are in agreement that while we do not believe that his actions were intentional or deliberate, we can have no tolerance for a coach interacting with a student in the manner Coach Lake did. We have high expectations of conduct for our coaches, and we will not shy away from those expectations.”

In the video, Fuavai was seen getting in a brief engagement with Redd on the sidelines after a tackle. Lake came in offscreen, moving aside an official to get to Fuavai, who was beginning to walk away from the incident.

MORE: College football picks, predictions against the spread for every Week 11 Top 25 matchup

After the game, Lake said that he “separated him” and added that “I did not strike him.”

Washington announced after the game that it was opening an investigation into the incident.

There has already been plenty of turmoil around college football this season, as seven FBS coaches have already been fired or resigned so far.