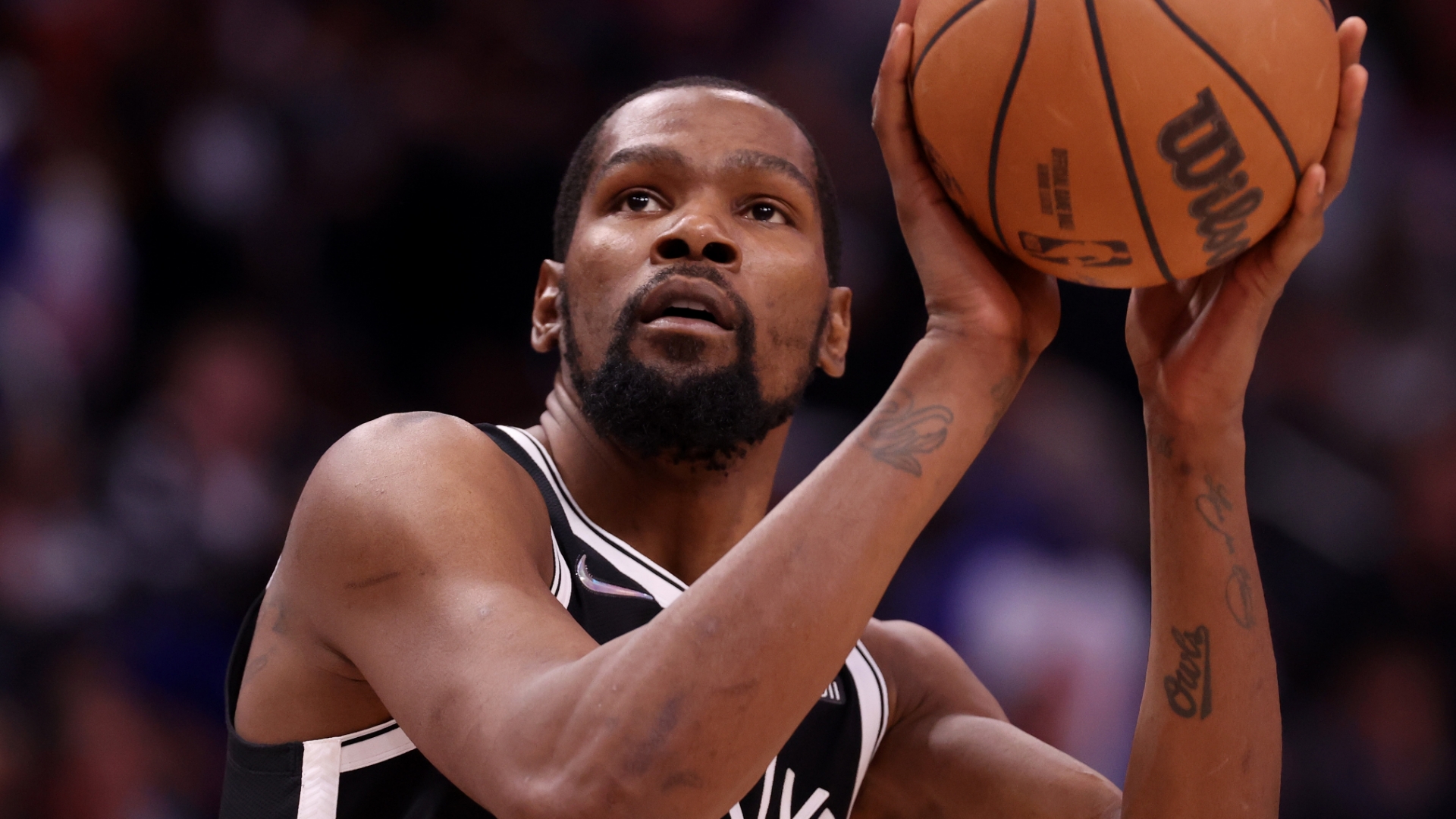 While Durant has long been a midrange assassin, he’s kicked his efficiency from that distance to a terrifying level to start the 2021-22 season. According to NBA.com, he has made — wait for it — 59.7 percent of his shot attempts from midrange to start this season.

You probably don’t need me to tell you how impressive that is, but for some perspective: Durant is one of 81 players who have attempted at least 15 shots from midrange through the first three weeks of the season. Want to guess how many of those players have converted their midrange jumpers at a higher rate than Durant? Only four — Chris Paul (64.3 percent), Seth Curry (65.7 percent), Nikola Jokic (68.8 percent) and LaMarcus Aldridge (78.6 percent).

The kicker is not a single one of them has made nearly as many from that distance as Durant. In fact, nobody in the entire league has.

Durant’s 37 field goals from midrange are the most in the league by a pretty large margin. DeMar DeRozan (29) is the closest to him, followed by Paul George (28), Trae Young (26) and Dejounte Murray (26).

So not only has Durant been the league’s most prolific midrange scorer so far this season, but he’s been one of the most efficient.

An 11-time All-Star, four-time scoring champion, two-time champion, two-time Finals MVP and one-time MVP, Durant has, of course, been lighting up opponents from midrange for over a decade at this point. It’s long been his weapon of choice, even predating his time in the NBA.

At 6-foot-10 with a 7-foot-5 wingspan, Durant has a natural size and length advantage over most defenders. Sometimes, it’s as simple as shooting over them.

Not even centers like Myles Turner stand much of a chance of disrupting his shot.

If Durant feels like he needs a little more space, his fadeaway usually does the trick, giving him an even higher release point.

He even has Dirk Nowitzki’s famous one-legged fadeaway in his bag.

With his comfort pulling up, playing drop coverage against Durant is usually a losing game.

To tie a bow on it, Durant has the handle to do stuff like this on the regular:

The combination gives Durant the tools to torch teams in isolation, off of screens, out of pick-and-rolls and in the post. You probably won’t be surprised to hear that he ranks in the 69th percentile or better in scoring efficiency on those plays right now.

It doesn’t usually matter if someone is in Durant’s face either. According to NBA.com, over two-thirds (68.2 percent) of his shot attempts this season have come against tight coverage, meaning a defender is within two-to-four feet of him. His success rate on those looks? A ridiculous 57.3 percent.

Not all of those are midrangers — there’s a decent amount of layups and 3s mixed in because, oh yeah, he’s an effortless scorer from all three levels — but a lot of them are.

It’s almost like if all else fails, Durant knows he can just rise up. His midrange jumper is the ultimate safety blanket.

Durant probably isn’t going to shoot this well from midrange for the entire season, but again, it’s not like this is new territory for him. Last season, he made the 19th most field goals from midrange despite playing in only 35 games, doing so at a 50.6 percent clip. He then went berserk in the playoffs, connecting on 55.3 percent of his middies despite the pesky P.J. Tucker being draped all over him for seven straight games in the second round.

If anything, it looks like Durant is only getting better and becoming more unguardable with age. Him shooting the lights out from midrange is a testament to that.