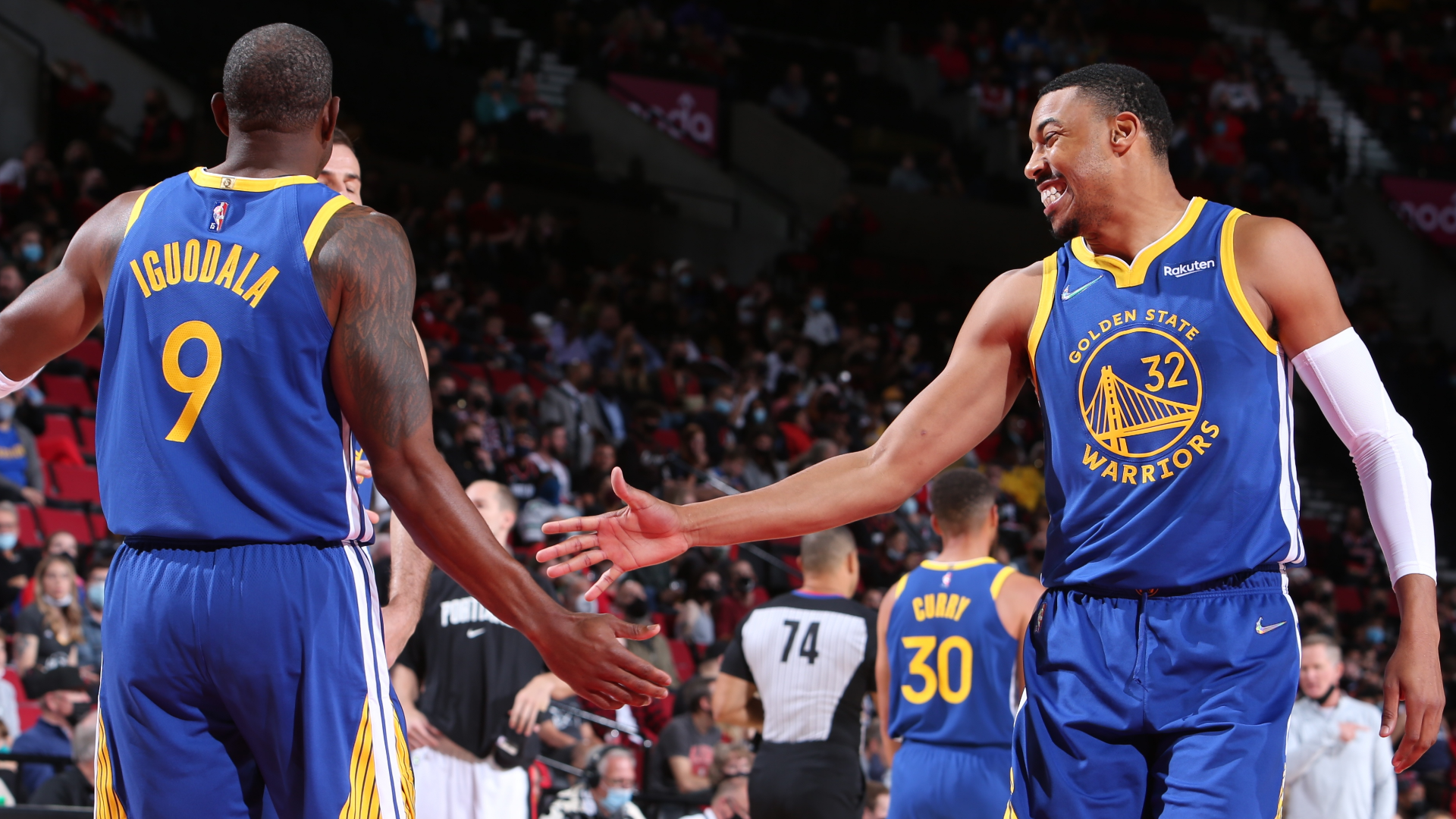 Strength in Numbers: The Warriors mantra during their championship dynasties struck fear into opponents with a cast of savvy veterans and role players keeping their foot on the gas once the starters went out.

From Andre Iguodala, Shaun Livingston, Leandro Barbosa, Quinn Cook to David West, and many more, Golden State’s ability to not skip a beat once Steph Curry and co. went to the bench was one of the hallmarks of their success and in recent years we’ve seen the offence grind to a half whenever Curry takes a breath.

In 2020-21 they ranked 16th in bench points and the season prior, their first coming off five straight trips to the Finals, they were ninth. Through the first nine games of the 2021-22 season they have vaulted to 3rd in the league in bench scoring.

Their clever off-season additions in Nemanja Bjielica, Otto Porter and returning franchise legend Andre Iguodala have underscored the bench renaissance, with the trio providing a strong mix of scoring, floor spacing and playmaking — mainly from Iguodala, who dished out a season-high 10 assists in their 126-85 win over the New Orleans Pelicans.

“When you play with Andre, our offence is very simple,” Nemanja Bjelica said.

“It’s very easy. Our second unit, it’s very easy to play with guys like Andre, Otto [Porter], [Damion] Lee and especially when I have some minutes to play with Draymond [Green] and Steph, it’s much easier. We’re reading each other. It’s really fun to play like this.”

“It’s just beautiful to watch when you’ve got a whole group of guys who are connected and the ball is moving and they see the game well together,” Warriors coach Steve Kerr said. “Andre has always been the guy to tie it all together. He’s back to doing that for us these days, which makes our job as a coaching staff way easier.”

Now riding a four-game win streak, the second unit has been central to their recent wins and were downright dominant in their 126-85 victory the New Orleans Pelicans, outscoring their reserves 57-30, and they were back at it again against the Houston Rockets, combining for 50 points in a 120-107 win.

Not only is the bench scoring, but they’re doing it the Golden State wat, letting it fly from the 3-point line.

It’s not just the veterans making a difference in the Bay, but the likes of second-year forward Juan Toscano-Anderson, Damion Lee (their fourth-leading scorer) and Gary Payton II who have had their moments to start the season.

Payton II seized his opportunity with both hands after signing a non-guaranteed contract before the season, earmarked for the 15th spot on the roster, but he’s forced his way into the rotation with his terrorising on-ball defence and highlight-reel finishing at the rim.

“He is really a dynamic player and I think the fit with this year’s team is so good because he’s got shooting around him. So we can almost invert the offence. Gary can become the dive man and pick-and-roll [guy]. And then we’ve got our big guys, Beli and Otto, out at the 3-point line, so it’s an interesting, different kind of look.

“Gary is so effective as a dive guy, lob-catcher, good passer out of the short roll, so he’s a real weapon and you saw it again tonight.”

The Warriors currently sit at the top of the Western Conference with a league-best 8-1 record, with their lone defeat coming in overtime to the Memphis Grizzlies, taking everyone in the league by surprise — except themselves.

What is surprising is the fact they’re doing this without Klay Thompson (Achilles/ACL) and James Wiseman (meniscus), who are both awaiting their return to the floor from injury. Add in the fact that 2021 lottery selections Jonathan Kuminga and Moses Moody have barely played and will conceivably carve out roles in the rotation this season, so once they have their full roster available, the Warriors second unit is only going to get stronger as the season progresses.

Strength in Numbers might be a catchphrase, but we’re seeing it in full effect right now.