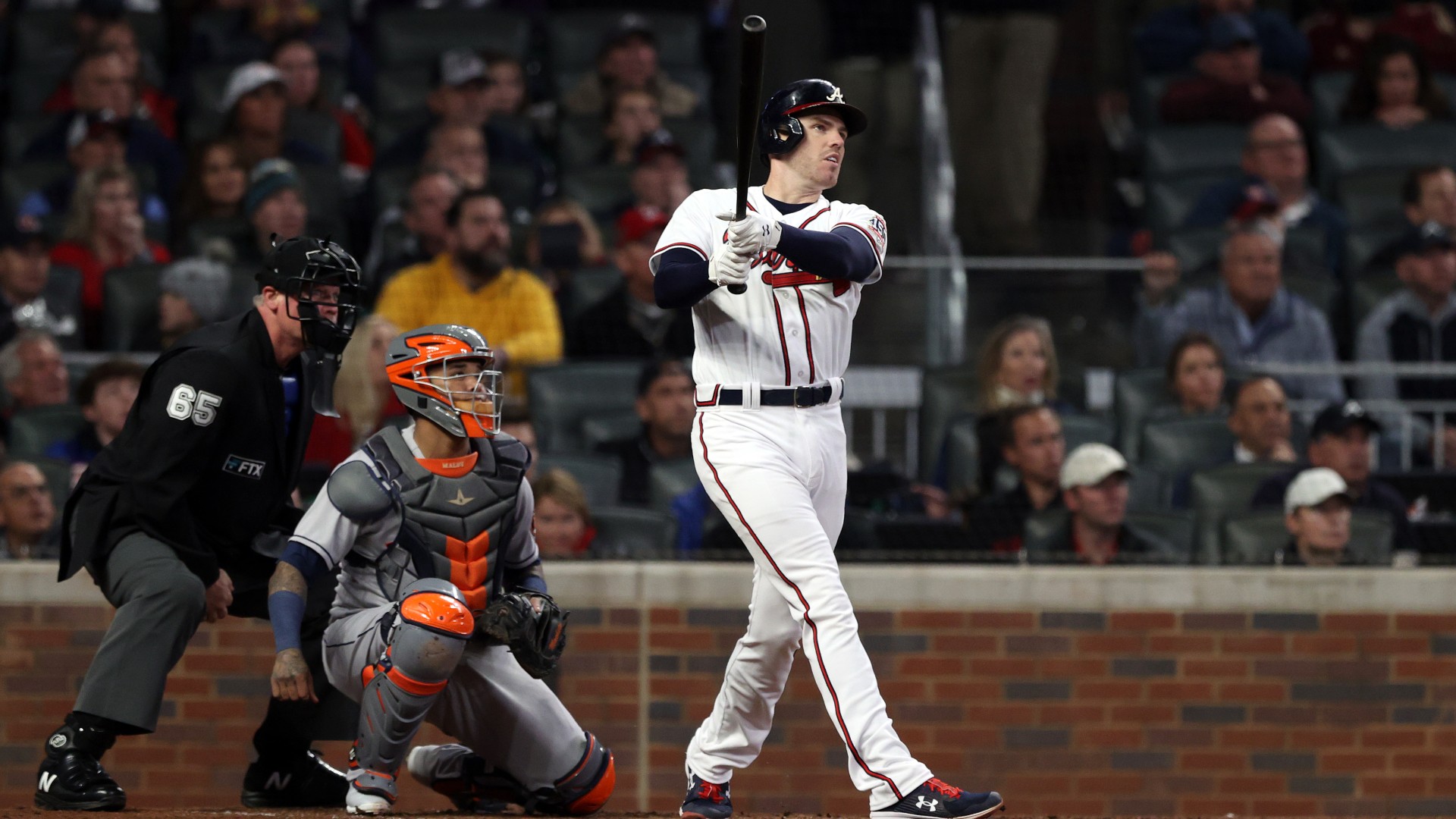 Everyone at Truist Park and watching at home knew the ball off Freddie Freeman’s bat was long gone.

The Braves first baseman caught a 94.5 mph sinker from Astros left-hander Framber Valdez over the heart of the plate right on the barrel of his bat, and he sent it 460 feet to right field for a no-doubt home run. The third-inning blast gave Atlanta a 5-4 lead over the Astros in Game 5 of the World Series on Sunday.

The distance of that blast checked off boxes on several milestones. It was the longest home run of the 2021 postseason to date, surpassing a 454-foot, two-run homer by Braves teammate Joc Pederson in Game 2 of the NLCS off Max Scherzer.

According to Baseball Savant, Freeman’s big swing was also tied for his longest blast among those tracked during the Statcast era, which started in 2015. The first homer was a 460-footer off Cardinals reliever Carlos Martinez in Game 1 of the 2019 NLDS. Both home runs are the longest hit by Braves players in the postseason in the Statcast era.

MORE: Swanson finally has game-changing moment as Braves move within one win of title

The first half of World Series Game 5 delivered plenty of back-and-forth moments. The scoring started early with Braves center fielder Adam Duvall hitting a grand slam in the bottom of the first, but the Astros responded with a pair of runs in the top of the second and two more in the top of the third to tie the game 4-4.

Freeman then gave the lead right back to Atlanta in the bottom of the third. According to ESPN Stats & Info, Freeman now has the most go-ahead postseason home runs in Braves history, passing Hall of Famer Chipper Jones.

6 of his 8 career postseason home runs have given the Braves the lead, passing Chipper Jones for the most go-ahead home runs in Braves playoff history. pic.twitter.com/dvYr4B89gK