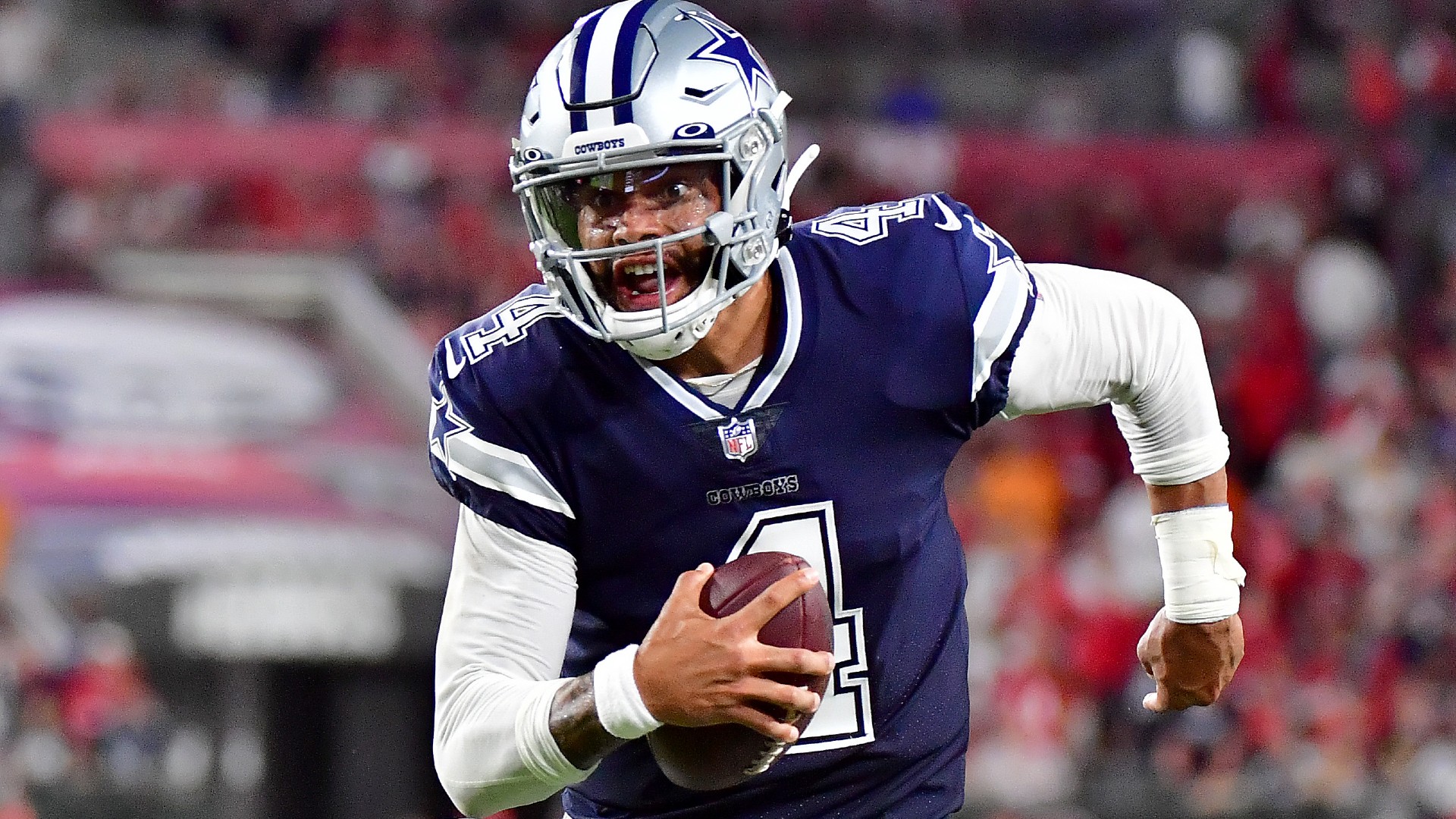 Dak Prescott and the Cowboys last played in Week 6 against the Patriots. The final play of that game was a walk-off touchdown from Prescott to receiver CeeDee Lamb.

Dallas emerged with the win, but their franchise quarterback also came up lame after the play. Few noticed it at the time, but Prescott appeared to suffer some sort of lower-body injury on the play.

The injury didn’t look like a long-term problem, but Prescott was helped to the locker room by Ezekiel Elliott. That began to raise alarm bells about his status moving forward.

The scene as Dak Prescott was assisted to the #Cowboys locker room by Ezekiel Elliott with what team describes as a right calf injury. Timely bye week next for team. Quarterback to be further evaluated tomorrow. pic.twitter.com/f1yvpTBu02

However, the Cowboys and Prescott didn’t seem worried about it, especially since the team was had a bye in Week 7.

“I’ll be fine, I promise you that,” Prescott said of his injury after the game, per Jon Machota of The Athletic.

But with Week 8 here, the problem is still lingering and is making Prescott’s status murky heading into the Cowboys’ “Sunday Night Football” matchup against the Vikings.

What is Dak Prescott’s injury?

Prescott is dealing with a calf injury that has been deemed a “right calf strain.” He was limited in practice for the Cowboys during the lead-up to Week 8, but his backup quarterback, Cooper Rush, took most of the first-team reps in practice this week.

NFL Network’s Tom Pelissero reported on “NFL Gameday Morning” that Prescott received an injection in his injured calf during the week. The Cowboys’ quarterback also dealt with some soreness on Friday as well, and earlier in the week, Mike McCarthy confirmed that while Prescott was planning to play, the decision wouldn’t necessarily be up to him.

“He’s got to cross the threshold to make sure he’s full-go,” McCarthy said, per ESPN.

IYER: 15 players most likely to be dealt at 2021 NFL trade deadline

How long is Dak Prescott out?

Prescott may not be out at all. He’s listed as “questionable” for the Cowboys’ “Sunday Night Football” game against the Vikings, but he wants to play.

The Cowboys, however, may not let him do that. They’re going to evaluate him during a pregame warmup, but he won’t play if there are any issues as he tests his calf.

If Prescott can’t play, it seems likely that he would miss just one contest. He is truly questionable for Sunday’s game, so if the Cowboys exercise caution with him, an extra week should allow him to heal and start for Dallas against the Broncos in Week 9 — provided that there are no setbacks.

RIVERA: What Kirk Cousins has said about COVID-19, NFL rules

Cooper Rush is the Cowboys’ backup quarterback. Rush, 27, has spent most of his five-year NFL career with the Cowboys. He had a brief stop with the Giants during the 2020 offseason, but he didn’t make New York’s 53-man roster and returned to Dallas.

Rush has never started an NFL game and has completed just 1 of 3 career regular-season passes for 2 yards. He also has two carries for 13 yards. That said, he was solid during the 2021 NFL preseason and completed 63 percent of his passes for 272 yards and two TDs.