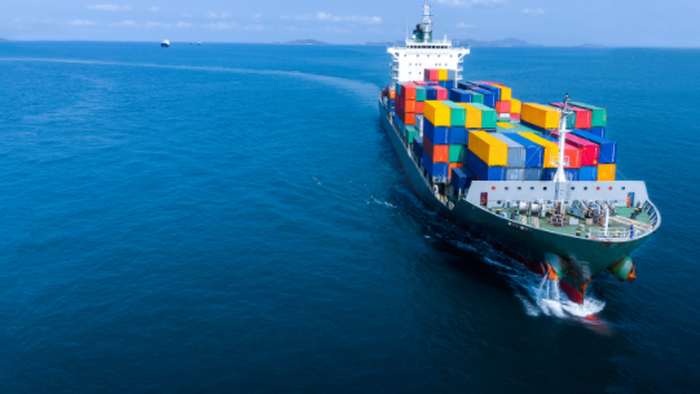 
Submitted by Quoth the Raven at QTR’s Fringe Finance,

This is part 1 of an exclusive Fringe Finance interview with shipping analyst (and friend of mine) J Mintzmyer, where we discuss the state of the supply chain in the country, what’s next for the shipping industry and what stocks appeal to him in the difficult-to-understand and cyclical world of shipping.

J is a renowned maritime shipping analyst and investor who directs the Value Investor’s Edge (“VIE”) research platform on Seeking Alpha.  You can follow him on Twitter @mintzmyer. J is a frequent speaker at industry conferences, is regularly quoted in trade journals, and hosts a popular podcast featuring shipping industry executives.

J has earned a BS in Economics from the Air Force Academy, an MA in Public Policy from the University of Maryland, and is a PhD Candidate at Harvard University, where he researches global trade flows and security policy.

Q: Hi, J. Thanks so much for taking the time to do this interview with me. I want to start simply for those who aren’t experts in shipping like you are. Can you describe in layman’s terms what the supply chain shortages are right now?

A: There are supply chain bottlenecks almost everywhere we look! This ranges from a shortage of available ships to log-jams at the nation’s top ports, to insufficient storage and warehouse space, missing or broken truck chassis, rail line delays, and shortages of truck drivers.

Despite what politicians or other talking heads like Jamie Dimon might tell you, there’s no simple fix to this situation. This has been a long-time coming, primarily due to a decade of underinvestment and delayed port upgrades, and the COVID-19 disruption was simply the straw that broke the camel’s back.

Are there any shipping name stocks that have caught your attention over the last few months, since we last talked?

Ironically, despite the rates going higher and higher and our companies earning stronger cash flows than even I expected to see this year, the majority of the stocks have lagged since June.

As the supply chain crisis goes more and more mainstream, it doesn’t seem like most investors or traders have figured out that this segment of the market is poised to benefit tremendously.

Folks look at a chart like Danaos Corp (DAC) and see that it has gone up 15x since last fall and they figure, “wow, I’m too late!” What they don’t do is run the math and realize that the free cash flows have been surging so significantly that the enterprise values of these firms have barely moved (i.e. the stock is way up, but that’s mostly just reflecting a massive debt paydown).

In many ways, a stock like DAC at $73 is cheaper today than it was last December at $20.

How does shipping and freight fit into the broken supply chain equation?

We are currently in the peak shipping season (normally August-November), which is due to pre-Holiday stocking which happens every year.

The supply-chain has already been stressed since Fall 2020, but we have went from ‘moderate’ stress to ‘extreme’ levels of disruption. This disruption has caused an increased demand for available ship routes, which have caused global freight rates to soar by more than 4-5x from last year’s levels.

Liners such as Maersk, COSCO, and ZIM are scrambling to fulfill the demand and therefore are willing to pay record lease rates to the owners of containerships, so we have a situation where there are both record freight rates and record ship leasing rates.

I read that LA and other ports still aren’t working 24 hours a day, like most European ports do. What are the ramifications of this? Will they eventually cave?

The shift to 24/7 operations is years overdue, especially in the peak August-November season; however, the ports simply don’t have enough trained manpower and proper procedures to shift to 24/7 ops on a whim.

It’s not about people ‘caving’ as much as it is about the need to design proper shift structures, hire enough workers, and train enough shift managers. Finally, even with the ports open 24/7, this only addresses 1 of about 20 log-jam factors.

Along those lines, ports say that even truck drivers haven’t been around in numbers of days past. Is this a contributing factor?

We have a nationwide shortage of truck drivers which has been a slowly developing problem for the past 4-5 years.

This didn’t happen overnight, but nobody cared about this stuff until a few months ago. This is a tough career field, but it can be financially rewarding and allow younger drivers with only a high school level education to become financially independent.

Unfortunately the benefits haven’t been well explained and with all the hype around ‘automated trucks’ (which are likely decades, or at least many years, away from being approved), it’s not surprising that there hasn’t been enough new recruits over the past years.

Does it concern you that our country relies so much on imports and that we don’t produce anything here?

It depends which categories you’re asking about.

I would like to see more computer chips and other high-tech products manufactured in the United States, but a large portion of these imports are in goods like shoes, clothes, and toys which we simply lack the competitive advantage to produce in the United States.

It is good economic sense to trade with other nations who can produce these lower-tech items more efficiently; however, I would agree that the balance has gone too far. More investment in high-tech manufacturing would be an obvious win for our country.

Zerohedge readers get 10% off an annual subscription to my blog by using this special link here.