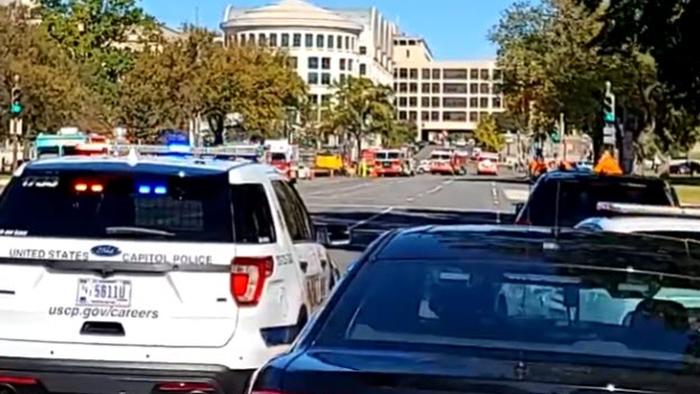 
Police in Washington, DC have closed roads around the US Capitol and the Department of Health, following reports of a bomb threat in the area on Wednesday.

Quite the police presence in front of the Capitol itself pic.twitter.com/nYHU4LTlV0

Six roads, including Washington Avenue and Third Street, were closed as Capitol Police investigated a bomb threat at the US Department of Health and Human Services on Independence Avenue – which was also closed by police.

UPDATE: @CapitolPolice have closed further roads around the Capitol complex as they investigate a bomb threat at the U.S. Department of Health and Human Services. @wusa9 pic.twitter.com/63v06MAQeB