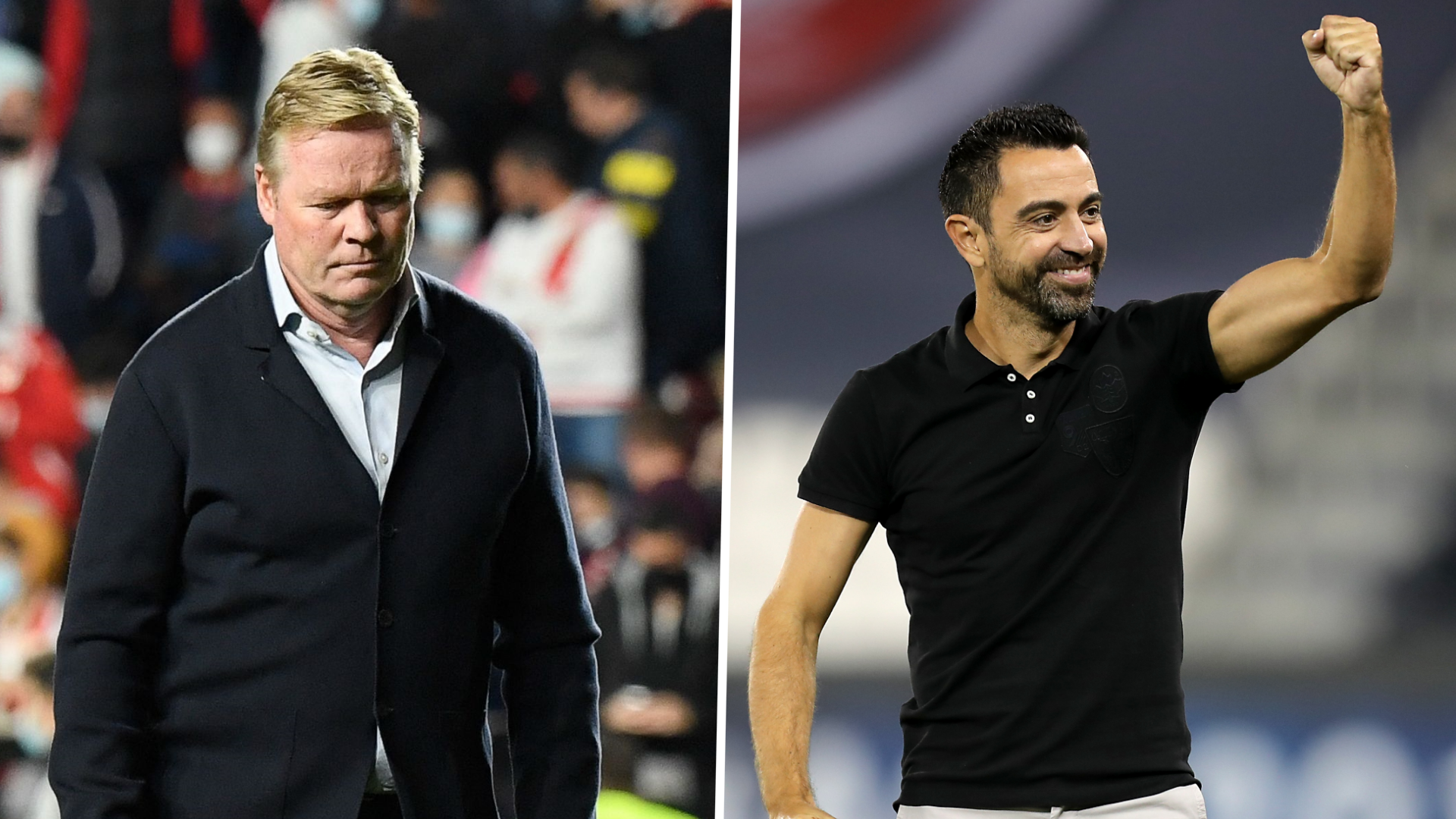 Barcelona have sacked Ronald Koeman as head coach following Wednesday’s defeat at Rayo Vallecano, while Goal can confirm the role has now been offered to club legend Xavi.

The loss left Barcelona in ninth place in the La Liga table, having won just four of their opening 10 league games.

The Blaugrana have also struggled in the Champions League this term, which led to Koeman’s ouster after just over a season in charge.

“FC Barcelona has dismissed Ronald Koeman tonight as coach of the first team,” a statement released by the club said. “Club president Joan Laporta informed him of the decision after the defeat against Rayo Vallecano.

“Ronald Koeman will say goodbye to the squad this Thursday at the Ciudad Deportiva.

“FC Barcelona wishes to thank him for his service to the club and wishes him all the best in his professional career.”

Barca could soon have a replacement for Koeman as Goal can confirm that longtime midfielder and current Al Sadd head coach Xavi has been offered the job.

Xavi has an exit clause with the Qatar side but it is understood that he wants to move to Barcelona, who are prepared to pay the fee needed to secure the 41-year-old.

Laporta had lost faith in Koeman several weeks ago, Goal understands, but he had remained in charge despite a slow start to the season.

But after Wednesday’s 1-0 loss to Rayo, which came on the back of a 2-1 defeat to Real Madrid in El Clasico at the weekend, Laporta felt that a change was needed immediately.

The Dutchman was confirmed as Barcelona manager in August 2020, taking over after Quique Setien had been dismissed in the aftermath of the club’s disastrous 8-2 defeat to Bayern Munich in the Champions League.

Koeman saw his side struggle in his first season in charge, but did manage to bring home one piece of silverware in the form of the Copa del Rey.

This offseason saw the club go through a major period of turmoil as its dire financial situation saw club legend Lionel Messi depart as a free agent after Barca were unable to re-sign him.