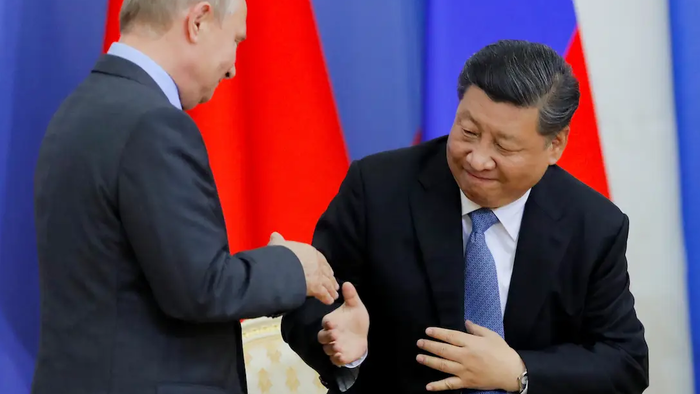 
One would think that for the world’s foremost international climate summit to be effective or have hopes of making any level of actual impact, the globe’s biggest greenhouse gas emitters would have to be represented. After all, European officials and media are now dramatically dubbing it as humanity’s “last best chance” to reign in the “out of control” specter of incoming climate “disaster”.

Multiple reports this week suggest Chinese President Xi Jinping will not be in attendance at the 2021 United Nations Climate Change Conference (COP26) set for Glasgow, Scotland from Oct. 31 through Nov.12. Putin has also confirmed he’ll be staying at home.

Though other heads of countries deemed the foremost climate-warming emissions producers will be in attendance, for example, Indian Prime Minister Narendra Modi who has days ago committed his attendance, China will merely send vice-environment minister Zhao Yingmin and China’s climate envoy Xie Zhenhua instead.

As Reuters points out, what amounts to a “cold shoulder” and symbolic messaging is huge: “The leaders of most of the world’s biggest greenhouse gas emitters gather in Glasgow from Sunday, aiming to thrash out plans and funds to tilt the planet towards clean energy. But the man running the biggest of them all likely won’t be there.“

The possibility that Xi could address the conference remotely remains. The “official” excuse for his absence will likely hinge on the pandemic: Xi has reportedly not traveled outside China since before the pandemic, instead choosing to make recent major climate announcements virtually.

One analyst representing Greenpeace in Beijing had this to say: “COP26 needs high-level support from China as well as other emitters,” suggesting Xi’s personal absence makes the whole international event somewhat futile in terms of any meaningful change.

Meanwhile ahead of Biden’s trip for the COP26 in Glasgow, the White House is scrambling to put together a clean energy package to be included in a major domestic policy bill so he doesn’t show up to the conference “empty handed”. As The Hill describes:

Next month’s climate summit in Glasgow has significantly raised the stakes for Democrats to reach a deal on President Biden’s social spending measure, which the White House wants to tout as a US achievement on the international stage.

Sending Biden to Scotland without anything close to a deal would land another blow on a president already suffering from falling approval ratings that have not been helped by the Democratic infighting over his agenda.

In China’s absence, and apparently with Beijing unwilling to concede anything further before the UN – also as it struggles with a looming major energy crisis amid a coal shortage – Biden is hoping to show up at the conference with something than can further put China on the defensive, following Beijing rejecting recent Washington efforts to negotiate climate issues as a ‘standalone issue’. But China has insisted it must be treated in connection with broader disputes which have taken the two countries’ relationship to a low-point.

What all of this means for COP26 is more “empty words and promises” (cue Greta-style rant) without any substance or concrete plans. No doubt this will only beget more and more conferences and reasons for international officials to jet set from one European and Asian capital to the next signing vague ‘commitments’. But then again maybe that’s the whole purpose behind the whole high-level climate activism industry and agenda in the first place: more photo-ops and nice meals with powerful people.

Yes, Greta will be in attendance, and as is typical will likely not utter a peep about China and Russia’s glaring absence…

A quote attributed to an official from Swiss multinational investment bank UBS has perhaps put it best:

The imminent COP26 climate change summit has prompted an increase in political rhetoric. Some of this is posturing (the strategy of “hug a tree to hug Biden” continues to play out).

To underscore yet further that Glasgow looks to be another futile exercise in elderly world leaders getting together for a big photo op with a few cliched climate mantras thrown in between the banquet dinners and cocktail parties, Russian President Vladimir Putin is also expected to be a no-show.

As AFP reported of Kremlin statements last week, “Russian President Vladimir Putin will not go to next month’s landmark UN climate summit, the Kremlin said on Wednesday as the UK stressed the importance of national leaders’ presence.”

Instead Moscow will like China send some lower level officials…

Kremlin spokesman Dmitry Peskov told reporters that “unfortunately Putin will not fly to Glasgow”, while stressing that climate change was “one of our foreign policy’s most important priorities”.

Russia is currently the fourth-highest carbon emitter, and critics say the country is doing far from enough to tackle the environmental crisis.

After days ago the UK indicated that at least 120 world leaders have confirmed their attendance, Prime Minister Boris Johnson is desperately urging countries to be represented at the highest levels of their government.

Johnson said they should be “represented at a senior level” so that the group can make “meaningful pledges when it comes to decarbonization.” But again, it looks yet again to be another futile event robust in political posturing and social media friendly sloganizing, especially without the Chinese and Russian leaders present.

To be sure, as we noted the other day, China is a much bigger offender than Russia…but the Russian Federation still ranks among the world’s biggest sources of emissions.

…the notion that anything “meaningful” will actually happen at this summit is almost laughable. The developed nations of the world haven’t even managed to reach their targets from the last major global climate conclave back in 2015, when the Paris Accords were signed.

The real question is: Why would anybody expect any progress at this meeting while China and Russia – who are two of the biggest offenders and therefore must be part of any global solution – won’t be there.