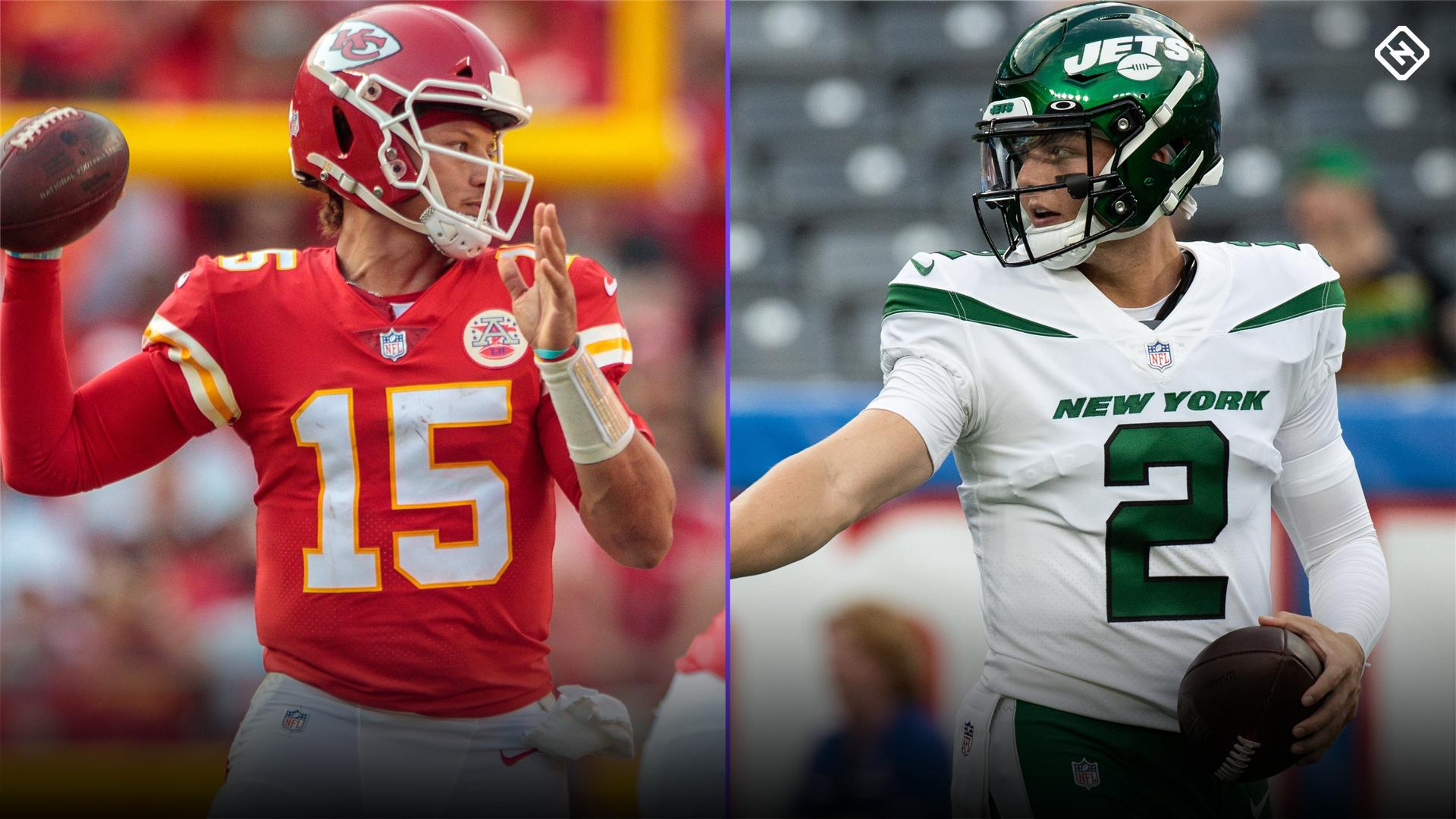 Patrick Mahomes and Zach Wilson both exited last week’s contests early, and their statuses will affect Week 8 fantasy QB rankings. While Wilson has been useless in most traditional leagues, two-QB/superflex fantasy owners know any quarterback injury can be significant. Let’s dive into the latest injury updates on each quarterback.

Mahomes was beaten up during the Chiefs’ matchup with Tennessee, but after being checked for a concussion, it appears he is good to go moving forward. Kansas City was in a 27-3 hole deep in the fourth quarter, so Mahomes leaving the game was more of a precaution, as he immediately cleared the concussion protocol.

That said, continue to start Mahomes. This is the first time in his career he’s laid on a complete dud on the fantasy scoreboard. Although the Chiefs offense is struggling, you have to continue to trust him. He’ll get an extra day to recover this week as he takes on the Giants on Monday night. We rank him as our QB2 for Week 8.

After being taken down from behind, Wilson exited the game against the Patriots in the second half. ESPN’s Adam Schefter reports Wilson is set to miss two-to-four weeks due to a sprained PCL.

Again, we know Wilson doesn’t mean much to many fantasy owners, but those in two-QB/superflex leagues might be scrambling to find a replacement. In most of those leagues, all starters are rostered, so Mike White would become a top priority ffor a select few. Downgrading from Wilson to White isn’t great for New York’s receivers, but ultimately their values don’t change much in a tough Week 8 matchup against Cincinnati.