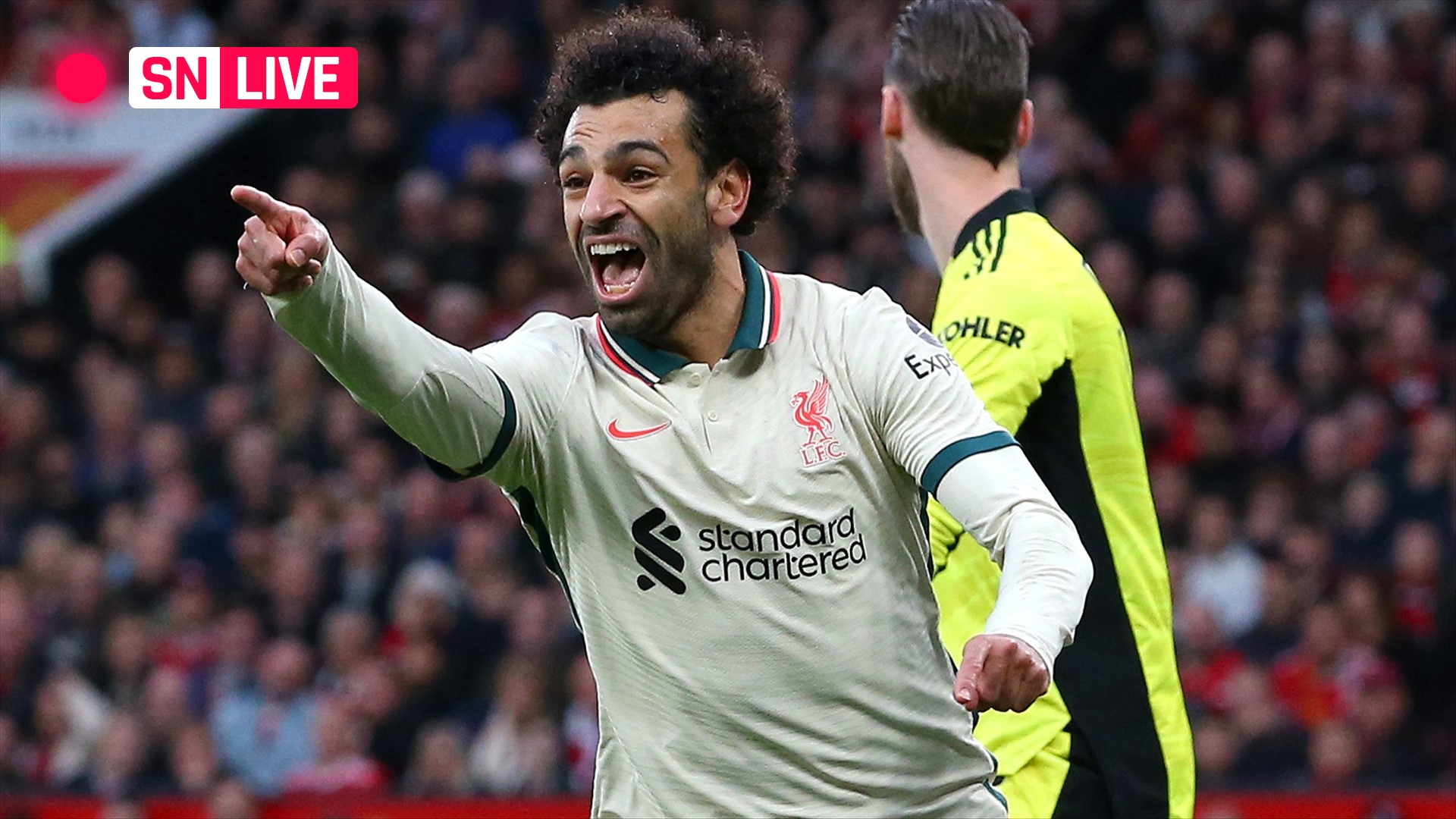 Manchester United is at risk of seeing the top three get away from them barely one third of the way through the new English Premier League season — unless it can beat Liverpool at home on Matchday 9.

The Red Devils are in seventh place (14 points), but they’re already eight points away from leaders Chelsea. A loss to third-place Liverpool (18 points) would also extend the gap between them and their Premier League rivals to seven points.

The match will also be a head-to-head between two of the most in-form superstars of the moment: Cristiano Ronaldo (six goals in eight matches) and Mohamed Salah (12 goals in 11 matches) have been the attacking forces of their respective teams, and the talk of the football world over the last two months.

Sporting News will follow the match live and provide score updates, commentary and highlights as they are available.

77th min.: SUB – Sadio Mane comes on for Roberto Firmino. Jurgen Klopp not looking for Liverpool to back down here.

71st min.: What a shot by Trent Alexander-Arnold and what a stop by David De Gea. That was destined for the far left corner.

63rd min.: Naby Keita is leaving the field on a stretcher after that Pogba tackle and Alex Oxlade-Chamberlain replaces him.

62nd min.: SUBS – Bruno Fernandes and Marcus Rashford come off. Edinson Cavani and Diogo Dalot come in after the Pogba red card. Fans are not sticking around to see what they do:

59th min.: Paul Pogba gets a yellow for a reckless lunge on Naby Keita and the referee’s going to look at it at the monitor.

52nd min.: Cristiano Ronaldo scores on a solo effort, but it’s disallowed for a slight offside.

50th min.: It’s a hat trick for Mo Salah! What a ball by Jordan Henderson to Salah and he pokes it past David De Gea.

Mohamed Salah is the first player in Premier League history to score a hat-trick against Man Utd at Old Trafford.

46th min.: We’re back underway and Paul Pogba is into the game for Mason Greenwood. Meanwhile, Bruno Fernandes gets a yellow card for a challenge. Not exactly the start Man United was expecting.

50th min.: Liverpool put away a fourth goal before the break! Four players touch the ball and Mo Salah finishes the move for his second goal. Tough to see Man United coming back from this.

46th min.: Tempers are flaring for Man United. Cristiano Ronaldo should’ve been sent off, but instead gets off with a yellow after kicking the ball into the midsection of Curtis Jones, who was on the ground. Totally unnecessary.

33rd min.: It’s a third for Liverpool! They’re flying around the Man United box. This time it’s Naby Keita with the cross and Mo Salah finishes for a goal in his 10th straight game.

29th min.: Mason Greenwood with the solo effort. His shot is stopped by Alisson for a corner, but nothing comes of it.

26th min.: SUB – Curtis Jones has to come into the match for James Milner in midfield.

23rd min.: Another blast from a United player. This time it’s Luke Shaw and it goes wide right.

19th min.: Man United is pushing hard and it’s Cristiano Ronaldo who skies his shot. Liverpool is sharp, Man United depending on solo efforts so far.

13th min.: Another Liverpool goal! Diogo Jota with the sliding finish on the cross from Trent Alexander-Arnold.

10th min.: Liverpool gives away the ball in its own end and Marcus Rashford nearly makes them pay. Ball is off target.

9th min.: Mo Salah dangerous again but he can’t get his shot on target.

7th min.: What a start for Liverpool. Another chance for Roberto Firmino stuffed by the ‘keeper.

5th min.: Goal Liverpool! Fantastic move and great runs by the attacking players. Mo Salah makes the cross-field run, gets the pass and then feeds a wide-open Naby Keita who slots home easily. It’s another goal for the oft-criticized Keita.

11:21 a.m.: A taste of the atmosphere inside Old Trafford, from a Liverpool perspective:

Liverpool start with Diogo Jota, Firmino & Salah, who all scored in the 4-2 PL win at Old Trafford on May 13 pic.twitter.com/g4PzqiaJOV

📊 STAT: Liverpool are unbeaten in their last 25 Premier League matches against teams with ‘United’ in their name. Avoiding defeat today would make it the joint-longest run in the history of the Football League. #awlive [lfc] pic.twitter.com/haXvv5zXp8

So much for the alarms that Solskjaer put out there ahead of the match. It turns out that Bruno Fernandes, Fred and Marcus Rashford are well enough from their midweek Champions League knocks to start again. It’s the same lineup that faced Atalanta, and Paul Pogba is on the bench. Center back Raphael Varane is still out with the groin issue.

Liverpool won’t have central midfielder Fabinho for the game, and Curtis Jones starts on the bench. So it’ll be James Milner and Naby Keita in their place. Diogo Jota is in the lineup as Sadio Mane gets rest; so goes Joel Matip as Ibrahima Konate takes his place. Harvey Elliott (ankle) and Thiago Alcantara (calf) are still out.

How to watch Manchester United vs. Liverpool

The match will air live in English and Spanish in the USA. NBCSN (English) and Telemundo (Spanish) will air the game and both channels are available to stream on fuboTV .

MORE: All the results from Matchday 9 in the Premier League

New subscribers to fuboTV can take advantage of a free 7-day trial .

Picking a side is tricky in this spot. Liverpool is clearly the better side at the moment, but Man United is known to come up with great performances when the Red Devils have their backs to the wall. So playing a team prop is the alternative chosen here.

Entering Matchday 9, Liverpool has scored the most goals and generated the most shots on goal of any team in the Premier League. It’s no surprise why: In addition to Salah, its attacking players have been in strong form. They will face a Man United team that has allowed the 10th most shots on target in the league (34) with the third highest shots on target percentage allowed (34.7 %), per FBref .

In the 12 matches played across all competitions, Liverpool has only failed to get six or more shots on goal on five occasions: Two of those came against Norwich City, and the other three happened in the most evenly contested matchups of the season: at Brentford (4), vs. Manchester City (3) and at Atletico Madrid (5).

Given how porous Man United has shown itself to be — only one shutout in 12 matches — and especially without its top defensive signing Raphael Varane, the over 5.5 shots on target for Liverpool at -115 makes for an interesting play.