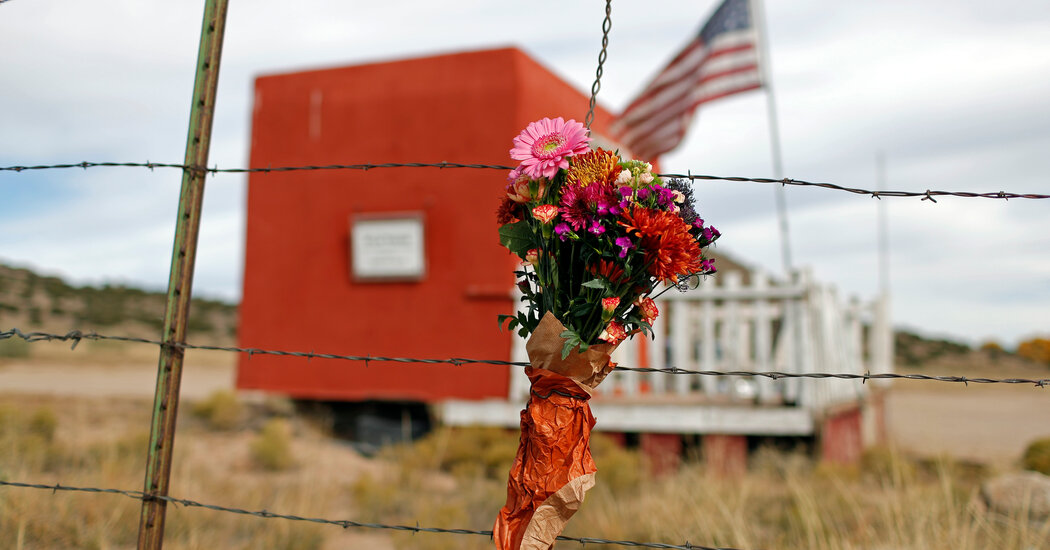 
In addition to Mr. Zanoff, five other experts in the use of firearms on film or television sets said that it was against usual protocol for an assistant director to hand a gun to an actor. One of the experts, Mike Tristano, a veteran professional armorer based in Los Angeles, said that typical practice on a film set would be for the armorer to hand the gun to the actor and that the chain of events described in the affidavit struck him as a “red flag.”

In his affidavit, Detective Cano said that after Mr. Baldwin fatally shot Ms. Hutchins, the cinematographer, and wounded Joel Souza, the film’s director, Ms. Gutierrez took the spent casing out of the gun used in the shooting and later handed the gun to sheriff’s deputies. The detective also said that he learned that Mr. Halls, the assistant director, did not know live rounds were in the gun he had given to Mr. Baldwin.

On a podcast posted last month, Ms. Gutierrez, who also goes by Hannah Reed and Hannah Gutierrez-Reed, said she had just finished filming her first movie as head armorer in a western called “The Old Way,” starring Clint Howard and Nicolas Cage, that is set for release next year.

“I was really nervous about it at first, and I almost didn’t take the job because I wasn’t sure if I was ready, but doing it, it went really smoothly,” Ms. Gutierrez said in the podcast, “Voices of the West,” on which the hosts discuss old western films and television shows. She is the daughter of Thell Reed, a shooting expert who has put on exhibitions and a consultant to the movie industry who has trained prominent actors in handling firearms.

In addition to the safety concerns, the three crew members who quit also cited other grievances. They said the crew had complained to the film’s producers about extended delays to some of their paychecks and about the production’s refusal, at times, to book them hotel rooms in Santa Fe, near the set.

That meant that some of the crew had to drive about an hour to their homes around Albuquerque after a long day on set in a physically demanding job, the members said.

Their concerns went unaddressed, the crew members said, and by Wednesday, six of them filed resignation letters after one of them was denied a hotel room to sleep in after a long day. Hours before the fatal shooting, the crew members arrived on set on Thursday morning to pack up their belongings and said they learned that the production had hired nonunion workers to replace them.