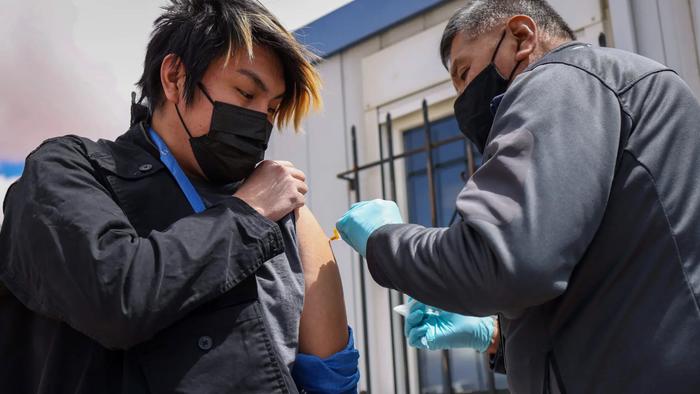 
After releasing briefing documents that seemed to suggest the FDA’s advisory committee wouldn’t approve booster jabs for any adults – at least, not just yet – a meeting of the committee on Thursday has led to a decision to allow booster jabs, but only for patients 65 and up, who according to safety data are at the lowest risk for rare side effects like heart inflammation, as well as others at high risk.

The panel voted in favor of delivering a half-dose as a third injection for the same sub-section of the adult population who became eligible for the Pfizer booster last month thanks to an emergency approval.

Moderna shares rallied on the news, offering investors a little relief after a tough couple of days that saw experts speculating about the possibility that Pfizer’s jab would be approved as a booster, while Modern’s might not. Shares rallied in the last hour of trading Thursday.

Notably, some of the advisors who approved the booster jab said the paucity of data (earlier cited as a main reason why the booster approval might be put on hold) was a disappointment, but at the end of the day, a precedent of speed over thorough safety reviews had already been established.

Dr. Patrick Moore @US_FDA member says he voted yes on Moderna boosters based on feelings not on data.

That the data is not strong.

These are the people making our health decisions.
Sick.#Moderna #Booster

Committee members said that while they hoped for far more robust data,  several pointed out that the FDA had already set its precedent by authorizing booster shots on an emergency basis for recipients of the Pfizer jab.