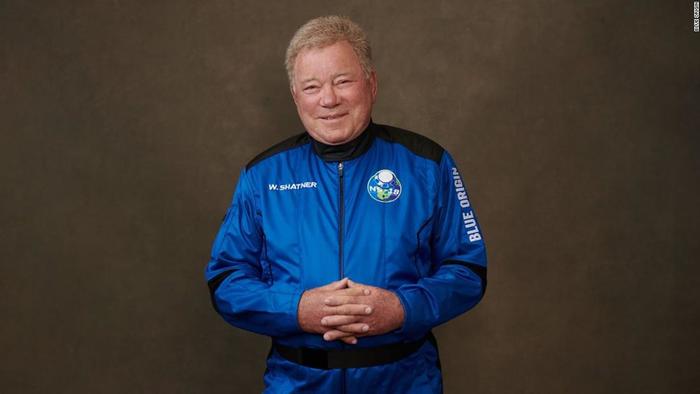 
William Shatner is about to rocket into space, courtesy of billionaire Jeff Bezos’ Blue Origin rocket.

Shatner, 90, is the actor who first played the space-traveling Captain Kirk in the Star Trek series that ran for three years in the late 1960s.

“I’ve heard about space for a long time now,” Shatner said in a press release. “I’m taking the opportunity to see it for myself. What a miracle.”

NASA has wished Shatner, the oldest person set to ever to travel to space, best travels on this morning’s flight to low Earth orbit.

🖖 @WilliamShatner We wish you all the best on your flight to space.

You are, and always shall be, our friend. https://t.co/5nmXfvMydU pic.twitter.com/oL65h3y9Hi

Days ago, he tweeted that he’s finally going to be a “rocket man.”

“There’s an element of chance here … This isn’t like going on one of the various life-ending possibilities that I’ve done all my life. I’ve been on things that are like ‘oh, wow that makes me nervous.’ This makes me more nervous,” he said

However, he’s pretty stoked about going to space:

“What will I see?” Shatner told Cooper. “Because not only will I look at the majesty of space and the oasis of Earth, but isn’t there a possibility that things fly by as we’ve seen on cameras? What’s the explanation of that?”

“I want to press my nose up against the plastic window. What I don’t want to see is somebody else out there looking back at me.”

William Shatner, 90, known for playing Captain Kirk on ‘Star Trek,’ jokes with @AndersonCooper about his plans for for space travel. pic.twitter.com/bvHtIZjA3Q