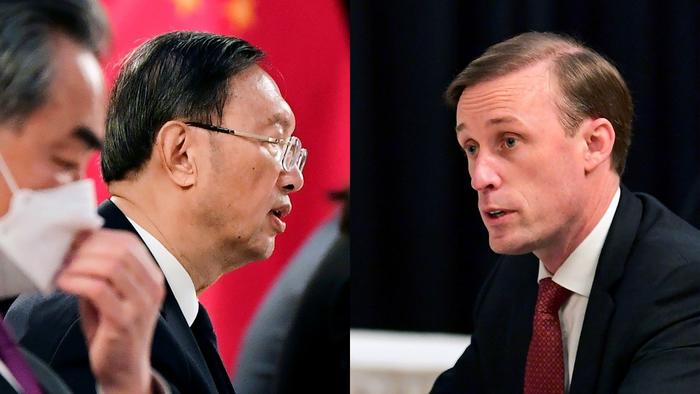 
After the close of Wednesday’s high level US-China delegation talks which were held behind closed doors in a Zurich airport hotel, led by US national security adviser Jake Sullivan and his Chinese counterpart, top diplomat Yang Jiechi, Bloomberg reports that President Joe Biden plans to meet virtually with Chinese President Xi Jinping before the end of the year, based on a senior admin official.

This as the White House cited “more meaningful and substantive” discussions than previous meetings – a reference that had the last March Alaska summit in mind which devolved into a very public spat and name-calling. The Chinese side also positively noted “candid” and “in-depth discussions, with Chinese statement citing Yang to say “China attaches importance to Biden’s positive remarks recently and noted that the US said it doesn’t intend to contain China or engage in a new cold war.”

News of the planned virtual summit also comes just on the heels of Biden telling reporters that he and Xi previously agreed stick to the “Taiwan agreement” – in somewhat confusing remarks while standing on the White House lawn. This after a weekend which saw China deploy no less than 150 warplanes over four days to breach Taiwan’s defense identification zone.

The Sullivan-Yang talks reportedly went for six hours, with Axios citing an official who emphasized there was a noticeably “different tone than Anchorage” and also “not just the usual talking points”. Here are more details per the report:

Likely Beijing is only too happy to indulge the Biden administration on debating on what terms that nebulous “commitments” on climate change will be dealt with. More via Axios…

Again, unlike the prior showdown in Alaska, which it should be recalled ended with the entire Chinese delegation prematurely storming out of the lobby of their Anchorage hotel, the Chinese side on Wednesday said ‘intense diplomacy’ is required and indicated it was satisfied with the “direct” and wide-ranging nature of the Zurich meeting.

Chinese Defence Ministry spokesperson Wu Qian blamed “continuous provocation and containment” of China by the US for the “considerable difficulties and challenges” between the two militaries.https://t.co/IVlO6a8fcq

The red herring of the climate change issue aside, it remains Taiwan and South China Sea military encounters that will likely take center stage when Biden and Xi hold their planned summit, and of course defusing the global economic rivalry back toward trade cooperation. Over the last couple of years, Beijing has made a stink about arms sales to Taiwan under the Trump Administration, with more deals expected under Biden and his successors.