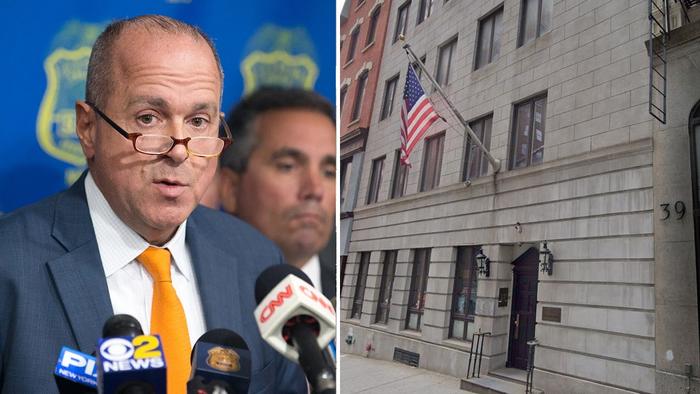 
The FBI raided the lower Manhattan headquarters of the NYPD’s Sergeants Benevolent Association Tuesday morning as part of an “ongoing investigation” into the SBA, according to the NY Daily News, citing an agency spokeswoman.

The 11,000-member union is headed by outspoken president Ed Mullins, a member of the NYPD since January 1982 known for his frequent criticism of political opponents, including New York Mayor Bill de Blasio. Mullins took over as head of the SBA in 2002.

“No comment for now,” said Mullins’ lawyer Andrew Quinn regarding the AM raid.

As the Daily News notes:

In another instance during the pandemic, Mullins tweeted that the city’s health commissioner was a “b—h” who had “blood on her hands” after she sparred with the NYPD over half a million hospital-grade face masks.

Truth is this bitch has blood on her hands but why should anyone be surprised the NYPD has suffered under DeBlasio since he became Mayor. https://t.co/lFGQJnBJoQ

In a piece written earlier this summer for the MailOnline, the Greenwich Village native tore into the soon-to-depart mayor’s two terms in City Hall.

“Since first taking office in 2014, de Blasio’s incendiary anti-police rhetoric has already resulted in three police officers being executed while sitting in police vehicles, Molotov cocktails being lobbed at officers and into police vehicles, armed assaults on police facilities, cops being pelted with debris, and wholesale damage to police and public property,” wrote Mullins.

The only NYPD union with a conservative critical of Biden, de Blasio, and BLM at the helm.

But nothing to see here. Totally trust the FBI. https://t.co/ifC3ueiZzj