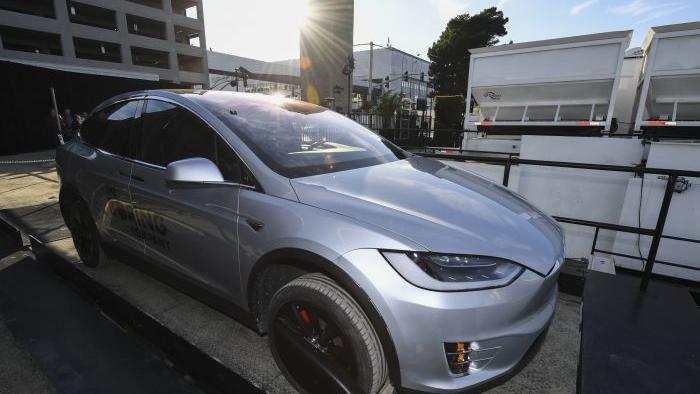 
Authored by Brad Jones via The Epoch Times,

California’s Reparations Task Force recently heard ideas ranging from “40 acres and a Tesla” to cash settlements to compensate the descendants of chattel slavery in America.

The Task Force to Study and Develop Reparation Proposals for African Americans listened to hours of professional and personal testimony from witnesses and public comments at a two-day hearing Sept. 23 and 24.

The meeting focused on the evils of chattel slavery during the Trans-Atlantic slave trade and its effect on the descendants of black Americans who were enslaved. Although the tone of the meeting was mostly somber and emotional, the “40 acres and a Tesla” comment drew smirks from a few individuals on the nine-member task force, including Assemblyman Reggie Jones-Sawyer (D-Los Angeles) who broke into laughter.

A man who said his name was Kash Gaines made the remark on Sept. 23 during public comments.

Aside from direct cash payments to descendants of slavery, Gaines suggested “40 acres and a Tesla” would be more in step with modern times than the “40 acres and a mule,” as the phrase is popularly known.

Since the task force often mentioned that California is “one of the richest states in America and comparable economically to some countries,” Gaines said, “it’s a shining beacon for setting a high ceiling for what reparations could look like.”

“So just keeping that in mind—I hope that that’s well understood—what are y’all’s thoughts on trying to connect our reparative justice to so-called influencers of our time and specifically Silicon Valley … and in a way, even the black church, and that’s by having a 40 acres and a Tesla claim, essentially an update to the mule, where Elon Musk would have to argue why he wouldn’t fulfill a claim for 38 million cars for black Americans?” he asked the task force.

“It is my understanding Gavin Newsom is trying to move California off of being on gasoline cars anyway,” he quipped.

“So just something to keep in mind that we are very, very interested in not just the direct cash payments as reparations, but in our land, and trying to connect it to something sexy for the next generation. And again, this connects to the black church, as was mentioned earlier, because it was the black church who gave that solution to General Sherman of 40 acres. It’s just I’m not with a mule no more, I’m with Tesla or something that’s an update.”

The phrase “40 acres and a mule” is commonly used to exemplify broken promises made to the descendants of slaves, and it has surfaced often during task force hearings.

The saying stems from the words of Union Army Gen. William T. Sherman, who—with the support of President Abraham Lincoln—promised 400,000 acres of confiscated Confederate land in the Carolinas to freed slaves near the end of the American Civil War.

Sherman and Union leaders met with black church ministers in Savannah, Ga., where the former slaves were asked what they wanted. The slaves told the famous general they wanted their own land. Sherman, in his Special Field Order 15, stated that land along the Southeast coast was to be set aside for 4,000 black families that had been enslaved so that “each family shall have a plot of not more than forty acres of tillable ground.”

He then assigned Brig. Gen. Rufus Saxton to the job of dividing up the land into 40-acre plots.

Though the words “and a mule” were never mentioned in Sherman’s order, it is said some of the freed slave families were given Army mules, and by Jan. 16, 1865, the promise of 40 acres became popularly known as “40 acres and a mule.”

As it turned out, Sherman’s order was short-lived. Not long after Lincoln, a Republican, was assassinated on April 15, 1865, his successor, President Andrew Johnson, reversed the order and returned the 400,000 acres to its previous Confederate owners. Johnson was a southern Democrat who ran as Lincoln’s running mate on the National Union ticket in 1864.

The Reparations Task Force has two years to draft an apology to the descendants of slaves and recommend ways the state might compensate them. It was established on Sept. 30 last year when Newsom signed Assembly Bill 3121, authored by then-Assemblywoman Shirley Weber, into law. She now serves as Secretary of State in Newsom’s administration.