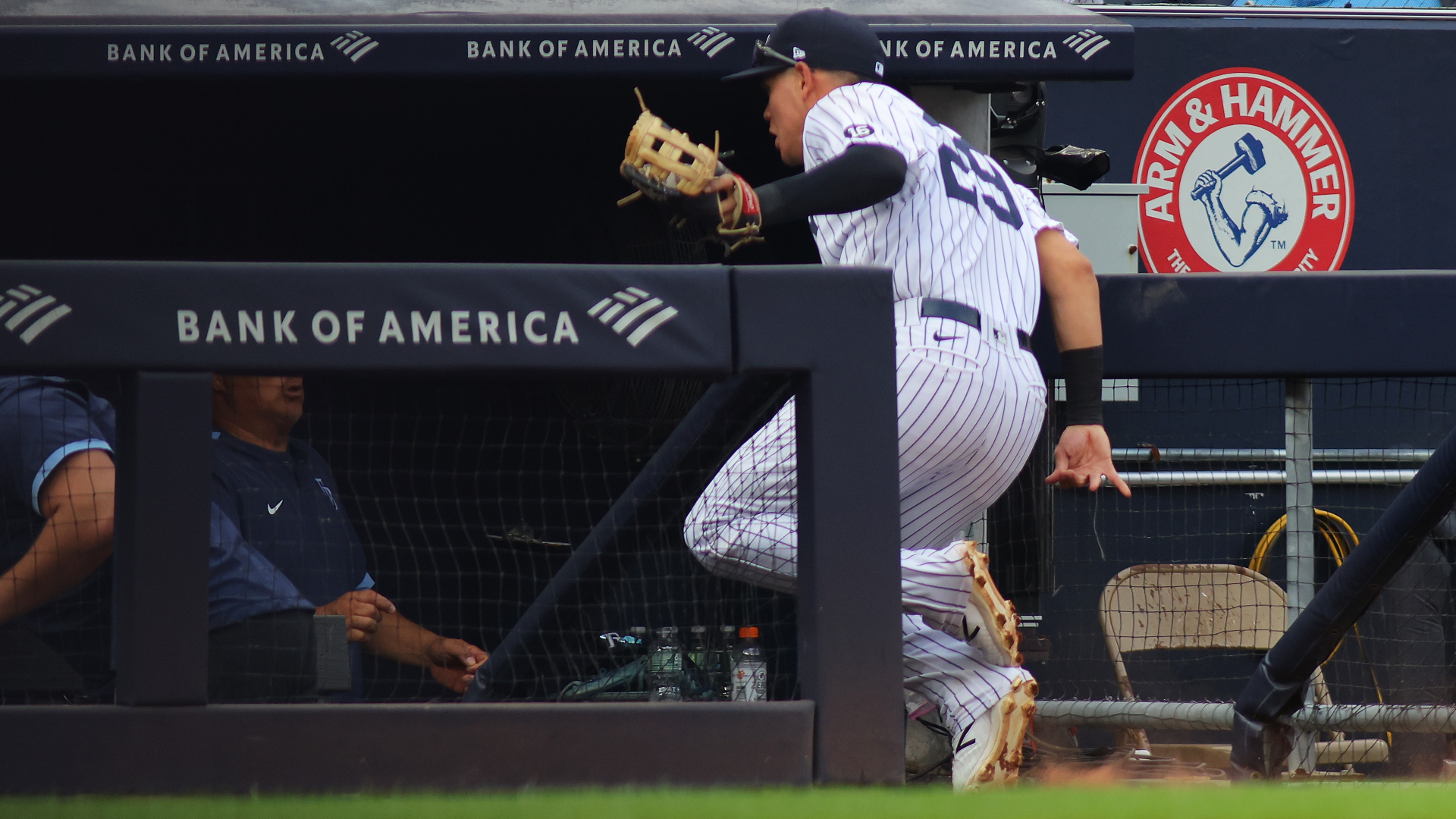 By most defensive metrics, Gio Urshela has been one of the American League’s top fielding third basemen since becoming a full-time player for the Yankees in 2019.

And even though the metrics are on Urshela’s side, on Sunday, he passed the eye test when he made one of the plays of the year in the Yankees’ 1-0 walkoff win to clinch an AL Wild Card spot. The Yankees finished 92-70 and will take on the Red Sox, who also finished 92-70, in Tuesday’s Wild Card game.

It was the top of the sixth inning in a must-win game for the Yankees when Rays’ outfielder Ausin Meadows hit a ball into foul territory. Urshela charged full speed ahead to make the catch, falling down the steps to the Rays dugout as a result.

After the play, Urshela was replaced defensively at shortstop by Andrew Velazquez as a precuationary measure.

But Yankees manager Aaron Boone said it could’ve been much worse.

“I think all things considered, we got really lucky,” Boone said postgame. “From my vantage point, he looked like a missile flying in there and it scared me to death. I jumped out and ran straight over there, not knowing what I was gonna see.”

Boone continued on to say the extent of Urshela’s injury seems to just be a bruise that stiffened up on him, but that shouldn’t prevent him from playing in Tuesday’s wild card game against the Red Sox in Fenway.

Urshela hit .267 with 14 home runs and 49 RBI in 116 games for the Yankees this season splitting time between third base and shortstop.

Aaron Boone on Gio Urshela: “What an epic play.” Urshela banged his thigh hard. They think it’s a bruise, and it stiffened up on him, but Boone does not seem concerned about his availability for the Wild Card Game.

The Yankees already got a major blow dealt to their infield when they announced star second baseman DJ LeMahieu landed on the injured list with a hernia and won’t be available until the ALCS at the earliest.

Boone: “We just feel like he is too compromised right now.”

Said that LeMahieu could be available for a potential ALCS.

MORE: Umpire Joe West to retire at the end of this season

LeMahieu is a two-time batting champion and has finished top-5 in MVP voting in each in of his first two seasons with the Yankees to go along with three All-Star nods and three Gold Gloves.

Urshela will likely help anchor the Yankees infield in LeMahieu’s absence as the Yankees look to win the Wild Card game and ultimately advance to the World Series for the first time since 2009.

Urshela came to the Yankees from the Blue Jays in 2018 and made his debut in 2019. Prior to his arrival in New York, he was worth -1.2 Wins Above Replacement, but has been worth 6.3 Wins Above Replacement since suiting up in pinstripes. He’s also been second on the team in batting each of the last two seasons.