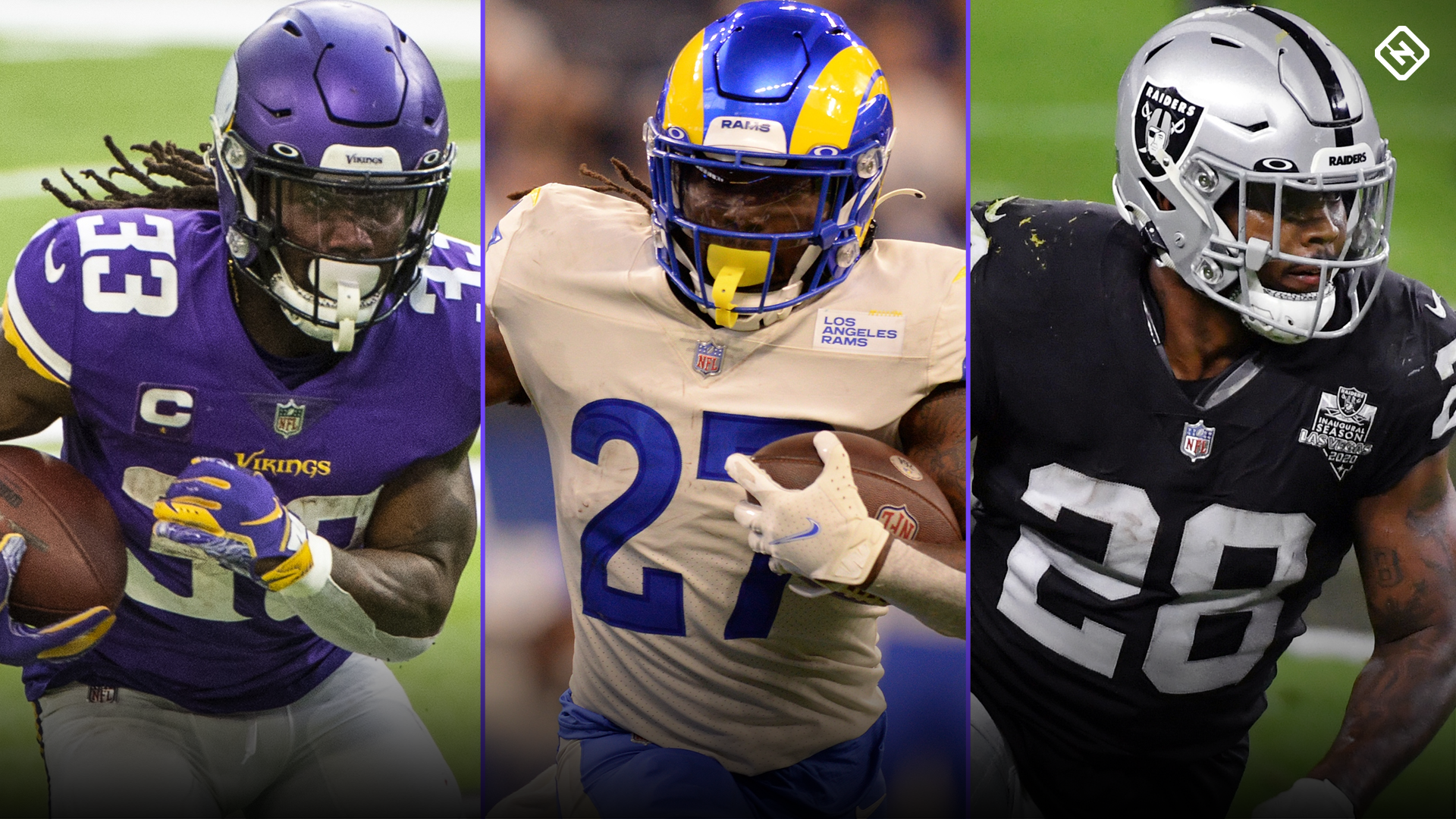 Dalvin Cook, Darrell Henderson, Josh Jacobs, and Elijah Mitchell were all inactive last week and figure to be “questionable” for Week 4. None of them are trending dramatically in one direction, so they’ll have to be monitored as the week progresses. Any of them being out will affect Week 4 fantasy RB rankings, so our fantasy injury updates will give insight on their current situations and who will benefit in fantasy from their absences.

For updates on banged-up RBs Christian McCaffrey and James White, click here; for the latest on Sunday’s injured WRs, including A.J. Brown, JuJu Smith-Schuster, Sterling Shepard, Tyler Lockett, and more, click here. For all the latest fantasy news, follow us on Twitter  @SN_Fantasy.

Mike Zimmer made it seem like Cook was going to play in Week 3 despite his ankle injury. He was ultimately ruled inactive on game day, and Alexander Mattison filled in and played well in his absence. We’re not sure if Cook is going to play in Week 4 just yet, but with Mattison being so effective, there’s a possibility the Vikings won’t rush him back. As always, stay tuned for updates, but this situation will probably be like it was last week, with Cook listed as “questionable” and announcement on Sunday morning.

Meanwhile, Mattison is a great play if Cook is inactive again. Against Seattle, Mattison saw 32 touches and netted 171 yards. He was the RB7 in both standard and PPR, so good job if you drafted him as one of the league’s top handcuff RBs. Either starting RB is a must-start, but Cleveland’s defense figures to be a notch ahead of Seattle’s, so knocking on the door or 200 yards from scrimmage isn’t as likely.

For now, we’re setting our rankings as if Cook is going to go, and we’ll adjust accordingly if he’s ruled out really in the week. He’s our RB3 in PPR leagues and in standard leagues for Week 4.

Henderson (ribs) missed Week 3, but his injury is not expected to continue to hold him out. It’s possible we’ll see him as early as Week 4, but if he’s out for that game, he should definitely be ready to go for Week 5 barring any setbacks. Without Henderson’s services against Tampa Bay, Sony Michel wasn’t efficient, but he did get a workhorse role. He totaled 23 touches for 79 yards against a tough Buccaneers’ front seven.

If Henderson is back for the matchup with the Cardinals, he’ll be an interesting play. The Cardinals’ defense has been middle-of-the-pack against running backs, and Henderson was dominating touches when he was active. However, the Rams might opt to make this an air attack, as Arizona’s secondary is much weaker than their front seven. If this game turns into a shootout, there could be little work for running backs.

That said, we ranked Henderson as the RB27 in standard leagues and RB34 in PPR for Week 4.

Jacobs (toe, ankle) has missed two straight games, but Jon Gruden reportedly is anxious for his return. The team is hoping Jacobs can practice this week, and he’ll get an extra day to get ready since they’ll take on the Chargers on Monday night. At this point in the week, we’re unsure whether he’ll play, but we’ll continue to follow updates. If he misses the game, Peyton Barber looks to be the lead man in the ground attack for Las Vegas.

If Jacobs suits up, we have him as our No. 18 RB in standard and No. 23 RB in PPR against a Chargers’ team that has given up the 11th-most fantasy points to running backs.

Mitchell (shoulder) is in a similar boat as Jacobs. The 49ers are hoping he’ll practice, but we don’t have much more information than that. What we do know — the Seahawks’ defense is bad at all three levels. If Mitchell does play, he should see some nice running lanes en route to a successful day. If not, Trey Sermon figures to be the lead back again for Kyle Shanahan’s offense, but he didn’t look all that impressive against the Packers in Week 3. Mitchell is definitely the RB you want to be targeting in this backfield.

Mitchell is our RB19 in standard and RB22 in PPR leagues for Week 4. If Sermon is getting the start, he’ll likely be ranked a little bit below Mitchell is now based on what we’ve seen so far.