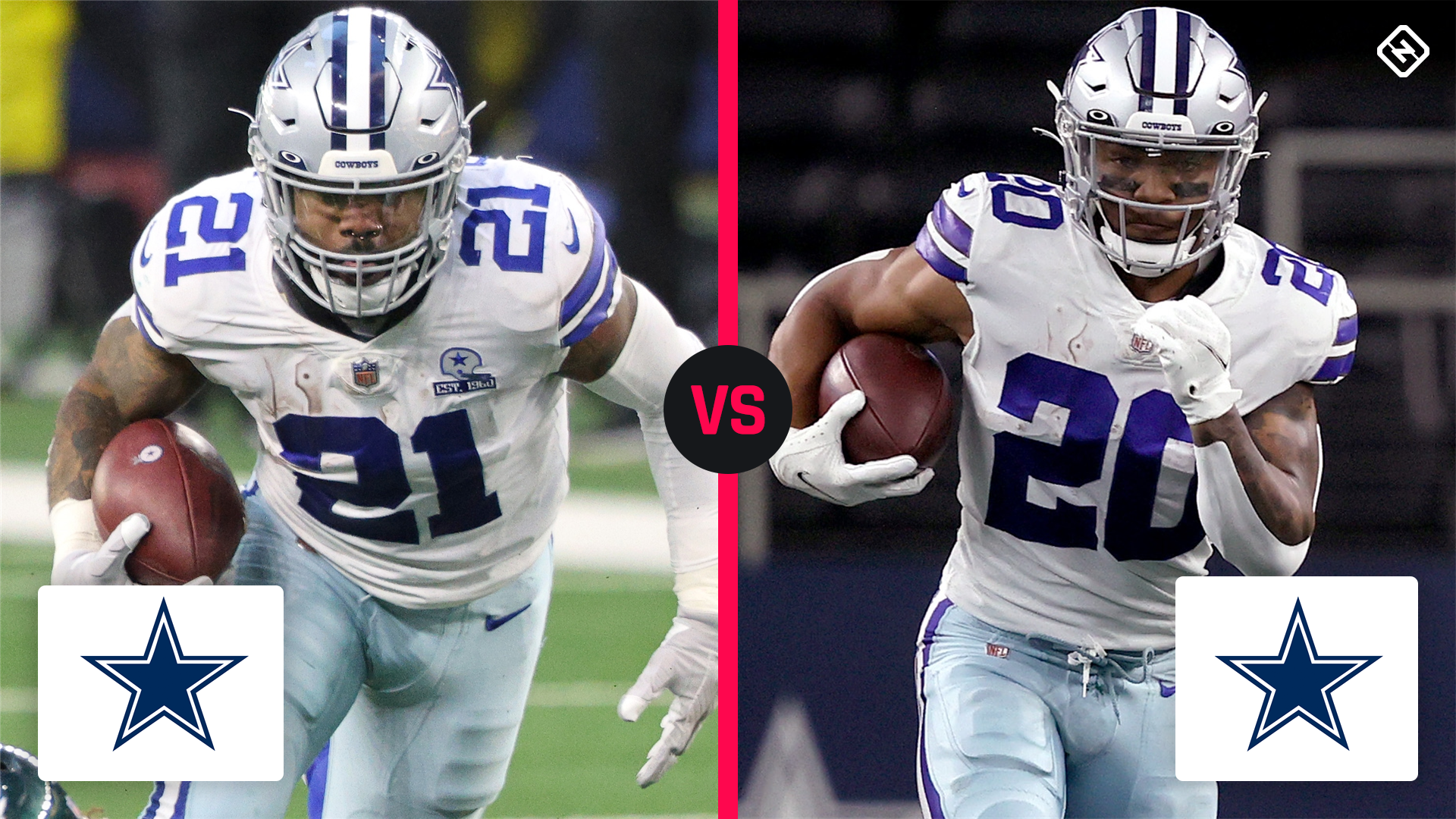 That said, Elliott’s stats through two weeks in 2021 have raised some eyebrows. The Cowboys’ star has averaged just 13.5 carries per game, and he has ceded snaps to his teammate Tony Pollard.

Considering that Elliott is entering the first season of a six-year, $90 million extension he signed with the Cowboys back in 2019, the timing of his decrease in touches is receiving scrutiny. However, Elliott laughed off criticism of Dallas’ usage of him through two games.

Elliott is right, but why have his touches decreased so sharply? And is there a path for Pollard to overtake him in a larger role? Here’s everything you need to know about the Cowboys’ backfield through two weeks of the 2021 NFL season.

NFL POWER RANKINGS: Rams on the rise after win over Bucs

Why Ezekiel Elliott and Tony Pollard are splitting carries

Elliott and Pollard sharing touches and playing time is all part of the Cowboys’ backfield plan, as Elliott explained. The team wants to keep both players “fresh”, and Elliott doesn’t seem to mind the bit of extra rest.

That freshness should help Elliott. He showed some signs of slowing down last season, as he recorded a career-low 4.0 yards per carry and 6.5 yards per reception. Some of that was due to the Cowboys’ abysmal quarterback situation after Dak Prescott’s injury, but even when Prescott was healthy, Elliott was averaging just 4.1 yards per carry.

So far in 2021, Elliott has averaged just 3.9 yards per carry, but that includes a game against the Buccaneers’ fourth-ranked run defense. In a larger sample size, that number should improve.

Elliott also acknowledged that his downhill style is different than Pollard, who he described as “faster” and “shifty.” As such, mixing them up helps the Cowboys’ offense give opposing defenses different looks.

“I think it helps a lot just because we have different run styles,” Elliott said. “We’re going to run different runs differently and the defense is going to have to fit those runs differently. So if they get used to me pounding it for 10 plays and then TP comes in and they’re used to fitting the runs that way.

“But TP is a faster, more shifty back, so he might fit a run a little different. It keeps the defense guessing. It switches it up. It’s a change of pace, and as you guys saw, it works well.”

Indeed, it has worked for the Cowboys, and Pollard’s stats through two games have been particularly impressive.

So far, Pollard has been the more efficient of the two Dallas backs. He ranks No. 1 in the NFL in yards per carry among running backs with 10+ carries. He also grades out as the NFL’s No. 1 running back, per Pro Football Focus (though he hasn’t met the minimum snap threshold to qualify for PFF’s official leaderboard).

Elliott has been less efficient than Pollard, but he has still been productive in Dallas’ offense. He has also played a key role in pass protection, as he has officially played nine pass-blocking snaps compared to just four for Pollard.

Here’s a look at how the two running backs compare in each major statistical category.

Again, this is a small sample size and it’s worth noting that 11 of Elliott’s carries came against a stout Buccaneers’ run defense while Pollard had just three carries against  them. However, Pollard has certainly put himself on the map with his production so far this season. As long as he continues to produce at this clip, he will take some touches away from Elliott.

MORE: How the Packers stunned the 49ers on 37-second game-winning drive

Why Ezekiel Elliott is still the Cowboys’ lead back

The Cowboys still appear to view Elliott as the team’s lead back. After all, he has played nearly triple the amount of snaps that Pollard has (Elliott has played 114 while Pollard has logged 41).

Pollard has received a touch on 56 percent of his snaps while Elliott has on just 27.2 percent of his. What does that mean? It seems that the Cowboys prefer to use Elliott more as a decoy off play-action or as a pass blocker than Pollard. That makes sense since Elliott has been a successful pass blocker in 2021, as many saw against the Buccaneers in Week 1.

“Every play I’m given a job. My job is to do my job to the best of its ability,” Elliott said after that game. “I take a lot of pride in being well-rounded. Blitz pickup is big for a running back. You have to keep the quarterback safe and untouched.”

Prescott is returning from an injury that cost him most of the 2021 NFL season. As long as Elliott continues to keep him protected, he will continue to out-snap Pollard on a weekly basis. Just don’t be surprised if the actually touches are split as Dallas looks to get Elliott some down time and take advantage of Pollard’s explosive ability.

That should help the veteran Elliott stay fresher deeper into the 2021 campaign.