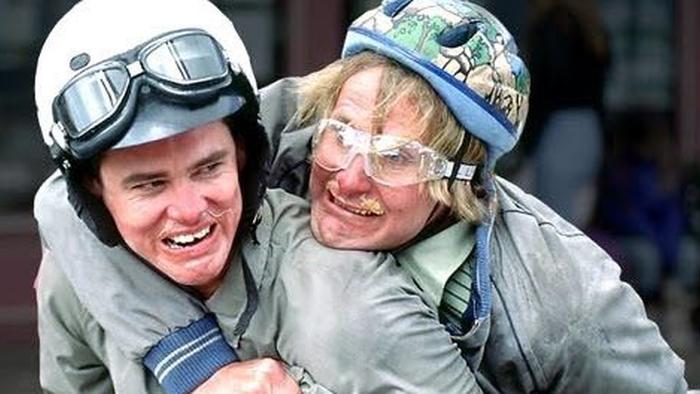 
For some “inexplicable” reason central bankers usually wait until after they part ways with their employer before they tell the world all the dirt on their former employer (not that the world seems to care much or, for the most part, understand their criticism with a majority of Americans thinking that the Federal Reserve is a natural park).

One such example is former BOE head Mervyn King, and the man who started QE in the UK, who now is a member of the committee that slams QE. Another example is Andy Haldane who two months ago gave his final speech as the Bank of England’s chief economist. His departing remarks, as TS Lombard put it, were a scathing attack on modern central banking, which he said had created the “most dangerous moment inflation targeting has faced so far” – a “Minsky moment for monetary policy”.  Other prominent economists – including Larry Summers, Charles Goodhart and Olivier Blanchard – have expressed similar views, although all after quitting their jobs and becoming freelancers.

In the US, such a level of honesty is more rare because former central bankers usually end up working for hedge funds (the former head of the Fed’s plunge protection team Brian Sack works for DE Shaw, Ben Bernanke works for Citadel, etc) and as such they try not to make any big splash in public and attract attention to their employer, (furthermore why give out free soundbites in public when they can charge $250,000 an hour to do so in private).

But that changed last week when in a shockingly honest assessment, a current senior Fed economist slammed his entire profession for relying on propositions “that ‘everyone knows’ to be true, but that are actually arrant nonsense,” adding that ideas including using aggregate production functions to provide a good way to characterize the economy’s supply side and inflation expectations don’t have “any sort of empirical foundation.”

In a discussion paper posted on the Fed Board’s website Friday, Jeremy Rudd argued that it was a source of concern if “dubious but widely held theories” lead to consequential policy decisions; and adds in a footnote:

“I leave aside the deeper concern that the primary role of mainstream economics in our society is to provide an apologetics for a criminally oppressive, unsustainable, and unjust social order.”

Rudd focused his scathing criticism on the concept of inflation expectations which the Fed, along with most other “developed” central banks, has used for decades as a critical tool in assessing the inflation outlook and setting monetary policy, including justifying injecting $120 billion in liquidity in the market each month, every month just to make the rich richer.

… the Fed merely dismisses these and claims inflation is transitory.

Rudd said inflation expectations are “unnecessary because an alternative explanation exists that is equally if not more plausible, and unsound because invoking an expectations channel has no compelling theoretical or empirical basis and could potentially result in serious policy errors.”

And before career economists dismiss Rudd as just some newly hatched PhD who desperately holds on to some vague conspiracy theory views about the “distinguished” “profession” that is economics, we’ll point out that he is senior adviser at the Fed Board’s research and statistics division. He has served at the U.S. central bank since 1999, having gotten his graduate degree at Princeton.

To be sure, the captured and controlled financial media which is made of a bunch of Fed sycophants was quick to ignore his message and instead compliment the Fed on the the “impressive intellectual freedom” at the Fed instead of considering how the Fed’s destructive policies have crushed the US middle class…

Whatever you think of veteran Fed economist Jeremy Rudd’s attack on the conventional wisdom about inflation expectations in his new working paper, its posting does suggest some impressive intellectual freedom at the Fed. https://t.co/utN8BN69De via @FederalReserve

… while making the Top 1% the richest they have ever been as we discussed in “Household Net Worth Hits Record $142 Trillion, Up $31 Trillion Since COVID, But There Is A Catch“

Needless to say, we wholeheartedly agree with Rudd although we pointed out all of this long ago when we showed one chart which blows up all of modern central banking, and which confirms that both lower rates and QE – which both serve to lower rates to 0% or in many cases lower – are deflationary as they lead to greater savings, thereby delegitimizing the entire edifice of unorthodox monetary policy.

This is how BofA explained this stunning observation:

We would be delighted to hear Rudd’s take on this particular core flaw of modern monetary policy and the voodoo art that passes as “economics.” Readers who wish to bring this to Mr. Rudd’s attention can do so at the email address he provided on the second page of his discussion paper.

And while we wait, Rabobank’s Michael Every points out another glaring flaw: all neoclassical economic models excludes credit, so GDP ‘just happens’ without any money-flows, which prompts him to conclude that “the whole edifice is “arrant nonsense” if you take a step back and look at it.“