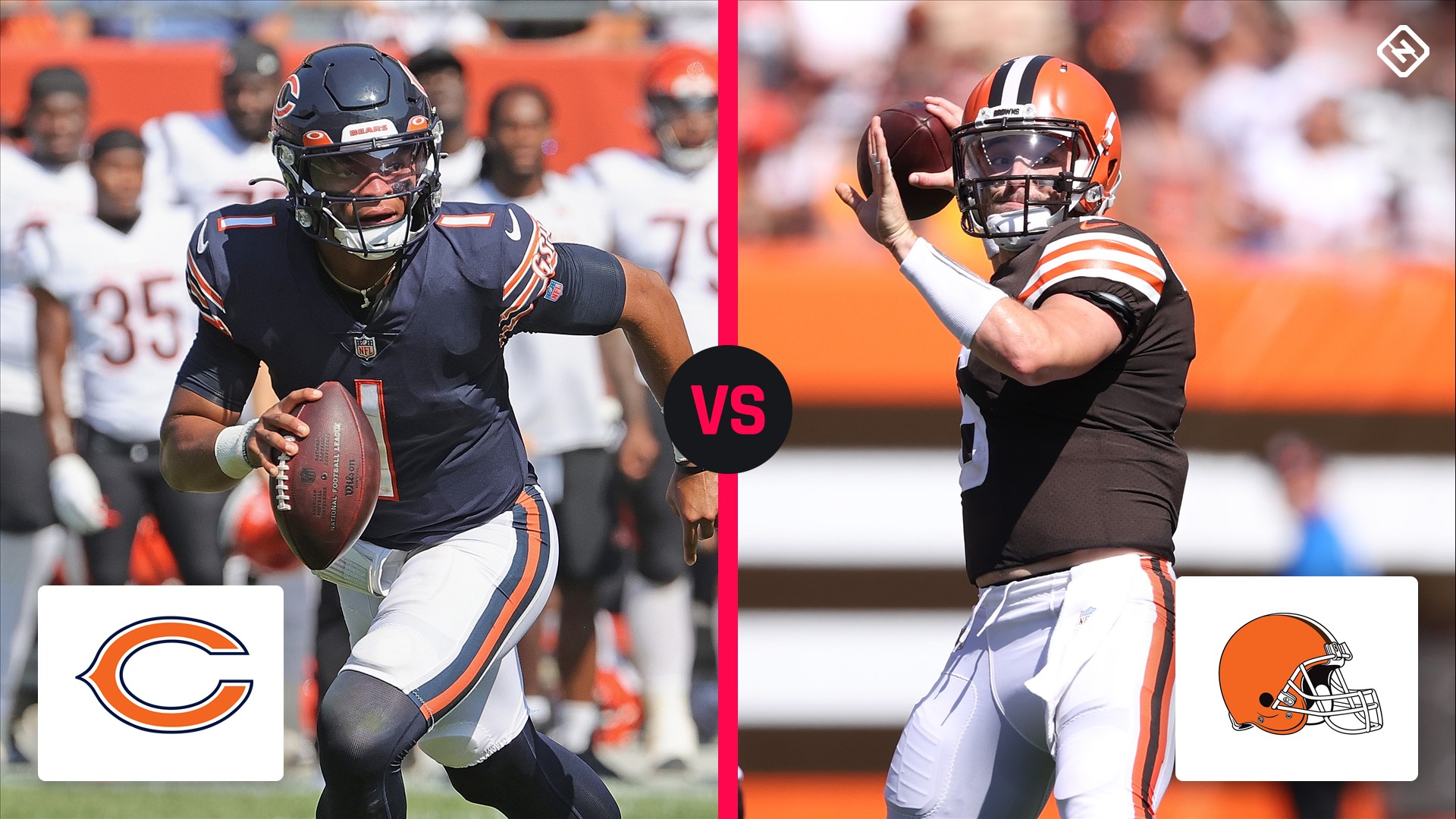 Rookie quarterback Justin Fields will make his first NFL start Sunday when the Bears go to Cleveland to face the Browns.

The 11th overall pick in this year’s NFL Draft took the field for a handful of plays in Week 1 vs. the Rams and then replaced injured starter Andy Dalton (knee) in Week 2 vs. the Bengals. Fields has completed 8 of 15 passes for 70 yards and an interception in his young career. He also has rushed 11 times for 34 yards. He was sacked twice in the Cincinnati game, which Chicago (1-1) won 20-17.

The Browns (1-1) will face a challenge: not having wide receiver Jarvis Landry, who sprained an MCL during their 31-21 win over the Texans in Week 2. Browns coach Kevin Stefanski said that Odell Beckham Jr. is expected to make his return from an ACL tear he suffered in 2020.

SN QB RANKINGS: Where does Justin Fields check in?

Although they may be down a receiver, the Browns — led by quarterback Baker Mayfield — are favored by 7.5 points at home, according to FanDuel.

Here’s all the information you need ahead of the Bears vs. Browns Week 3 NFL matchup:

What channel is Bears vs. Browns on today?

In Canada, viewers can watch Bears vs. Browns on DAZN, which has rights to every NFL game.

The Bears vs. Browns game is scheduled to kick off at 1 p.m. ET at FirstEnergy Stadium in Cleveland.

WEEK 3 PICKS: Against the spread | Straight up

(Prime-time national telecasts are in bold.)