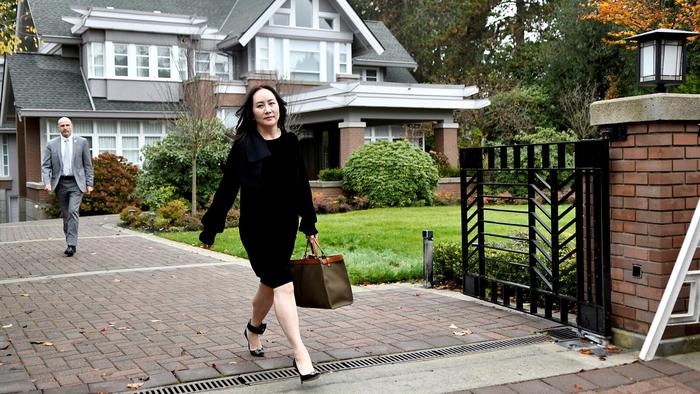 
There’s a huge breakthrough in the long-running Huawei saga that was central to the current breakdown and simmering tensions in US-China relations, as it was announced Friday morning that Huawei Technologies Chief Financial Officer Meng Wanzhou will appear virtually in a Brooklyn federal court to resolve the US charges against her.

Some of the late breaking details are emerging as follows:

Meng, who has long maintained her innocence, has been held in Vancouver under a loose form of house arrest wherein she’s monitored 24/7 but still free to move about in what’s been dubbed by US media an “opulent detention”, following the December 2018 arrest at Vancouver International Airport which grabbed world headlines and unleashed fury from Beijing. She was alleged to have mislead HSBC about the Chinese multinational tech company’s dealings in Iran.

After the expected US federal court appearance was reported widely on Friday based on a source close to the proceedings cited in Reuters and Canada’s The Globe and Mail.

While neither Huawei spokespersons nor US prosecutors have yet to comment on the matter, Reuters underscores the US court appearance is expected to end in a softening of the stalemate and tit-for-tat arrests that ensued:

The deferred prosecution agreement would remove one of several major disputes between the world’s two biggest economies. The agreement could also potentially pave the way for the release of the two Canadians held in China, who were arrested shortly after Meng was taken in custody in 2018.

Meanwhile the US Department of Commerce has continued to threaten further crackdown on alleged bad behavior of Chinse telecommunications firms, after it’s long been suspected that state-linked firms are used as ‘Trojan horse’ backdoors to spy on and infiltrate networks and data in the West.

Meng Wanzhou is expected to appear virtually in an American federal courtroom today to plead guilty to the U.S. charges against her, say sources.

The Huawei CFO will pay a fine as part of a plea deal, said the sources https://t.co/dMX4mD8xbo

US Commerce Secretary Gina Raimondo in Thursday statements said further action against Huawei in particular could be taken “if necessary” – after the Biden administration has come under pressure from Republican lawmakers.

At the same time she expressed a desire on the part of the US to resolve outstanding trade tensions, saying in an interview, “I actually think robust commercial engagement will help to mitigate any potential tensions.”

Huawei Technologies Co’s rotating chairman on Friday had this to say while claiming that US sanctions have caused a $30 billion loss in its handset revenue per year “We’ve been trying to get used to the US sanctions since May 2019,” Eric Xu Zhijun told reporters in Beijing. “Whether the sanctions are going to escalate or not, we are accustomed to working and living with the [US] Entity List.”