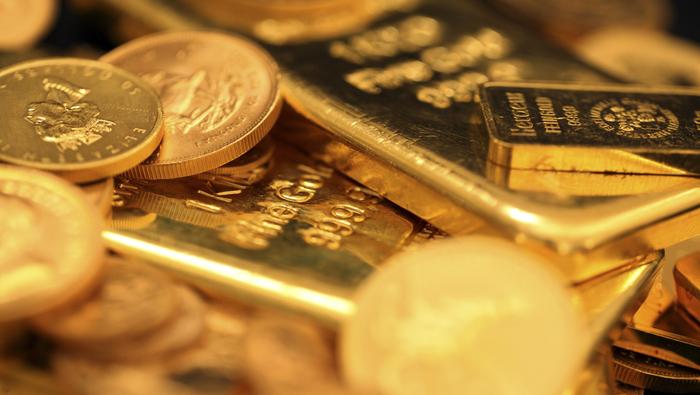 The Federal Reserve’s hawkish dot plot, along with its announcement that it may be appropriate to start tapering asset purchases in upcoming meetings this year, has created headwinds for gold prices (XAU/USD) in the near term. In the wake of the the September FOMC meeting, US treasury rates have started to charge higher, with the 10-year yield briefly surging to 1.45% this Friday, its highest level since the beginning of July.

In general, rising yields can undercut appetite for non-interest bearing assets as it raises the opportunity cost of holding positions that do not offer a coupon. This dynamic in the bond market may be the reason why gold has not performed well of late.

Leaving fundamentals aside and focusing on the technical picture, gold has trended lower after failing to clear resistance near the $1835 area earlier this month, setting impeccable lower highs on its way down. The sell-off appeared to have picked up momentum after XAU/USD lost the $1800 psychological mark and broke below the 50-day simple moving average last Wednesday.

Looking at the daily chart, we do not appear to have any meaningful support until the yearly low in the $1680 area. This is frightening, as it means that the bears may have little impediment to drive prices significantly lower from current levels if sentiment towards the precious metal deteriorates again.

Should a large downside move materialize, selling pressure could begin to ease around $1680, unless this floor is taken out decisively, in which case, we could see a retracement towards $1620, an area of support created by an uptrend line in play since August 2018.

On the other hand, if buyers regain control of the market, the first resistance to watch out for appears in the $1785/1790 region, where the 50-day SMA aligns with the September 22 high. If price convincingly breaks above this area, bulls could reassert upside pressure and drive gold towards its 200-day SMA, followed by the July/September high near $1835. However, for now and in the short term, the scale leans towards a bearish bias.