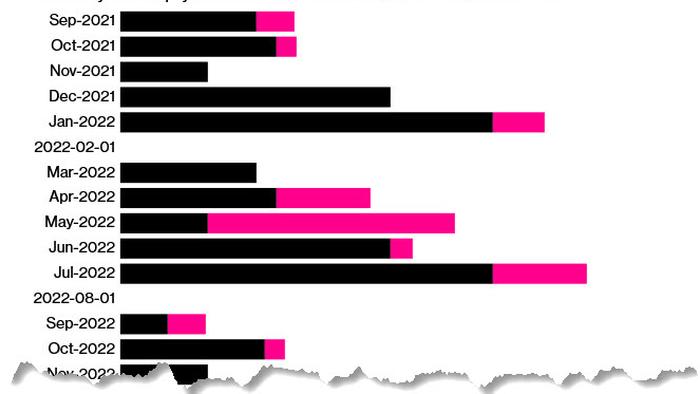 
The euphoria surrounding the Evergrande coupon payment statement, which saw the company make a vague certification that the coming 232 million yuan interest payment on its Sept 23 notes  “has been resolved via negotiations off the clearing house” while leaving offshore creditors in the dark, may have sent futures sharply higher but it likely won’t last long.

For one thing, the way the payment was structured suggests the amount paid will be haircut which rating agencies will dub a technical default. As Li Kai, partner of bond fund Shengao Investment, explains Chinese companies typically pay interest on local bonds through a clearing house; when they arrange to pay noteholders directly, it’s often because the companies can’t meet their obligations on time.

“Usually it will involve extension, payment in installment or a reduction in the coupon,” Li said. “This is one of the ways to avoid defaults by distressed companies.”

Furthermore, while Evergrande’s announcement fueled speculation that the developer struck a deal with local bondholders to postpone the payment without having to label the move a default, the reality is that even as of this moment, the company is facing a default on its offshore bonds which have a $83.5 million interest payment due on Sept 23 on the 8.25% bonds due 2022. Incidentally, these same bonds traded down 0.7 cent to 24.5 cents, according to Bloomberg-compiled prices, suggesting that creditors still expect a full default.

“Evergrande might have arrived at some kind of standstill with onshore holders,” said Daniel Fan, a credit analyst at Bloomberg Intelligence. “They might have asked them not to act, pending for negotiation for a rescheduling or something of that sort.”

But the biggest problem, as represented in the chart below, is that whether it is local or foreign, the company has billions of debt payments due in coming months and years. Just in the next 3 months, the developer owes $669 million in interest through the end of this year, including $83.5 million for the coupon payment due Sept. 23 on the dollar bond. There’s a 30-day grace period before a missed payment on that note would become a default, according to the bond covenants.

The bottom line is that absent a wholesale restructuring with local creditors which will certainly involve impairments – and potentially pressure from Beijing – Evergrande simply does not have the capacity to make payment-by-payment arrangements with its countless creditors, and thus last night’s announcement has just delayed the inevitable. As for foreign bondholders, expect to be crammed down to the very bottom of the stock, perhaps even below the equity: after all Xi has to make someone pay.

Incidentally, as we noted last night, “Beijing may have just found a brilliant solution to the Evergrande problem, effectively rescuing the company and averting a systemic crisis all at the same time: it will pay local bondholders and soft nationalize/bailout Evergrande, but will avoid allegations of backsliding on tightening/deleveraging promises and improving “common prosperity” by stuffing foreign creditors.”

“Evergrande is still likely to default. This is not a company specific issue, this is a structural issue that will impact the entirety of the Chinese developer space but this will not become systemic.” It remains to be seen if his cheerful conclusion materializes.