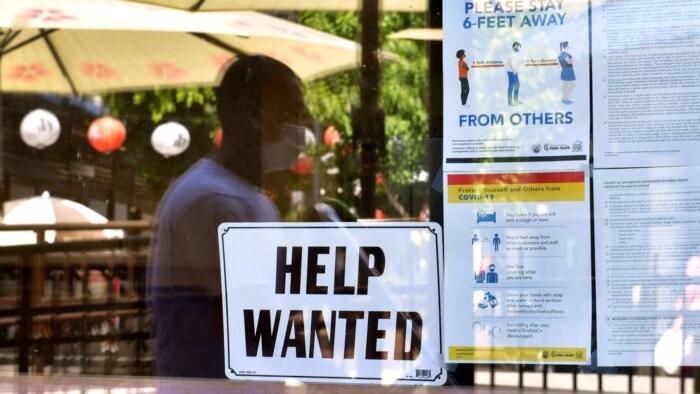 
Authored by Tom Ozimek via The Epoch Times,

A new survey of nearly 45,000 employers in dozens of countries showed that 69 percent of businesses reported having a hard time finding workers, a 15-year high for the second consecutive quarter.

The survey, carried out by employment services provider ManpowerGroup, found that over two-thirds of employers in 43 countries said finding skilled talent remains a top challenge. In order to overcome the hiring hurdle, 67 percent are offering prospective employees more flexibility around both work schedules and where the work gets done. At the same time, 41 percent are investing in training, skills development, and mentoring, in order to help ease the labor crunch.

Employers also reported stronger hiring intentions this year than last, with 15 countries—including Canada, the United States, and the United Kingdom—reporting their highest hiring outlook since the survey began.

“This recovery is unlike any we have seen before with hiring intent picking up much faster than after the previous economic downturn,” Jonas Prising, ManpowerGroup chairman and CEO, said in a statement.

“At the same time, some workers are hesitant to reengage with employers as factors including health concerns and childcare challenges continue,” Prising added.

In the United States, job openings surged to a record high of more than 10 million on the last day of July, while hiring lagged that figure by more than 4 million, painting a picture of an economic recovery held back by businesses struggling to fill vacant positions.

The Labor Department’s Job Openings and Labor Turnover Survey (JOLTS), released Sept. 8, showed that the number of job vacancies jumped by 749,000 to 10.9 million on the last day of July. The private sector accounted for 9.9 million job openings, with the remainder coming chiefly from state and local government and a small 116,000 contribution from the federal level.

Hiring remained little changed over the month, with U.S. employers taking on 6.7 million workers, the same number as in the prior month. Hires fell in retail trades (-277,000), durable goods manufacturing (-41,000), and educational services (-23,000).

There are now 2.5 million more job openings than unemployed people in the United States. The Labor Department’s most recent jobs report showed that the total number of unemployed people edged down to 8.4 million in August.

“The biggest challenge is matching the substantial number of jobs available with individuals in the labor force,” Bankrate Senior Economic Analyst Mark Hamrick said in an emailed statement to The Epoch Times.

“It remains to be seen whether improvement in employment wanes a bit further here in the closing act of 2021.”

Separations, which include quits, layoffs, and discharges, remained little changed over the month, at 5.8 million in July, according to the JOLTS report. The quits rate, which reflects worker confidence in being able to find a better job, remained unchanged over the month at 2.7 percent, a historically elevated number.

While the continued reopening of the economy has driven many businesses to seek workers, hiring efforts have been hampered by a labor shortage, with analysts generally pointing to factors such as child care issues, lingering worries about the pandemic, and generous unemployment benefits. The federal pandemic jobless aid programs have now ended in all states, with future JOLTS reports sure to be closely scrutinized for a bump in hiring.