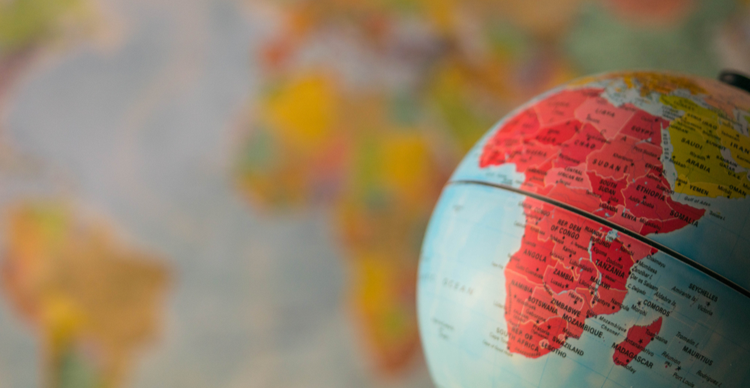 
Cryptocurrency adoption in the African region has grown exponentially since 2020, according to the blockchain analytics firm

Blockchain analytics firm Chainalysis reported that Africa saw a soaring cryptocurrency market over the past year. The firm revealed that the African crypto market posted a 1,200% increase in value between July 2020 and June 2021. This upswing was spurred on by peer-to-peer trading, crypto’s suitability as a store of value and its use in facilitating remittances. The latest figures rank the continent third among the fast-growing Bitcoin economies globally.

The report, released on Tuesday, also highlighted that the volume of transactions into African countries over the same period was about $105.6 billion. It further revealed that certain African countries had seen high numbers in grassroots adoption of crypto, with Kenya, Nigeria and South Africa all featuring within the top 20 of the Chainalysis Global Crypto Adoption Index.

Africa was also reported to have the largest share of retail-scale transactions, with 7% of the total crypto transactions being of this nature compared with the global average of 5.5%. P2P trading has been one of the most significant drivers of the burgeoning crypto space in Africa, with the world’s two largest P2P trading platforms seeing substantial growth in the region throughout this period.

The continent stands out in the dominance of P2P transactions, beating all others. Of the total volume of transactions, 1.2% has been attributed to P2P trading and a significant 2.6% of all Bitcoin transactions are P2P-based.

Crypto users in Africa have been moving towards P2P trading mostly due to governmental restrictions. Many banks in the region have no provision for users to wire money from their accounts to their crypto wallets. However, the decentralisation of P2P makes it possible to circumvent this hurdle.

Artur Schaback, the co-founder of Paxful, noted the 57% and 300% growth that his platform had seen over the last year in Nigeria and Kenya, respectively. Adedeji Owonibi, CEO of Convexity, a Nigerian blockchain solutions firm, told Chainalysis how the lack of banks facilitating crypto transactions had increased the popularity of P2P options.

“Binance used to be the most popular platform by far, but after the central bank’s sanction, many are moving to P2P platforms, like Paxful and Remitano.”

Owonibi further pointed out a significant portion of P2P transactions takes place on informal platforms such as messaging apps. This could signify that P2P’s prevalence in Africa could be even higher than is thought.

“Informal P2P trading is huge in Nigeria on WhatsApp and Telegram. I’ve seen young people and businessmen in these groups carry out transactions for several millions with popular OTC merchants.”

More African governments are now looking to get into the blockchain game, although previously cautious.