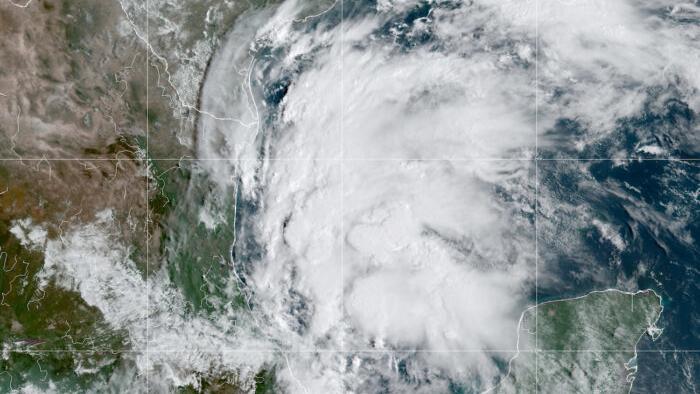 Such “high risk” warnings, the most dire and severe type of warnings, are rarely issued anywhere in the United States.

Rain from the storm will move over the area through Wednesday and showers are expected to produce high rainfall rates and significant rainfall totals of around 5 to 10 inches, with locally higher amounts possible, the National Hurricane Center (NHC) said Wednesday morning.

“Turn around, don’t drown when encountering flooded roads. Most flood deaths occur in vehicles. Be especially cautious at night when it is harder to recognize the dangers of flooding,” the agency warned.

On Tuesday, the NHC warned that widespread minor to isolated moderate river flooding is expected across portions of the upper Texas Gulf Coast and southern Louisiana and Mississippi.

“Life-threatening flash flooding impacts, especially in urban areas, are possible across these regions,” the NHC said.

Isolated storm totals of 20 inches were possible from southern Louisiana to the far western Florida Panhandle, it added.

“Life-threatening” flash floods are also expected for other parts of the Deep South, the NHC said in Tuesday’s bulletin.

Large parts of southern Louisiana are still dealing with the aftermath of Hurricane Ida, while tens of thousands of people remain without power. Louisiana’s death toll from Hurricane Ida stands at 26 after health officials last week reported 11 additional deaths in New Orleans.

Nicholas made landfall as a Category 1 hurricane on Monday in Texas but was downgraded to a tropical storm early Tuesday morning.