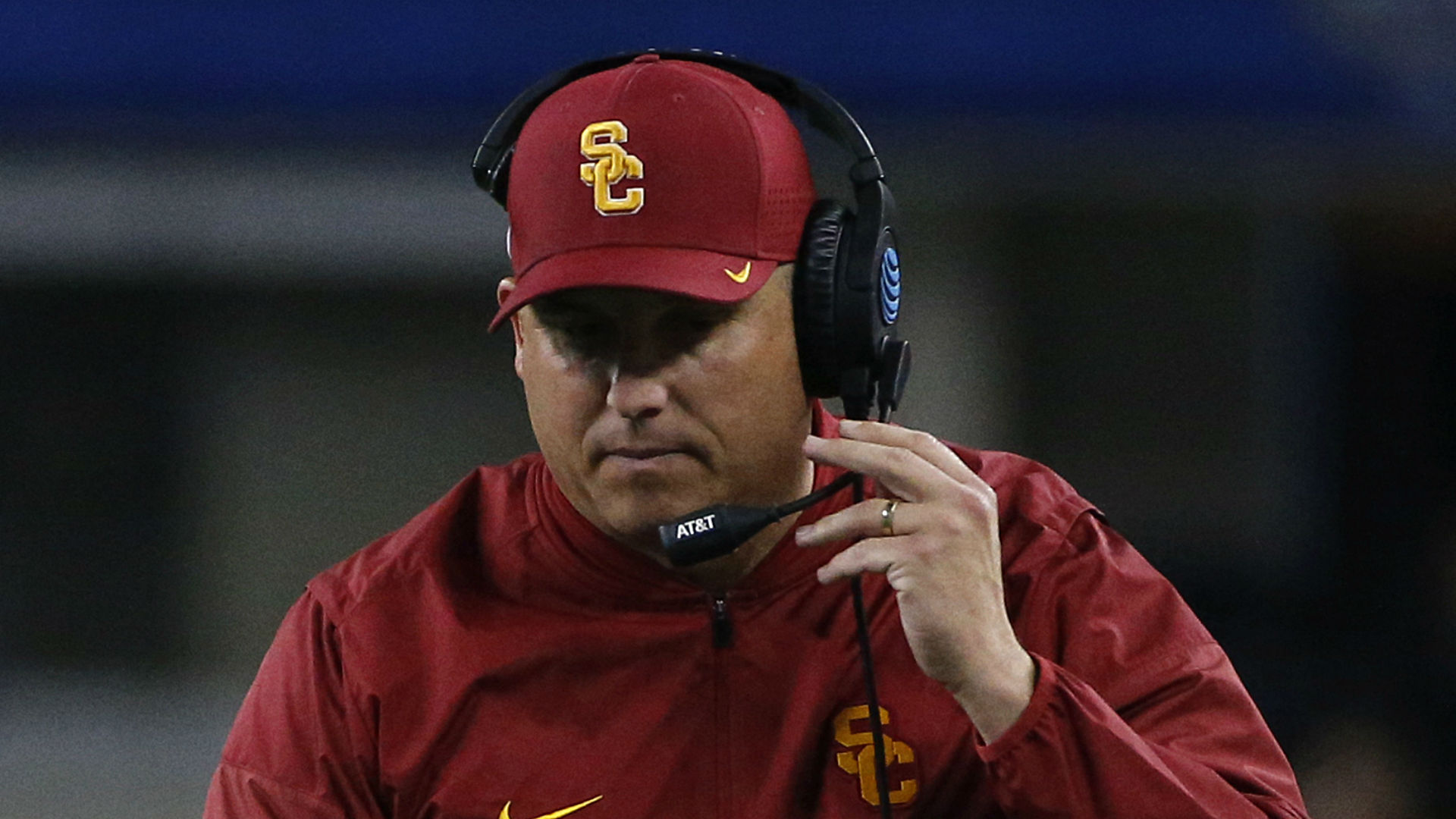 Athletic director Mike Bohn announced the move, saying USC “provided every resource necessary for our program to compete for championships” over the last two college football offseasons. Bohn added that those additions created heightened expectations for the program and, after the loss to the Cardinal, it was evident they would not be met “without a change in leadership.”

Bohn announced cornerbacks coach and defensive pass game coordinator Donte Williams would take over as interim coach for the remainder of the season.

Helton later released a statement regarding his firing:

The announcement finally ends Helton’s USC career after several seasons that could be described as frustrating for Trojans fans; he took over head coaching duties full time in 2016, going 10-3 and 11-3 in his first two years there, respectively. After that, Helton’s Trojans never won more than eight games in a season, going 5-7, 8-5 and 5-1 in 2018, ’19 and ’20, respectively (the Trojans were only able to play six games in 2020 due to the COVID-19 pandemic). He faced considerable pressure during the 2019 campaign but got Bohn’s backing — with a caveat — on Dec. 4, 2019:

“Coach Helton and I will work together to take a hard look at all aspects of the football enterprise,” Bohn said, “and will make the tough decisions necessary to compete at a championship level.”

It appears Bohn’s patience and support ran out after Helton’s latest loss. With that, Sporting News breaks down USC’s decision to fire Helton, his career as the Trojans’ head coach and where the program heads from here:

Why did USC fire Clay Helton?

Bruce Feldman of The Athletic reported Monday that USC was “disheartened” by the team’s blowout loss to Stanford. Despite outgaining the Cardinal 408-375, the Trojans gave up five touchdowns in 10 drives and a 31-yard interception return for touchdown. The score also wasn’t indicative of how thoroughly Stanford beat USC: The Trojans faced a 42-13 deficit in the fourth quarter before scoring two touchdowns in the final six minutes.

SOURCES: USC leadership was disheartened by what they saw from Helton’s team Saturday night when they got blown out by Stanford. AD Mike Bohn knew he couldn’t keep Helton any longer; just had to sort out timeline and an interim.

Helton wasn’t fired simply because of a bad showing against Stanford, however; it was merely the final straw in what has been a largely frustrating period for Trojans fans.

What was Clay Helton’s record at USC?

Helton went 46-24 at USC, a .657 winning percentage. That ranks ninth all time in program history but fifth among the seven USC coaches who coached at least as many games as Helton did (70). His 46 wins rank sixth all time, but second-to-last among those coaches who matched his number of games coached.

Moreover, USC went 9-12 against ranked opponents after he took over full time in 2016, with three of those wins coming during the Trojans’ 10-win campaign that year. They were even worse against top-10 opponents, going 3-6; their last such victory was a 30-23 win over No. 10 Utah to open the 2019 season; the Utes later finished 17th in the final AP Top 25 rankings.

Helton also had difficulty coaching against USC’s rivals, going 1-3 against Notre Dame, 3-3 against Stanford and 4-1 against UCLA. He won one Pac-12 football championship and was 1-2 in bowls.

Finally, Helton never matched the expectations that college football at large had for the USC program. Aside from the 2016 season, Helton’s Trojans never finished ranked the same or higher than they were in the preseason:

Who will replace Clay Helton as USC’s coach?

In his announcement, Bohn made it clear he wants USC to compete for national championships. To that end, the program will conduct a national search for a coach “who will deliver on the championship aspirations we all share for our football program.”

Realistically, only a few such coaches are able to take over — without making a downward or lateral move — and live up to the incredible pressure in Los Angeles. Cincinnati coach Luke Fickell has achieved great success in the American Athletic Conference, but would he be willing to leave a program he has built up into a fringe national power and appears headed for the Big 12? James Franklin also has a proven track record, but he has said before that Penn State — a traditional Big Ten power — is his dream job. Urban Meyer has been linked to the Trojans job before, but he is in his first year as head coach of the NFL’s Jacksonville Jaguars.

Outside of those three, what coaches remain? Billy Napier has been tied to high-profile coach openings for several seasons, but he has taken his time waiting for the right Power 5 coaching job to open up. The jump from Louisiana to USC would be significant. Other coaches for consideration include, potentially, Oregon offensive coordinator Joe Moorhead, though he wasn’t successful in his two-year stint as Mississippi State’s head coach (he went 14-12).

Former USC coaches Steve Sarkisian and Lane Kiffin, at Texas and Ole Miss, respectively, will likely not be up for consideration.