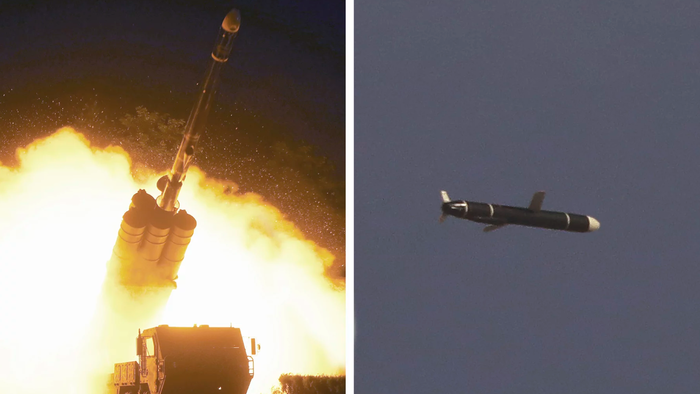 
The Pentagon has expressed “ironclad” support to regional US allies Japan and South Korea after weekend long-range cruise missile launches by North Korea – the first in six months.

State media described the launches as testing “newly-developed long-range cruise missiles” which flew 1,500 kilometers over North Korean territory and were successful in hitting their targets, according to Monday statements. The missiles were further described as capable of evading anti-air defenses, though it was left unspecified how many were actually launched.

US official VOA News noted that “Pictures posted in North Korean state media showed one of the cruise missiles being fired from a five-canister, road-mobile launcher that appeared to be parked on a highway.”

It was the first significant missile test since last March, prompting US Indo-Pacific Command to put out a statement saying the Pentagon is “consulting closely with our allies and partners.”

“This activity highlights DPRK’s continuing focus on developing its military program and the threats that it poses to its neighbors and the international community,” the US military statement said. “The US commitment to the defense of the Republic of Korea and Japan remains ironclad.”

It’s unclear if the weekend’s test included nuclear-capable missiles, given North Korean state media had dubbed the missiles as a “strategic” launch, leaving some ambiguity over whether they may have been nuclear capable.

One analyst of nuclear nonproliferation at the Middlebury Institute of International Studies, Jeffrey Lewis, at Monterey was quoted as saying in VOA, “This is another system that is designed to fly under missile defense radars or around them.”

Nuclear and ballistic weapons talks between North Korea and the US have been stalled for two years, since the latter part of the Trump administration; however, it’s been years since the north openly tested a nuclear weapons, with the last known one being at the Punggye-ri test site in 2017.