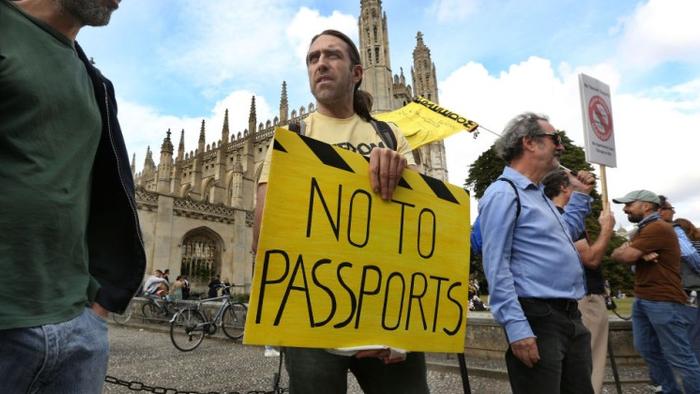 The UK government has insisted that vaccine passports will remain an integral tool in fighting the spread of COVID just a day after health secretary Sajid Javid asserted that they had been completely scrapped.

During his media rounds yesterday morning, Javid said that vaccine passports represented a “huge intrusion into people’s lives,” adding, “I am pleased to say that we will not be going ahead.”

However, within 24 hours, the government has indicated that the system will in fact form a “first-line defence” against a winter wave of coronavirus.

Downing Street has insisted that vaccine passports are still a “first-line defence” against a winter wave of Covid-19 after the health secretary said plans to introduce them had been scrapped.

“No 10 said checks on the vaccine status of people going to nightclubs and other crowded events remained a crucial part of the government’s winter Covid plan due to be unveiled by the prime minister tomorrow,” reports the Times.

It appears as though the only change is that the passports won’t be introduced at the end of this month, appearing instead during early winter when COVID cases will inevitably and conveniently begin to rise again.

Mark Harper, chairman of the Covid Recovery Group, said of vaccine passports: “They shouldn’t be kept in reserve — they are pointless, damaging and discriminatory.”

Trusting government pronouncements on vaccine passports is a fool’s game.

At the end of last year, the British public were assured that they would never come into force, even as the government was paying millions of pounds to private contractors to set up the system.

As we previously highlighted, vaccine passports will put nightclubs out of business because they operate at a net profit margin of 15 per cent, while one third of under 40’s in the UK haven’t had a single dose of the vaccine.

Boris Johnson will also signal that he won’t hesitate to re-introduce mask mandates in winter if cases numbers significantly increase, which they are sure to do given that the UK counts ‘COVID deaths’ as any that occurred within a 28 day COVID diagnosis no matter what the cause of the death.

As we have repeatedly highlighted, vaccine passports represent a digital ID, which represents the implementation of an onerous social credit score system in the west.