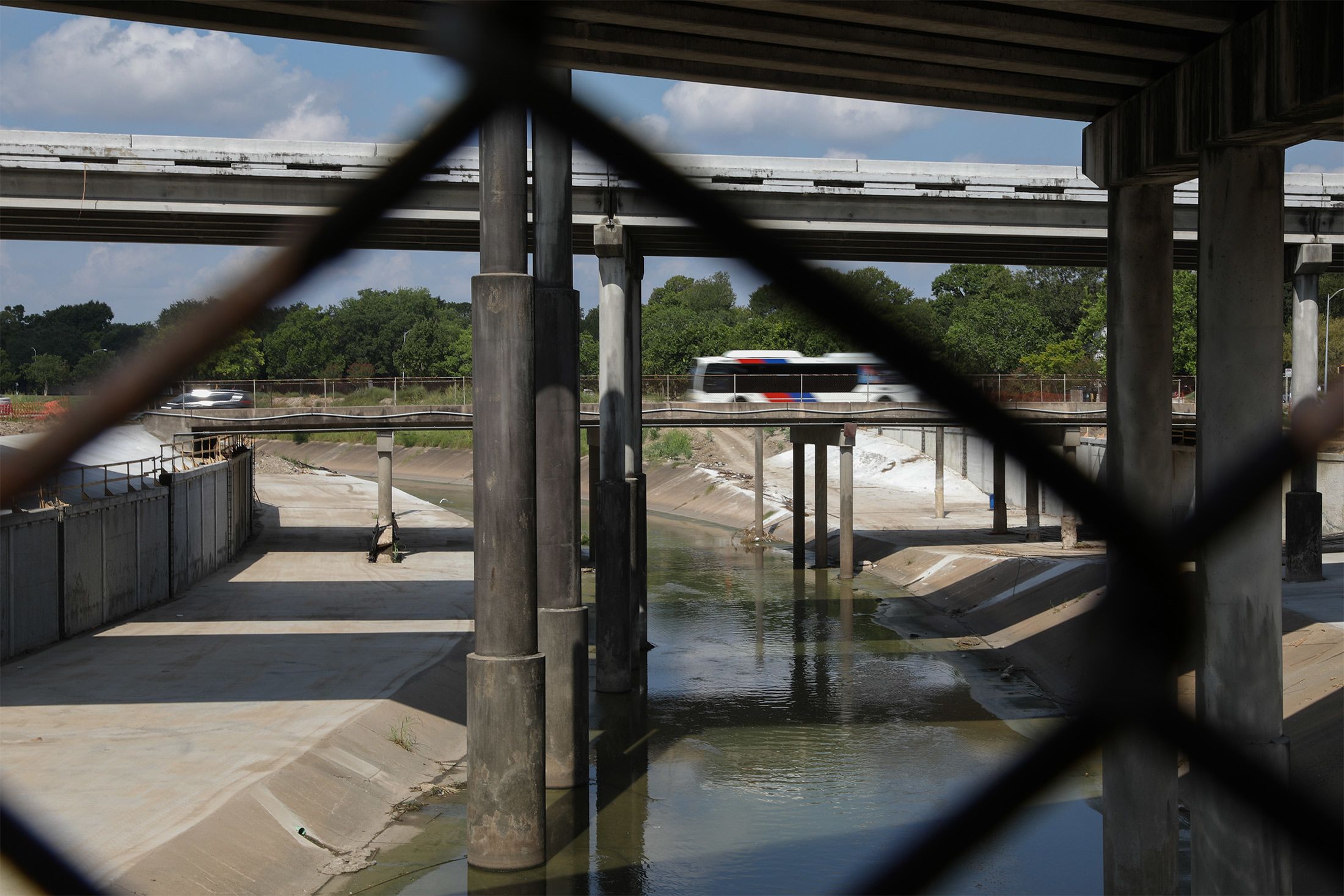 On Aug. 25, the fourth anniversary of Hurricane Harvey, which dumped about 50 inches of rain on Houston, Mayor Sylvester Turner announced that the city “is safer today as it prepares to move forward.”

Now comes Tropical Storm Nicholas as a test. Nicholas, which is strengthening and may become a hurricane, could drop as much as 20 inches in the region starting Monday night.

Since Harvey, Harris County, home to Houston, passed a $2.5 billion bond program to build and strengthen flood-control infrastructure, and the federal government authorized four major projects by the U.S. Army Corps of Engineers.

Jim Blackburn, an environmental law professor at Rice University’s Baker Institute for Public Policy, wrote a report on flood preparedness after Harvey. He said the city, which sprawls near sea level across a network of bayous and wetlands, still isn’t ready, and that 20 inches of rain in 24 hours could still overwhelm it. Houston still hasn’t fully reacted to the ways that climate change is altering the environment.

“We’ve done a lot better than we have done in the past,” Blackburn said, “but it may not be good enough for what we are facing.”

For example, he said, Harris County is updating flood maps with 2017 data, which includes Harvey, but not later storms like Imelda and Delta that dropped lots of rain. If those were included, the area of highest risk — where residents are subject to tougher building codes and higher insurance rates — would increase still further.

“The reality is horrifying to politicians,” Blackburn said. “The implication is that more people will need to be relocated than want to be, and that is one of the hardest things a politician has to do.”

Turner and Lina Hidalgo, Harris County’s top elected official, have been eager to highlight their accomplishments. Rafael Lemaitre, a spokesman for Hidalgo, said the county has completed 27 flood mitigation projects valued at $221 million, removing about 11,000 homes from the floodplain. Harris acquired 660 flood-prone lots, 615 of which have already been returned to green space, through voluntary buyouts. An additional 662 are being bought and converted.

Error! Filename not specified.Traffic passes over Brays Bayou in the Meyerland neighborhood of Houston in 2018. Photographer: Loren Elliott/Getty Images

The county also says that improvements done with the Army Corps to Brays Bayou, which runs 31 miles (50 kilometers) through the county, already prevented flooding that would have occurred from Tropical Storm Beta last year.

Still, both Turner and Hidalgo acknowledge there is more to do. Rice’s Kinder Institute for Urban Research released a report this year that found homes were still being built in the floodplain, and were still underinsured.

“The city and county have around $15 billion and $30 billion of residential home value built in these floodplains,” according to the report. “Units in the floodplain outnumber insurance policies by a ratio of 4 to 1, meaning that a massive amount of residential wealth is vulnerable to washing away in the next storm.”

Blackburn said that most of what the county has constructed amounts to better retention ponds. That’s good, he said, but no community in the metropolitan area of 6.5 million has completed work enough to be entirely protected.

Politics has hindered the effort. Infrastructure takes a long time to complete and there has been a bitter partisan battle to get the Texas General Land Office, run by a Republican, to release federal funds to the Democrat-dominated city.

Meanwhile, the number of extreme weather events caused by climate change is rising. Nicholas is the 14th storm of the 2021 Atlantic season, half of which have hit the U.S. The worst was Hurricane Ida, which crashed into the Louisiana coastline before devastating New York and killing more than 40 people. An average Atlantic season produces 14 storms by the time it ends on Nov. 30, so 2021 is ahead of pace.

–With assistance from Brian K Sullivan.