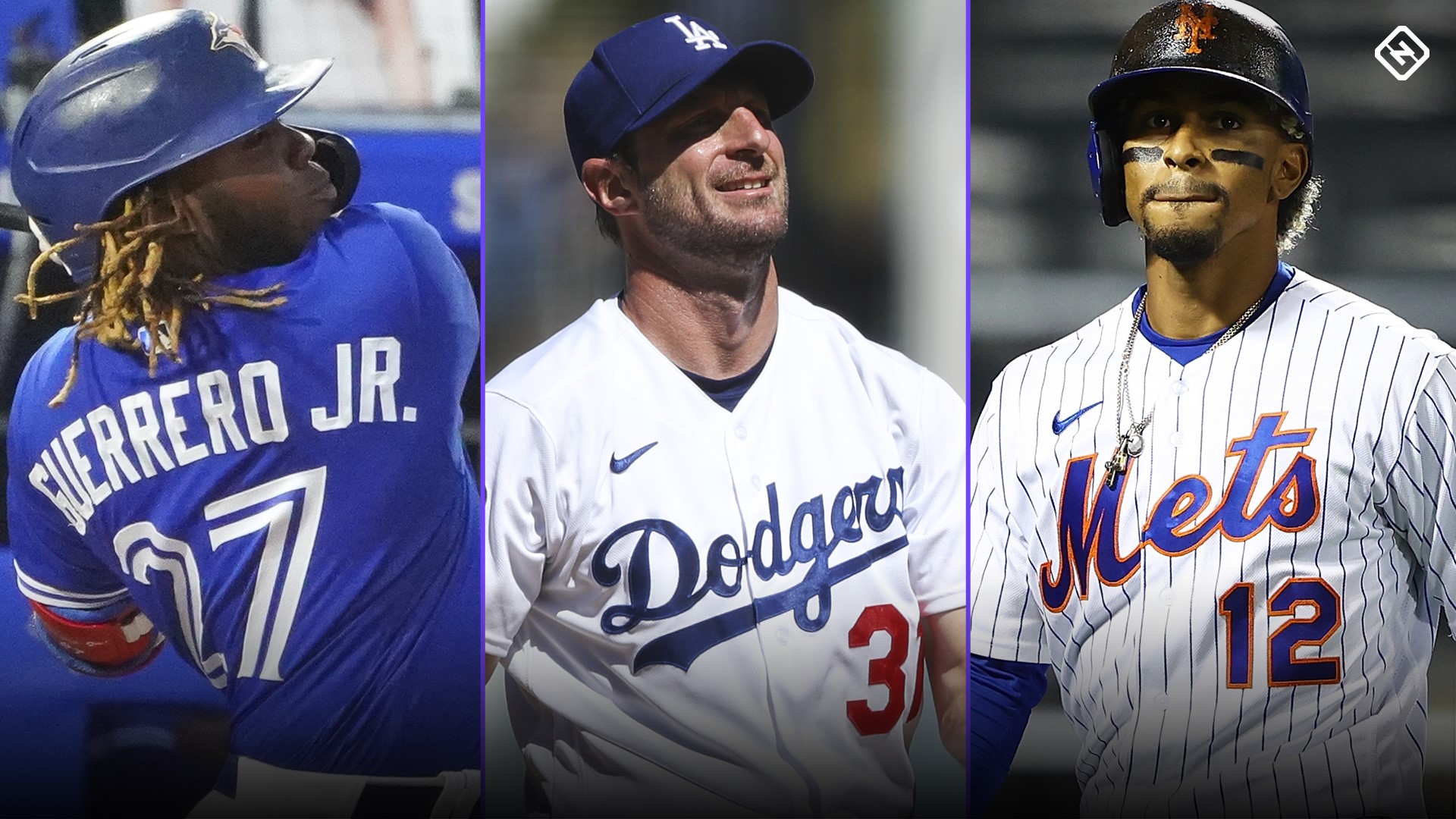 Six wild card teams have won the World Series, including the 2019 Nationals.

Thirteen wild cards have gotten to the final round of the October playoffs. In 2014, the World Series was a matchup between two wild card teams, the Royals and Giants. The same thing as happened in 2002, when the wild card Giants beat the wild card Angels.

MORE: Inside MLB’s mild obsession with round numbers

Entering play on Tuesday, there are 11 teams within 3 1/2 games of a wild card spot. We’re going to look at each team and try to figure out whether they have a chance at running the table.

The “World Series odds” are taken from Baseball-Reference.

Nope, not going to happen

Thoughts: Look, it’s really a credit to this team that they’re still in the postseason chase. Truly an outstanding team effort. But winning in October seems … unlikely. The team’s on-base percentage is .301, which ranks 29th of the 30 MLB teams. The team OPS+ is 92. That statistic is set up so 100 represents the league average, which means that the players contributing to the Seattle offense, as a whole, are 8 percent worse than the average MLB hitter. That’s just not a formula for October success.

This is a team that, since the middle of August when every game was super important, was swept on the road by Arizona, lost three of four at home to the Rockies and lost two of three to the Marlins. There is zero reason, with the fielding woes and bullpen issues, to believe these Phillies have the consistency needed to roll through October.

A plausible three-act October scenario, should they claim that second wild card spot:

1. Zach Wheeler dominates the wild card game.
2. The Phillies beat the NL’s No. 1 seed in a best-of-five NLDS, led by offensive hero Bryce Harper.
3. They get swept by whatever NL team emerges from the other side of the bracket, their WS hopes dashed in a cavalcade of errors, TOOTBLANs and blown leads late in games.

Phillies fans would be crushed, but they would not be surprised.

Thoughts: Let’s start here: No Jacob deGrom, no shot at the World Series.

But let’s say a miracle happens and not only does deGrom get back on the mound, so does Noah Syndergaard for the first time since the 2019 season. If both of those guys are back and if they’re both pitching near the peak of their abilities? Then, yeah, add them to a rotation with Marcus Stroman and Taijuan Walker — and if Francisco Lindor’s three-homer game against the Yankees lights a fire under an offense that’s been dormant far too often this season — and the Mets would have a shot.

But, folks, that scenario ain’t happening.

Thoughts: The A’s, who are 7-13 since Aug. 20, would require a pretty massive about-face to make a run trough October. The pitching staff is just a mess right now. Starters have a 5.40 ERA in 11 September games, covering 55 innings, and relievers have a 7.88 ERA this month, covering 40 relief innings. Getting Chris Bassitt back — in whatever role he’d be used for — would be a big help.

Thoughts: Hard to see the Padres pulling out of their current tailspin — 8-20 since reaching a season-best 17 games over .500 on Aug. 10 — and even making the postseason, much less making a run through October. The pitching just hasn’t been good and the offense — outside of Fernando Tatis Jr., Manny Machado and the now-injured Jake Cronenworth — has been pretty darn mediocre.

Thoughts: If they somehow get past this COVID debacle and everyone’s healthy heading into October, that’s still a really good lineup and the rotation is better now, with Chris Sale and Tanner Houck replacing Garrett Richards and Martin Perez. But their ceiling seems lower than World Series champs.

Thoughts: Let’s put it this way: I would be surprised to see the Reds make a deep October run, but I would not be stunned. Luis Castillo has pitched like the ace he is since a rough two months; he has a 2.91 ERA in his past 19 starts, and Wade Miley, Sonny Gray and Tyler Mahle round out a solid rotation. The lineup has six hitters with at least 19 home runs (or will, when Jesse Winker returns). The primary pieces are there. The question for the Reds is how the secondary pieces will preform.

Thoughts: It’s far from likely. Not in the same neighborhood as probable. But Cardinals fans will be quick to point out logic and October have rarely been partners the past few decades; three St. Louis teams have reached the 100-win mark, but none of those three won the title, and the two St. Louis teams that won the World Series in the 2000s didn’t exactly have impressive win totals heading into October. The 2006 team had just 83 wins in a weak NL Central and the 2011 team took the wild card with 90 wins, and only had that opportunity because Atlanta completely collapsed down the stretch (the Braves had a 9 1/2 game lead on St. Louis in the wild card race after a win on Sept. 1).

But, heck, the collapse of the Padres (and Reds, to an extent) feels familiar, doesn’t it?

This particular Cardinals club would, no doubt, need a heaping helping of Devil Magic to run through October 2021. But let’s say ageless wonder Adam Wainwright — he’s 40 years old with the second-most innings pitched in MLB this year and a sub-3.00 ERA — somehow gets this club through the wild card game. And let’s say starters Jack Flaherty and Dakota Hudson return from their rehab sessions and, even though they’d be working on pitch counts, provide much-needed quality innings for the staff. The heart of the lineup, with Paul Goldschmidt (131 OPS+, 4.9 bWAR), Nolan Arenado (123 OPS+, 3.8 bWAR) and Tyler O’Neill (139 OPS+, 4.8 bWAR) is pretty solid. Tommy Edman, Dylan Carlson and Harrison Bader have had extended runs of good offense. The defense is really good — 73 Defensive Runs Saves leads the majors, ahead of the second-place Astros, at 67 — and that matters in October.

MORE: Yadier Molina’s Hall of Fame case isn’t complicated for those who’ve competed with him

But Gerrit Cole is a good option for a win-or-go-home wild card game and, damn, they looked incredible for most of August, so you can’t count them out completely.

Actual, legitimate shot at a title

Thoughts: I’ve been saying for quite a while now that the Jays would be a dangerous team if they can somehow get into the postseason. Well, now they’re in position to make that happen, and they’re absolutely dangerous.

Vladimir Guerrero Jr. and Marcus Semien are going to finish top-five in the MVP race, and five other Blue Jays have at least 17 homers, too. Robbie Ray might win the AL Cy Young award — good guy to have in a wild card game, eh? — and the rest of the rotation is only a tick behind him. If they get in and get past the coin-flip game, I think they might be the AL favorites.

Thoughts: Yes, of course they can. Despite being in the wild card spot right now, the Dodgers actually have the best World Series odds in baseball, which is really saying something. This is an outstanding team, with a rotation headed by Max Scherzer, Walker Buehler, Julio Urias and Clayton Kershaw. The lineup has Mookie Betts, Trea Turner, Max Muncy, Corey Seager and Chris Taylor. The Dodgers are the first wild card team, but they’re 16 1/2 games up on the second wild card team. They absolutely can win it all.

Does Anyone Honestly Believe That Inflation Is “Transitory” Anymore?

Ex-Goldman Sachs exec bullish on ADA: Where to buy Cardano

$16B charity provider enables Bitcoin donations via The Giving Block