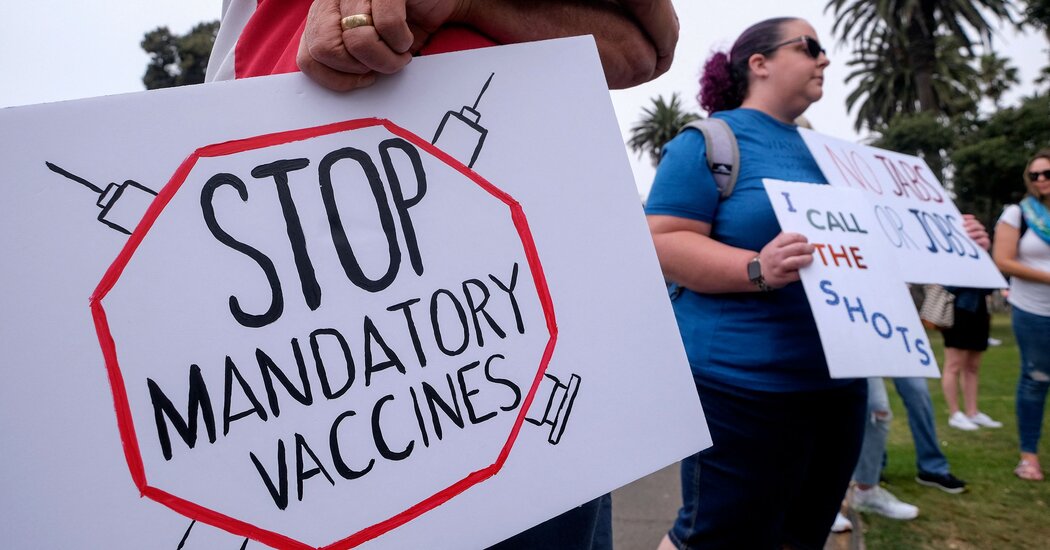 
Unvaccinated individuals who were never infected by Covid would certainly benefit from vaccination. But the coercive approach has major downsides. The most anti-vaccine Americans — those who are adamantly refusing the jab because of a misguided belief that it’s dangerous — will probably not change their minds because the government is strong-arming employers. On the contrary, the federal mandate might actually be taken as confirmation of their paranoid suspicions that the vaccines have less to do with their health and more to do with social control.

As a practical matter, it’s undeniable that the federal mandate will engender a titanic backlash and create a spate of lawsuits. Vaccine holdouts have already taken legal action against employers requiring vaccination: Todd Zywicki, a law professor at George Mason University in Virginia who had recovered from Covid and has antibodies, recently fought his institution’s mandate and prevailed. And Republican governors are certain to battle Mr. Biden over this policy. Gov. Kristi Noem of South Dakota, a Republican, tweeted at the president, “See you in court.”

It’s true that courts have upheld vaccine mandates in certain circumstances: In a 1922 case, the Supreme Court famously ruled that a city ordinance could deny admission to students who failed to get the smallpox vaccine. But the assertion that a public official can completely sidestep the legislative process and enact a much farther-reaching vaccine mandate via administrative action should elicit skepticism from even those who vigorously support vaccination.

There are other ways to nudge the populace in the right direction. Rather than punishing the unvaccinated, the government could create an incentive for vaccination by lifting restrictions for the vaccinated. This was the approach initially taken by the C.D.C., which said this year that since the vaccinated were well protected, they could almost always safely discard their masks. Unfortunately, the more transmissible Delta variant spooked federal health officials, and the C.D.C. reversed course. Some municipalities, including Washington, then reimposed mask mandates, even though the science hasn’t actually changed: The vaccinated are still well protected from Covid.

Some people would probably voluntarily get the shot if they knew for certain that a vaccination card was a ticket to living a normal life once again. Regrettably, Mr. Biden’s mandate moves in the exact opposite direction, with the White House saying his plan will ensure that “strong mask requirements remain in place.” If the government is concerned about vaccine hesitancy, it should trust the vaccines and drop other restrictions. People should know that if they get vaccinated, they will be better off. Instead, the White House is sending the message that people must get vaccinated but should hardly expect things to be different afterward.

It’s worth repeating that the federal vaccine mandate represents a broad expansion of the executive branch’s power. And Mr. Biden will not be the chief executive forever. Gov. Ron DeSantis of Florida, a plausible 2024 Republican presidential candidate, has used his current authority to prohibit private vaccine mandates in his state. Is this really the time to solidify the idea that the president is the ultimate authority on whether such things should be required or forbidden?