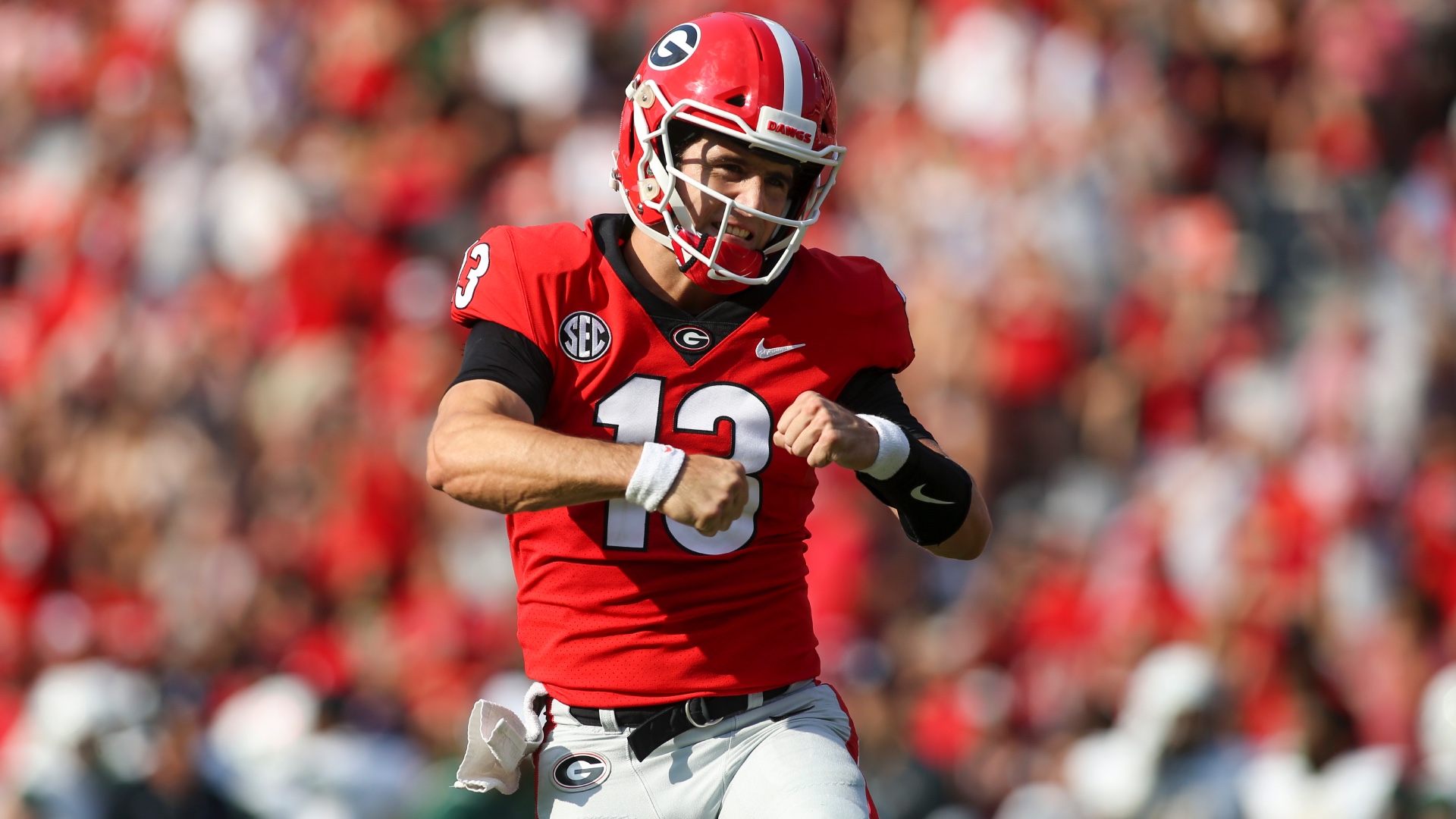 Georgia senior quarterback Stetson Bennett had quite the game Saturday against UAB. In the first half alone, he completed 8 of 9 passes for 269 yards and five touchdowns. He had a 775.6 passer rating in the first quarter.

While throwing five first-half touchdowns is a big achievement in itself, there’s also the fact three of those touchdowns totaled more than 60 yards each. Only two other college quarterbacks have done that — Casey Pachall of TCU (in 2011) and none other than Patrick Mahomes of Texas Tech (in 2016). Bennett’s longest first-half touchdown went for 73 yards.

Plus, the five TDs tied a school record for passing touchdowns in a game. The last Georgia quarterback to do it was Aaron Murray in 2011.

BENDER: Oregon’s upset of Ohio State was a long time coming for Pac-12

The craziest part was that Bennett wasn’t supposed to start Saturday. Freshman Carson Beck practiced with the first-team offense during the week in place of injured No. 1 QB JT Daniels (oblique). Georgia coach Kirby Smart seemed to want Beck to start, which is why fans were shocked when Bennett was announced as the starter for the home opener. Maybe the crowd’s boos fueled Bennett, who did not disappoint in his 2021 debut.

Bennett opened the second half with an incompletion, his second and last of the game. He also ran 20 yards to set up another Bulldogs touchdown.

MORE: ND’s Coan throws winning TD after having finger popped back in place

Smart put in Beck late in the third quarter to finish the game. Bennett finished completing 10 of 12 passes for 288 yards to go with the record-tying five passing TDs. The Bulldogs won 56-7.

Stetson Bennett is the 3rd FBS player over the last 15 years to record 3 pass TD of 60+ yards in a single half, joining Patrick Mahomes in 2016 and Casey Pachall in 2011.

Stetson Bennett has 5 pass TD today, tied for the most in a game in Georgia history. pic.twitter.com/I2hIhbUE78

Daniels’ return date is to be determined, but after Bennett’s performance, Smart might have a decision to make. Bennett started five games for Georgia last season before he was replaced by Daniels. This could turn into a second chance for him.