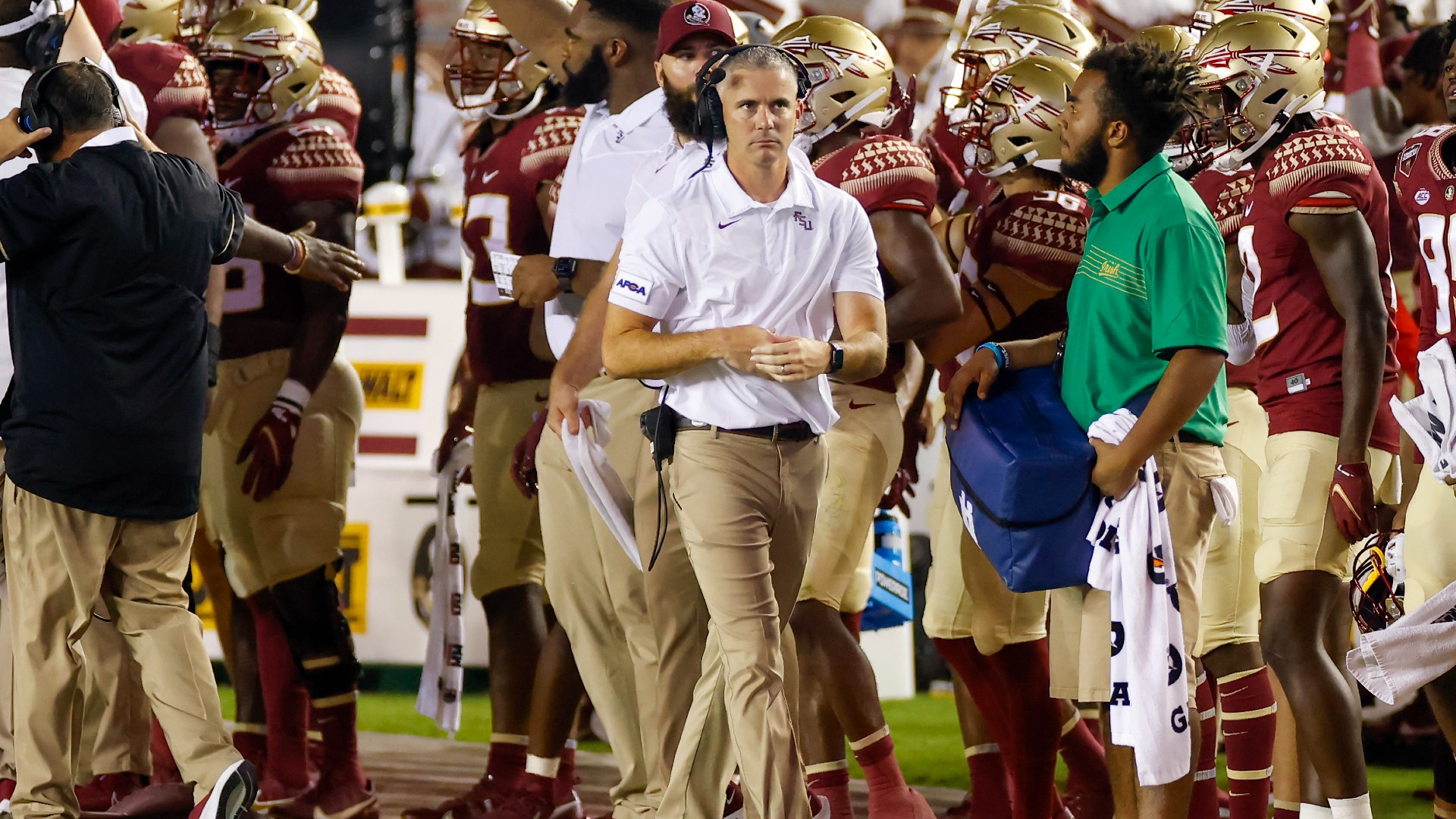 Teams are starting a trend: walking off the field of Doak Campbell Stadium with a win over Florida State.

First, it was No. 9 Notre Dame in a thrilling overtime finish. Then it was . . . Jacksonville State at the end of the fourth quarter?

The final play Satutrday night began with six seconds left. Quarterback Zerrick Cooper threw to wide receiver Damond Philyaw-Johnson at the FSU 20. Philyaw-Johnson stutter-stepped to shake one defender before his teammate, wide receiver Ahmad Edwards, came up the field to throw a block. Philyaw-Johnson walked into the end zone to wrap up the 59-yard play as time expired and deliver Jacksonville State (1-1) a shocking 20-17 victory.

The Gamecocks’ win continues what had already been a standout start to the year for FCS football programs: FCS now teams have nine wins over FBS opponents in two-plus weeks.

Jacksonville State scored twice in the final 4:45 to wipe out a 17-7 Florida State lead. The Gamecocks also outgained the Seminoles 350-335.

Just the week prior, the Seminoles felt as if they had reason to be excited about the season. They took the Irish — who reached the College Football Playoff a season ago — to overtime, but then missed a field goal attempt. Notre Dame kicked a walk-off field goal and escaped Tallahassee with a 41-38 win.

Jacksonville State is not exactly Notre Dame. The Gamecocks were coming off a 31-0 home loss to UAB in which they were outgained 517-156.

Notre Dame, meanwhile, won a close matchup Saturday vs. a team it should beat. It went to the final minute with Toledo before quarterback Jack Coan saved the Fighting Irish from a potentially damaging loss in terms of CFP resume.